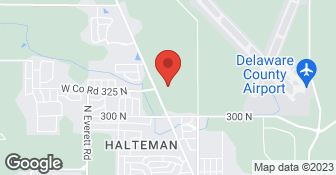 At Mr. Rooter® Plumbing every customer’s individual needs are important. Whether it’s a simple sink clog or a damaged sewer line, you can count on a Mr. Rooter plumber to take care of your plumbing needs – day or night – with never an overtime charge. Our professional service, quality products and honest, up-front pricing make Mr. Rooter the best value in plumbing services nationwide. Mr. Rooter is ready for all emergency plumbing issues, from clogged drains and sewage backups to frozen pipes and leaking water heaters. You can count on an expert diagnosis from Mr. Rooter with our camera inspection tools. Then we’ll fix it right the first time, whether it takes HydroScrub® drain cleaning or trenchless pipe repair, with courteous smiles on our faces. There's a reason they call us Mr.® Call your local Mr. Rooter today.

They are way overpriced. No, I would not use them again because of the price.

Monday August 24th my wife, attracted by a $40 coupon, placed an order to have kitchen and bathroom faucets installed. For approximately 2 hours on August 26th, the Mr. Rooter technician, Jason Bailey worked on the job. Before any work could be done, however, a total final cost of work had to be calculated. This cost came to $580.00. Aghast at this price I reduced the order to work on the kitchen sink only, so reducing the cost to $400.71. As work proceeded Mr. Bailey discovered that the old drain assembly could not be fitted to the new sink unit. Therefore a further work order charge to install a new drain assembly had to be calculated. This charge came to $190.59. Mr. Rooter does not separate out the cost of parts from labor on its invoices. This way the company can hide the absurd disparity between extortionate labor charges and the cost of parts. I have since priced the PVC parts used for the drain assembly and estimated the cost be $23.93. If Mr. Bailey had used metal parts for the drain assembly, as was requested, the cost of parts to Mr. Rooter would have been several times more. Instead the cheapest parts possible were used. The sink trap doesn?t even have a clean out!! On completion of the work Mr. Bailey asked me to check out the work. I questioned the leak in the faucet and was assured that remnant capillary water had to take time to drain out. But, the faucet continued to drain continuously. Mr. Bailey was called back. He informed me that the hot water seal in the handle was faulty and had to be replaced which he would do for something in excess of $200.00. The following day I uninstalled the kitchen faucet and installed a new replacement myself ? the cost $151.94. The real cost to Mr. Rooter to repair the old faucet could not possibly have been more than the cost of a site visit, a new seal (generous estimate $25.00) and 10 minutes of labor. At each step of the way, as the work was broken down into separate sales contracts, I was asked to sign an agreement threatening that if I didn't pay for the work when completed, I would face legal action including possible "legal ownership rights to your home." What business practice could be more draconian? The whole experience of this repair service can be summed up as nothing less than predatory gouging. And the moral to this sorry tale - don't be fooled by coupon promos.

Description of Work
Installed a old faucet and a new drainage assembly in new the kitchen sink. Evaluated but did not repair hot water seal in the faucet.

I think the price was reasonable. It may have been a little on the high side. They had to get somebody else in to do the ceiling. That was the part that was a little expensive. They were professional and knowledgeable. They took care of us.

Description of Work
Mister Rooter fixed a leak in our ceiling coming from the upstairs bathroom. They removed some of the ceiling, fixed the leak and replaced the ceiling.

I was initially happy with their work. They explained all the problems with the drains and gave me an accurate estimate. They finished the work in a timely and professional manner. The issue is that the work was done in the winter when the ground was frozen and snow covered. I have spoke to them several times in the past 3 weeks now that the ground is thawed and have been given dates they would come out and repair the groundwork. I have several holes in the yard, one being almost 3 feet deep. I have been scheduled for repairs but to date they have not been done. I'm told each time that they encountered a job that took longer than expected. If they do the repairs I will come back and amend this review. But at this time could not recommend this company.

As a family-owned and operated business, we have proudly served our loyal Indianapolis customers since 2011. Backed by more than 40 years of hands-on industry experience, we are well versed in all areas of plumbing, indoor air, heating, and cooling. In fact, our licensed and insured Indianapolis plumbing and HVAC technicians always stay on the cutting-edge of industry advancements.  …

We are a full service company offering a wide range of solutions to meet all your plumbing heating and air conditioning, and indoor air quality needs. We provide complete sales, installation, repair and service of all makes and models of residential and light commercial heating and air conditioning equipment, water softener installation, service for wells and all types of plumbing repair.  …

Locally owned and operated and have been in business for 20 years. We accept cash, check and major credit cards. No extra charge for nights/weekends/emergency service.  …

How is Mr. Rooter Plumbing of Muncie overall rated?

Mr. Rooter Plumbing of Muncie is currently rated 3.8 overall out of 5.

What days are Mr. Rooter Plumbing of Muncie open?

No, Mr. Rooter Plumbing of Muncie does not offer free project estimates.

No, Mr. Rooter Plumbing of Muncie does not offer eco-friendly accreditations.

Are warranties offered by Mr. Rooter Plumbing of Muncie?

No, Mr. Rooter Plumbing of Muncie does not offer warranties.

What services does Mr. Rooter Plumbing of Muncie offer?