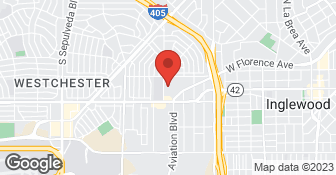 Since 1930, Rode Bros has established itself as one of the best flooring contractors in Los Angeles. From elegantly simple to classically detailed, our award-winning craftsmanship will provide you with flooring made to last a lifetime. Installation, re-finishing, sourcing high end flooring material, trust Rode Bros to handle your project....

Shortly after the floors were completed, as early as in April, we began to see separation between the wood panels and called Dan to see if he could have someone come over to look. He explained 'it was busy' but assured someone would come soon. Unfortunately this was not the case and from that time until now, well over one full year and 5 months ago, I have gotten the longest run around of my life. There were dozens of phone calls back and forth and here are the ones that I had made notes on: 5/13/13: ... yes 2013! Received a message back from Dan on calls I had left him telling me he was still trying to come over to our house to inspect the floors and would come soon. Many more calls and messages went back and forth until 10/8/13: 5 months after the message I had from Dan, Dan finally made it over to our house. He saw how the floors were separating and said it was probably caused by the bleaching of the wood and said he would send Armando or Henry over for a look.. nothing happened; I called and left a more messages. 5/5/14: ...yes now 2014 and one year later after my first call. 7 months had passed since Dan had come over on 10/8 and again I called and got Dan on the phone.. he said he was going to come to our house and still is trying to get Henry or Armando over. He said Armando has been on a job in Santa Barbara and busy busy busy. I listened patiently and because I was desperate for a solution I agreed to wait a few more weeks and set a calendar date for both Dan and Armando to come to our house on 5/19. 5/17/14: I texted Dan to confirm he and Armando were still planning on coming over on 5/19, at this point I was losing confidence, and as I had feared he said now they could not make it because Armando had started another job. Beyond frustrated I reminded him I had patiently been waiting over one year for a solution and it had been 7 months since he had last come to our house and that he needed to make my job a priority too. He again said he didn't know what to tell me and that you've been busy. So I suggested maybe it would help if I texted pictures of our floors which he agreed could help. I took and sent the pictures attached. Dan emailed me right back after seeing the photos and recommended we replace the floors entirely which is insanity! Not the solution I would expect floor experts to have for something that looks to me would have a simple solution. When I explained this was not an option he said he would send someone over to look at them again in person. 5/30/14: Dan sent Joe Marquez to come and look at the floors.. Joe came and kept assuring us that Rode stands behind their work and we will get the floors we've always wanted and he would get right back to us with a solution and floor samples for options if it had to be redone and for follow up we scheduled for him to come back with floor samples and answers on next steps on 6/9 at 9am. 6/9/14: Joe calls 30 minutes late from the time he is supposed to be at our house and says he is on his way but I could not wait another hour for him to make it and had to head to the office. I ask him if he has samples and he said no, that he is going to give us the floors exactly like we wanted.. when I asked him what that meant he said again they would be exactly what we wanted. I asked him if it would cost us anything and he said it would be cheaper than we paid last. I asked him to email the quote and then I waited and waited and waited... nothing. I called and left Joe messages on 6/10 and 6/11.. I have still never heard back from Joe. On June 26th I finally emailed the owner of the company, Joe Ademo in hopes of getting a solution and nothing.. Work with this people at your own risk. Your business is not important to them. They don't stand behind the quality of their work and they don't respect their clients enough to provide good service.

Description of Work
Hired Rode Bros thru Dan Papas in February 2013 to refinish approximately 1,567 sq ft of Douglas Fir end grain floors. Paid the premium rate of $10 per sq ft to bleach and refinish the floors to a white finish. This quote was double the cost of two other quotes I had received (and the average cost I found online) and when I asked Dan why he said it would be a difficult job, Rode Bros charges a premium to do the best work and stands behind their work to make sure it is done right. Based on Dan's assurance and also because the previous owners of this home also used Rode Bros I contracted Rode and paid $15,670 for the work. The work started on 2/22/13 and ended around 3/6/13. Also throughout all of the work the workers Henry and Armando continually reassured me that if we ever needed anything like repairs or service we can call and they would come.

We had some damage in the center of our kitchen floor - our puppy had managed to move her metal play-pen around so it created some pretty deep scratches. Also had some water damage in our master bedroom by the sliding glass door. Although they warned me it probably wouldn't match exactly, when I walked in the house the evening the work had been done, I was absolutely "floored" to use a pun - it matched almost exactly with the area around it - just looked a little bit cleaner. They arrived on time, were clean (left NO dust behind), professional and they're absolute artists!!! In the bedroom, they replaced the water-damaged boards which look just like the surrounding area. I was extremely impressed with these folks!!!!

Description of Work
They repaired a damaged portion of our kitchen floor and replaced some water-damaged wood in our master bedroom.

Mike Pillar and Sons is a family owned and operated business. We have been providing over 40+ years of "old fashioned" & modern hardwood floors to the West Los Angeles, San Fernando Valley and Ventura County areas. Most of our employees have been with the company for over 20 years. We have a field supervisor Michael Pillar, along with Mike (Owner) who promises the personal attention and service that each customer deserves. You can always call the office as well and speak to Wendy Pillar, who can help answer any questions that you may have.  …

Arbor Hardwood Floors is a family-owned business specializing in custom wood floor coverings for your home. With over 15 years of experience serving the LA and Ventura County areas, you can trust our expert staff to provide the personal and professional service you deserve at a fair price. Whether it’s a minor repair, sand and refinish or brand new install we treat every job like it’s our own.  …

How is Rode Bros overall rated?

Rode Bros is currently rated 3 overall out of 5.

What days are Rode Bros open?

No, Rode Bros does not offer eco-friendly accreditations.

No, Rode Bros does not offer a senior discount.

Are warranties offered by Rode Bros?

What services does Rode Bros offer?