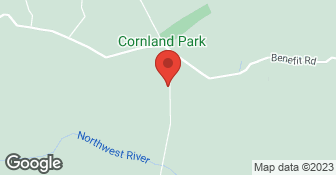 I called MSH three times and left messages for them to call me to set a time to walk through the project. MSH never returned my calls.

We have lived in our home 9 months and I could not be happier with it. The quality is there!! Mr. Hartman and his team did an excellent job. I stopped by the house almost every day during the last month of construction and everyone I met was kind and allowed me to ask questions and see what they were doing. My home is just beautiful! There are details and touches included with this home that we could not find in other builders such as crown molding, engineered hardwood and tile, ceiling fans in every room and a water softening system. We were very impressed with what we received for the price of our home and I wouldn't hesitate to have them build a home for someone in my family. Love MSH Homes!

His team was professional and work completed in a timely manner. There were a few hiccups with electrical and painting, but Steve stayed on his team and promptly corrected each issue. I have had quite a few contractors at my house and I have to say, Steve Hartman is one of the best with which I have worked. He honored his contract and completed the punch list items. In fact, we had a large picture window with two side lights. He was supposed to replace the side lights with functioning windows but found that it could not be done without replacing the huge picture window as well. He replaced all three windows with no extra charge to us. I would not only use this contractor again, but I would recommend him to friends and family.

I called MSH Homes and setup an appointment with Steve Hartman to come out and take a look at my job site. Prior to this, I had called several other contractors and had mixed results. Many contractors didn?t even return my call. One contractor went so far as to setup an appointment with me and then failed to show for the appointment. The fact that Steve took the time to answer my call, setup an appointment and then show up for the appointment was huge. For our first appointment, Steve called and told me that he would be a few minutes late. This may sound like a small courtesy but is a reflection of how Steve handled the job from start to finish ? professionally and in consideration of my time. Steve kept me informed and ?in the know? at all times. Before, during and to job completion, Steve kept a good line of communication open between me and him. I always knew what to expect next in the progression of my project. This kept us both on the same page and helped to avoid any misunderstandings throughout project progression. In a related note, Steve was easily accessible from job start to job completion. I never felt like I was playing phone tag or trying to chase him down. Steve made the entire process of completing the project very easy and smooth. He listened to my concerns and requests and addressed each one making sure everything that needed to be done in order to see the project to a successful completion got done. In addition, I feel as though he adequately manned the project. Every day that weather permitted something could have been done on the garage construction, something was done. I never felt like Steve started my project and then abandoned it half way through to go work on another project. Again, a ?small? thing making a big difference in my overall satisfaction. I feel like Steve is an honest hard working guy who won?t try to ?pull one over? on the client. He is more concerned about doing a good job and getting it done right than making a quick buck and then moving on to the next job. This is the kind of company that you want working on your next home improvement project. I would definitely recommend MSH Homes to friends and family and would use them again in the future.

Description of Work
Remove and replace an existing rotted 18'x20' detached garage. Bring the foundation for the new garage an additional 2 ' off of the back of the property line to satisfy city code requirements (i.e. new foundation poured). The old structure was 1' from the property line. Remove an approximately 8'x 20' section of the driveway and replace with a new slab about 16' x20'

MSH provided a well structured home built to a personalized floor plan suited to our family. It was easy to reach the builder at all times, and his crew was extremely professional. This was an outstanding experience and all of my friends get this companies name when I get asked of anyone who does remodeling or home improvements also. Thanks MSH Homes for doing a top quality job on a reasonable budget!

There was a small delay due to completing another job, but Steve came thru when we had to move our horses. All workers were polite and respectful of our property. They cleaned up at the end of each day. We had a need for a specific type of electric fencing and Steve did his research on how to properly install the fencing and showed us how to test and tension it. Plan on calling Steve when we have the money to replace the front porch wooden railings with vinyl. Would definitely use MSH Homes again.

There were some small issues that popped up from time to time, but Steve was quick to correct them and was very easy to work with. I would definitely use him again for other projects.

Description of Work
Steve and his company added a bathroom, Utility room and walk in closet to my existing house. He did an excellent job in a timely manner. they matched the plaster work to the rest o0f the house even though we had not discussed this and the trim was all stained to match. I am very pleased with the amount od detail that he put into making it perfect for me.

Everything has gone really well, and he is working with us to stay within a budget. We had some miscommuncations in the beginning, but I believe those have all been resolved.

Description of Work
They're about to add a second story to our first story level, and are starting this coming Wednesday. We've only signed the contract so far.

Description of Work
Addition on back of house.

I had a good experience with them. They were polite and straightforward.

Description of Work
We got a quote from MSH Homes Inc on kitchen remodeling.

It went very well and very fast. Steve came and gave my husband and I an estimate, but this entire job was done while my husband was away. Any questions I had were answered right away. All debris was hauled away. We are so very pleased with the outcome. We would most certainly hire him again

Description of Work
The band board at the entry way of the house had rotted, so it had to be cut away and replaced; subfloor inside home entry had to be removed & replaced. Because house is 20 years old, vinyl siding was brittle and needed to be replaced. An addition of a roof over the front door stoop was added. They were able to replace the band board without tearing up the front stoop which saved some money. New subfloor was replaced, laminate flooring in entryway was installed and we chose to extend the new flooring into the dining room. New siding was put on. An A frame roof was built over the front entry stoop. New vinyl rail was also installed on the stoop.

OBTAINED MSH HOMES INC. OWNED BY STEVEN HARTMAN.. TO BUILT AN 18 X 30 ADDITION TO BACK OF OUR HOME..THIS COMPANY HAS PREFORMED AN OUTSTANDING JOB. EVERYTHING WAS DONE AS REQUESTED..AND WENT ABOVE AND BEYOND IN QUALITY OF WORKMANSHIP. WAS GIVEN ON SITE APPRAISAL.. ESTIMATED TIME TO COMPLETE STRUCTURE WAS 2 TO 2 1/2 WEEKS.. ACTUAL JOB TOOK 1 WEEK TO COMPLETE..WOULD HIGHLY RECOMMEND STEVE AND HIS CREW FOR ANY JOBS.. EVERYONE WAS VERY PROFESSIONAL AND COURTEOUS..WE HAVE TAKEN PHOTOS FORM BEGINNING TO END OF CONSTRUCTION.. ANYONE WANTING TO VIEW OUR PHOTOS FEEL FREE TO EMAIL ME AT shadowgram3@msn.com ..

MSH company owner (STEVE) called, visited, quoted a competitive price, competitive timing, a minimal sub-contractor verbal guarantee and invited us to two of his spec homes to help us envision the quality of this work. We signed with MSH soon after and work began on the date promised. We are no nonsense people and were looking for a down to earth and practical builder that we could trust in our home and who could appreciate what we were looking for - quality, honesty and timing. Demo happened in less than a day and the rest of the work was honestly a blur - it happened so well and so quickly. The job was finished within the 3 weeks quoted (cumulatively only 13 days) - granted cabinets came in a week early. But what impressed me most about MSH was their responsiveness, timeliness, diligence and friendly demeanor. To boot, they received quality critique from me without objection, fixing anything (no matter how small) and ensuring my satisfaction. I will absolutely hire them again for our Master Bathroom and Recreational Room Addition soon!

MSH Homes Inc is currently rated 4.5 overall out of 5.

No, MSH Homes Inc does not offer eco-friendly accreditations.