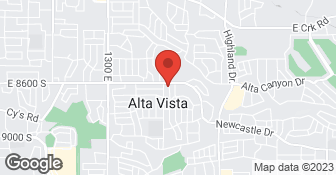 Woodruff Construction is a father and son owned and operated business. We are licensed and insured General Contractors with over 28 years of combined experience in the residential and commercial construction/remodeling industry, with a wide variety of styles from contemporary to traditional. We specialize in all remodels like kitchens, bathrooms, basements, additions, roofs, tile, painting, new builds, and all other aspects of construction/remodeling. No job is to big or to small to make your dreams a reality. We pride ourself on providing affordable building solutions while keeping customer satisfaction our priority. We would love to hear from u today for your free estimate from the best in the business!...

Had them come over and give me a quote for a remodel project. After walking through the house, we discussed the timeline and I was told that I would have a quote in a few days. After about a week I asked when I would receive the quote because we needed to start on the project the following week to have the home ready for us to move in by our deadline. Rylee again promised me that he would have the quote to me soon. Several more days passed and I still didn’t receive a quote. I continued to inquire about the quote and make sure he was still planning to meet my deadline and was promised that he would. Well, after several excuses including being out of town, having problems with their computer system not sending quotes, etc. I did not ever receive a quote and now the timeline has come and gone and we are scrambling to finish our project on our own (and with the help of more trustworthy contractors) but will not be finished when we have to move in. I understand that contractors are busy. But please don’t make promises that you are unable to keep. Let people know that you are busy and will need to pass. Instead, I see this company continuing to promise people on Connect Utah Facebook Page and they apparently don’t have time to actually show up and do the work they promise. I hope not many other people have been burned like we were by this company. Please, stay away from them!

This job became my worst nightmare. This father and son duo provided a quote that seemed accurate. (Original quote was $6015.00. I additionally purchased the new tub, vanity sink, vanity mirror, floor tile, towel rack and all fixtures. $1,700 out of my pocket) They showed up on time the first day and then appeared for a couple of hours, every other day for the first 2 weeks. They chose to not work on my house on the weekends, even though they do work weekends. After 2 weeks of this, they sent me a new bill for $3450 in ADDITIONAL CHARGES. A 50+% increase on their additional bid, saying they had done extra work and this is what it came out to. The only additional thing on this bill I had agreed to, was a new sub floor & can light. At no time along the way did they give me a new estimate, get me to sign off on extra work or tell me they were charging me more. When I said I wouldn't pay the overages, all **** broke loose. The father communicated with me in a less than professional manner. He was angry, aggressive and downright rude! I guess they've never had someone tell them no before, on pulling this kind of stunt. This job took 22 days to complete (they said 14), I was threatened with a lien on my home, court & combative texts and emails etc. I finally had to call my lawyer to know my rights, in order for them to finish my project. Although their work is pretty good, the emotional toll is not worth it and their belittling, threatening attitude is disconcerting . I finally settled with them for $1200 of the $3450 in additional costs, but still had to wait 5 days for them to appear to finally do the work and they still left me with a leaking faucet & door not trimmed out. I have pictures and screens shots of all of this. Do yourself a favor and find someone else to work on your home if you value your own time and sanity.

Description of Work
I hired Woodruff Construction to remodel a 6' x 9' upstairs bathroom and to also install a new, interior door to my garage, to bring it up to code.

Why does this always happen when a client request all this extra and then when they get the bill for all the extras they go crazy. First of all it was this client that wanted to purchase all of her $1700 worth of fixtures as the client wanted to use all of her Amzon.com gift cards. After happily revising her estimate 6 times to be able to get it within her ever shrinking budget it was still that an "estimate" before demolition. It was after the demo had started that all of the issues, problems, and damage were discovered such as, damaged subfloor, cracked toilet drain that was the issue with the water damage in the basement, having to relocate the tub drain resulting from the purchase of a factory second tub, lowering the sink drain in the wall to accommodate the purchased sink vanity combo Swedish made from IKEA, the uneven framing discovered behind the plastic tub insert that needed to be furred out to give an excellent quality subway tile installation on the walls, then add a paint job at the end of the project. All of these and more were pointed out to the client and told they would be extras and in the signed contract it spells out that all items not outlined in the above description will be considered an extra and billed out at a labor rate of $65.00 per man hour plus materials. She told us to "go ahead and do whatever it takes to make the job right". The client was told it would take between 10 to 15 business days to complete the project. We do not work weekends when there is not overtime built in the contract nor when the client is unwilling to pay overtime rates. She stated it took 22 days she is counting weekends it took 17 business days with all of her extra work included, yes we do work on weekends when the client is will to pay overtime rates to make their increased deadlines. On day 15 of the project the client was sent a bi-weekly invoice, as stated in the contract, which included the charges for the extras and that is when all H*** broke loose. We were then demanded to meet the client at 8:00 to explain ourselves. When I arrived there the client was already hot under the collar and let me know "there is no [Member Information Removed] in H*** she was going to pay us that amount" and then started out letting me know "she was an independent woman that was not to be bullied", "she had gone through a bad divorce", "purchased the house on their own", and on and on. Once that was finally over we agreed to lower the extras from $3400 to $1200 to help her out as that was "all the money she had left". She then agreed to give me a $3000 check for the biweekly invoice and the agreed on $1200 for the extras when the project was completed that was initialed by both parties. A few days later our bank informed us the client stopped payment on the $3000 check, it was after we consulted with our legal counsel that the property lien and small claims court was brought up by me. Then the degrading, rude, demanding text messages and emails started by the client. A few days later we went back to the hostile environment she created and finish our end of the contract and the extras. While there she started degrading me to my son and business partner including saying things like "he should leave me and start his own business" and other things I'm not going to mention. Our work is excellent. I too have pictures, screen shots of text, and emails I could show. If you value your business and getting paid for the work you have done stay away from this customer. CONTRACTORS BEWARE
5.0

We are a small locally owned 21 year old business with ten employees. Fully licensed and insured. Each job is customized to its individual design for color aesthetics and functionality. We accept payment upon completion for most jobs.  …

There is not one service in the residential and commercial construction/remodeling industry we can provide for you. We are an all service company.

How is Woodruff Construction overall rated?

Woodruff Construction is currently rated 2.3 overall out of 5.

What days are Woodruff Construction open?

No, Woodruff Construction does not offer a senior discount.

Are warranties offered by Woodruff Construction?

What services does Woodruff Construction offer?

Are there any services Woodruff Construction does not offer?

There is not one service in the residential and commercial construction/remodeling industry we can provide for you. We are an all service company.