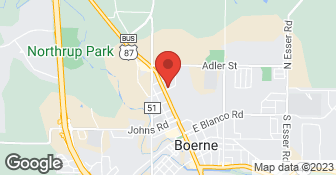 Welcome to River City Flooring. We are a proud San Antonio and Austin based distributor of premium flooring. We pride ourselves on our reputation for great prices, quality flooring, and fanatical customer service. Our specialty is premium grade Engineered Hardwoods, which we source directly from the manufacturer and buy in bulk containers. By cutting out the middle-men and buying in volume, we are able to pass our savings on to you. As owner/operators we are committed to helping our clients find the perfect flooring solution for their needs; from a simple home office, to a large commercial space, we offer solutions for every flooring need. Check out our profile to learn more about what sets us apart from our competition. We strive for 100% customer satisfaction on each and every job. Others may say it, but we actually mean it. That is why YOU WILL NOT PAY ONE PENNY UNTIL THE JOB IS COMPLETE AND YOU ARE 100% SATISFIED. No deposit. No half up front. Nothing until the job is complete. Try finding that with the "other guys!" We know you have many options and we appreciate your interest in our products and services. Contact us today for a free in-home estimate and consultation, or to schedule an appointment to see our new showroom off Wetmore and Thousand Oaks. Additional email: info@rcfhardwoods.com.  …

Epic Flooring gave us the best overall customer service for a home improvement project that I've ever received. They installed carpet and laminate floors throughout our entire home. There were two different groups of installers, but the best part was they were able to integrate the work through the house. They worked to provide us with the least amount of interruption that we could have expected with such a project. That was very important, as I work out of an office in my home. They were helpful and considerate, and they did the work quickly. They were clean, and there was no damage to personal items during the process. The end result is wonderful and beautiful! We're very happy with the results and we will use them again for anything else we do in the home. We are already planning on installing granite on the countertops in our kitchen. You can trust the design consultant and owner Susan Lyman-Krom to provide quality products and competitive pricing. Epic Flooring uses professional installers that do a great job and they are courteous and considerate of your needs while they are working on your home. Hands down I would recommend them!" - Pam L.

Thank you so much, it was a pleasure working with you!
5.0

Description of Work
Epic Flooring did a great job for me. Susan kept her staff moving until completion of the job. Yes, I will be calling Susan again.

Thank you so much for allowing us to be of service to you.
5.0

After my niece saw my flooring, she and her husband contacted Susan to install their floors.

Description of Work
I wanted to install new flooring in my home, and I am so pleased Angie's List helped me find Epic Flooring, LLC of Boerne, Texas. If there were a grade above an "A", I would give it to them. I appreciated the quality of their workmanship, the fairness and clarity of the bid, the services to be performed with completion dates, and their attention to detail. No other bidders offered the recommendation for acrylic grout rather than conventional "sanded grout". The installers arrived "on time" each day of work. Pleasing the customer is very, very important to Susan, the owner. Once she accepted the job, Susan took care of everything. I didn't have to worry about any of the details - it was wonderful. I highly recommend Epic Flooring.

Very nice, friendly greeting when we arrived at their showroom. Many great examples to review and we found exactly what we wanted. Very easy to work with in scheduling around our purchase and move. Quick estimate, and we agreed to move forward. The crew was fast and professional and the flooring looks great. They followed up with us to make sure we were happy and that everything was as expected.

Description of Work
We started our remodel with just updating the ceramic tile floor with a top-grade travertine tile and installing new carpeting. Susan was always available if we had questions. Her demeanor is very professional and knowledgeable. The sub-contractors she works with were top-notch - all of them! They were always on time and once they arrived at our house, they never slacked off -- they really worked hard! Once the travertine project was underway, my husband also suggested that we upgrade the tile in the Master Bath shower and install a granite vanity. Susan never skipped a beat; she had great suggestions for what would coordinate with the floor, and once again everything was done on time and very professionally. The only thing we're sorry about is that we didn't do this sooner! Our house looks like it stepped out of a Better Homes and Gardens magazine. I'm happy we shopped a local contractor -- Epic's pricing was very reasonable compared to all others we interviewed. The most difficult part was living through the demolition and construction with all our pets. But we did it, and we are very happy!

It was a pleasure doing business with the Member's. Our goal is a happy customer. Their house looks fabulous! Thank you for the raving review :)
5.0

Description of Work
My only regret...that I didn't use Susan for more of our remodeling project. She has a wealth of information and lots of great people. She kept us from making a mistake in color choice. She was so right! Her experience saved us money and heartache.

We were extremely pleased with the final product. We have installed hardwood floors in several houses over the years and believe Jorge and his team are by far the best. They really know what they are doing. We ended up having a third coat of poly applied and it really made a huge difference. We would definitely recommend them to others and would use them again.

Description of Work
We had Epic install over 4,000 square feet of hardwood florring in our home on the first and second floors. It was a complex job given different levels in sub flooring. Susan was extremely thorough in her estimate and explanation of the work that would be required to meet our expectations. Jorge and his install crew showed up everyday for the entire project. They were punctial, highly skilled and took pride in their work. They kept us informed of progress along the way so ther were no surprises.

Everything went smoothly from to showroom service, getting samples, ordering the product, to the prompt installation in the living room. Excellent grade quality carpeting was installed professionally and looks great and wears well.

No serious problems but be sure to get everything exactly specified in the bid--they assure you that everything is ok and they are experts, etc., etc., but once you agree to a price for a service, they do not want to listen to your reservations or adjustments of the specs or price. For example, they bid 200 linear feet of baseboards, but about 30 feet was neither removed nor installed, and they didn't want to hear about it when their invoice was presented. When you question something, they talk down to you and offer standard boilerplate explanations instead of really listening to your concerns. Two significant concerns I had, that I would certainly do differently were I to do it over, were summarily dismissed--one by saying that's how they always do it (it looks lousy), and the other by conveniently blaming my floor as uneven. Wasn't the purpose of the subfloor to even out the finished product? If the subfloor after installation was uneven, it should have been sanded down accordingly, and the transitions from one room to another should have been addressed using a single sheet of subfloor that bridged the doorway (or wherever else there might have been a problem). But of course, their job was not guaranteed, so why am I concerned? Because it could have been done better. They broke or scratched some furniture as well, but nothing drastic.

Description of Work
821 sq ft Installation of subfloor over old pine flooring using liquid nail and screws, glue installation of engineered hardwood bought elsewhere, removal and replacement of baseboard, moving furniture back and forth. Since engineered product was bought elsewhere, Epic did not guarantee the result, and often reminded me that they were not responsible if something went wrong....

Customer bought all of his material off the internet rather than buying it from us through our authorized manufacturer's. We explained to customer prior to our contract that our company policy prohibits us from warranting materials we do not sell. He told us that he could not find anyone who would consent to install his job and so we agreed to do it for him. His home was a pier and beam 1935-1940 farm house and was NOT built in 1993 as he states in his report. This house had multiple sub floor issues and he wanted to pay as minimal as possible to level only the areas we were asked to install. Every room in his house was a different floor level. Obviously he has forgotten that HE admittedly scratched his own furniture at the time to our installers. In follow-up with the customer after his installation, the complaints he mentions in his report were never mentioned to us, on the contrary, he expressed his satisfaction.
5.0

Description of Work
Installed engineered wood flooring in bathroom. Sanded, finished wood floor in kitchen which had been covered with vinyl.

IT WAS A PLEASURE DOING BUSINESS WITH THIS CLIENT. WE LOOK FORWARD TO ANY FUTURE SERVICE WE CAN OFFER.