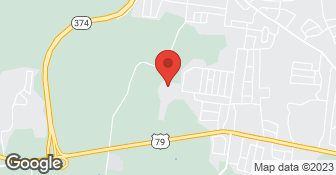 My specialty's are in the masonry business.I was raised in the brick and block patch I've worked mainly in residential,but I've also worked for commercial outfits over the years as well.Im a perfectionist I was taught if you do the job at hand correct the first time then you'll not ever be called back to have to fix any mess up's.Ive stuck with that modo over the years and most of my costumers would agree that's made my work stand out over others.I could be considered a HandyMan bc I was taught to pay attention and learn as much as you can and that's what I did so I try not to limit myself to masonry work bc I'm skilled for much more then just that area of the job.Ive been in this line of work my whole life and had my own small business since I was a young man. I hope to do business with you in the future and to bring happiness to your households.  …

Call us now at (615) 546-1615! AF Nieves Flooring Corp offers a wide range of flooring installation options. We are a locally owned and operated business out of Nashville, TN and we have the experience to get your floor done properly. We are offering free estimates and would love to hear about your upcoming project. Call or click for a free estimate today!  …

DJ's Flooring, in Hopkinsville, KY, is a premier flooring store serving Fort Campbell, Oak Grove, Elkton, Guthrie, Cadiz and surrounding areas since 1991. We make it a priority to offer flexible services to accommodate your needs. We have all of your flooring needs here at DJ's Flooring. Whether you're wanting carpet for your rooms, tile for your kitchen, or hardwood for your living room, we have it all! Stop by today to see our full inventory!  …

Mark does excellent work and I highly recommend him. Very reasonably priced and goes over and above to make sure you get what you want. Met me at Home Depot to pick out tile and also took the time to go to Lowes with us. He was very good at putting tiles together to help you get the look you want. He was late getting to the job, but he did phone to let me know which was greatly appreciated. I highly recommend him!

A++ job timely and courteous. Very detailed and through.

Description of Work
Removal and installation of tile in 2 bathrooms

I found Mark on Angie's List and called him a few weeks before I needed the work done. He said he would be available to do the work when I wanted it and to just call him when I was ready. A few weeks later I did, and he came by that day to check it out and we went over different options with the tile borders since I had a few difficult issues: there was a light switch plate right where the backsplash would have usually ended and I wanted a side splash, which isn't typical, but he was amenable and we figured out a way to finish the edges nicely. I was very surprised with how low his pricing for labor was considering he is a real professional. I had someone else come in and quote it and they were just a handyman company and they quoted me $500 on the same job, which I knew was pretty high and didn't seem right, but I didn't expect Mark to be as affordable as he is. My installer was Frank and he and Mark are definitely perfectionists. They were measuring the distance of my cabinets to my counter to see what height differences there were...there was a 1/4and quot; difference that they made sure to take into account when they tiled so that it wasn't noticable (i.e the tiles didn't start going downhill or uphill). And I know I had some issues with the walls bowing out that Frank had to deal with while tiling. It wasn't an easy job. Mark met me at Home Depot to look for the tile and the borders. And also helped choose an appropriate color for the grout. He's definitely very hands on with the whole process and wants to make sure you get the best results possible. I had purchased some rather cheap product, and they were able to make it work well and made the final product look and quot;expensiveand quot;. These guys are consummate professionals. They are neat, clean up their mess, and do a great job. Mark was also concerned with a few of my choices, worried that the end result wouldn't look that great, so we joked a bit about our and quot;creative differencesand quot; but he was really truly concerned with me getting the best result possible. He definitely doesn't just want to do whatever you want, if he thinks it won't look nice at the end. He wants you to be happy with it. I got my way, and Frank executed it beautifully. I later went to a friend's house and was admiring their backsplash and talking about the great experience I had with Mark and they asked: and quot;Mark Needham? He did our house too!and quot; They had a new construction house and worked with him for their tiling choices and said he also gave them great customer service despite the fact that the builder was really his customer: he also met them at Lowes to choose tile, etc. This is a company that really has pride in their workmanship. They don't just want to and quot;get it doneand quot;.

Description of Work
Tiled a full backsplash in my kitchen.

I had a 30yr. old shower floor give way. I found Mark on Angie's list and gave him a call. He and 2 of his crew were at my house in 2hrs. Mark looked at the job and we talked about the repairs. Mark had his guys start a temp. repair right away and was done in 2hrs. It was Friday so on Monday (Memorial Day) he and his crew returned and started the perm. repairs. They were done by Thursaday, cleaned up after their self's and very polite during the whole time they were there. I have other jobs to do around my house and I will use Mark and his crew to do them! Extra Note: Since writing the above review I have talked and priced what other people have paid for the same kind of work. After hearing what they paid, Mark was in the "ballpark" with his price!

He did a very professional job. He was very friendly and down to earth. His price was very competitive and close to his quote. It was very affordable to have both areas done.

Description of Work
They put new tile in our bathroom and kitchen.