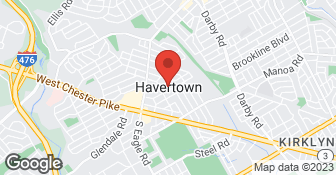 2014,2015,& 2016 Super Service Award Winner Brady & Son Electric LLC is based out of Havertown, PA and is locally owned and operated by licensed master electrician Steve Brady. You will not get "one of my guys" you will deal with only Steve from beginning to end ensuring you will get a quality job done right at an affordable honest price. Servicing All Your Electrical & Lighting Needs ***Senior/Military Discounts****...

A socket at one point blew out, and I also needed two more upgrades to the sockets around my house. HEY STEVE, I DEFINITELY TESTED THAT LIGHT SWITCH BECAUSE I'M NOT AN IDIOT. By the time Steve got here, a full month of scheduling out later, somehow the socket was working again. Instead of being a real professional and finishing the work I had hired him for, he promptly and rudely left, saying "You always do this." Very professional; to be clear I do NOT always do this. I'm NOT a very handy person, but the FACT is I expected you to finish your work, and you did not. You were rude, and frankly have been rude since the first time you worked at my place.

Was not hired by this individual. He is a tenant that rents and we provide service for his landlord for multiple properties. You have called us out three different times for a receptacle “not working” when in fact it is controlled by a switch. You continually waste our time and would call Several times a day over and over. I didn’t even charge your landlord for the multiple service calls as we have done business together for years. We have since told your landlord we will not service that property any longer while you are the tenant and apparently we are not the only ones as he told me there are other service providers in different trades that will no longer go there either. Good luck to you sir.
5.0

Steve came out to evaluate an intermittent problem with flickering of recessed low voltage halogen lighting in an upstairs hall. We were immediately impressed by the fact that he brought with him equipment to cover the carpets and that he removed his shoes when he came in, saying that our carpets looked "super clean". He evaluated the lights (which were not flickering today), light switches, and the electrical junction box, and could not find an obvious cause for the problem. He felt that the flickering may be due to overheating caused by the halogen bulbs in these 20+ year old fixtures, and suggested that we try low voltage LED bulbs to see if this resolves the flickering. We were very impressed by his systematic approach to the problem, his suggestions, and the fact that he didn't simply recommend replacing all of the fixtures (an expensive undertaking) unless the flickering persists after changing the bulbs. We will definitely call him again for any electrical needs!

All of the positive reviews about Stephen Brady are consistent and true. First of all, he is a sole proprietor, so you will not get some random person from a huge company. He does all the work himself. It is also true that he is honest and will not try to sell you something that you don't need. He even suggested alternative solutions to my electrical problems but did not require him doing anything. How refreshing, "if it ain't broke don't fix it"! This is the man you want to doing electrical work in your home. I will hire him exclusively for all my home electrical needs.

I've hired Steve for a ton of jobs through two different houses, he is always very professional and does an excellent job.

Fantastic. The electric was run for the lights with minimal holes put in the ceiling, and they repaired all the holes that they did make, leaving us with just having to put touch up paint over those small spots. The lights look great, placed really well, and Steve was great with recommending sizes, number, and spacing. He was super familiar with our area and what others have done in similar houses as he’s local. This was the best experience I’ve had hiring someone to do work on my house, and they will be my preferred electricians going forward.

Description of Work
Installed 6x recessed LED trim lights, ran the electric for them in the ceiling, replaced two switches with smart switches we provided, and replaced our dining room chandelier with one we provided.

TRUSTWORTHY, HONEST, REASONABLY PRICED! You need to hire somebody to do your electrical work, right? It should be Steve. Here's why, I hired a handyman to do a lot of electrical work in my first house. By the time I caught on to his mistakes, it was too many projects in and I forgot everywhere he had touched in the house. I spent literally about 3-4 years learning/fixing as much as I could which was done incorrectly. I wasn't satisfied that between the handyman and myself, that my house was electrically safe. I knew I was likely going to have to spend some money, so I bit the bullet, researched and found Steve. I went with him because he is a master electrician, needed somebody on top of their game, was reasonably priced, honest and trustworthy. I got 3 quotes in my area and nobody could touch all of those qualities. Steve has them all. I expressed my concerns about feeling my house was entirely electrically unsafe now and was potentially ready to re-wire the house. Steve flat out told me not to waste my money. In my situation, wiring was of a modern kind, so all I needed was a new panel with AFCI breakers, checking a few things in the house to see what I was so concerned about and basically some deep discussions so I could see why he thought it was still safe and to trust in him. That I did. Even with all my research and trying to do electrical myself, most things are not easy to do and have the peace of mind afterwards. I will be calling Steve next time. **Special THANK YOU to Mario, who works with Steve and did a magnificent job performing many of the tasks.** - Pete

Description of Work
Upgrade Panel from 100 Amp to 150 Amp, with all AFCI breakers (but 3), whole house surge protector, troubleshooting 1 light, checking house for my mistakes/handyman's mistakes, talking me off a ledge that my house is 100% safe electrically.

Steve and Mario are great at what they do and it’s always a fair price. They go above and beyond and it’s nice to finally have my go-to electrician.

Steve and his crew are professional in all ways. He stands by his estimate (or does better if possible) and does his best to keep his prices reasonable. For our re-wiring job, his estimate came in considerably lower than a competitor. Steve gets out to do the work quickly and does clean, excellent work. We are happy to trust Steve with any of our electrical work.

They were always on time. The work was exactly what I needed to get my house ready to sell. Charges were extremely reasonable and I feel they were very trustworthy. I would definitely use Brady & Son Elec again and have already recommended them to neighbors and my realtor.

I am very happy with Brady & Son Electric. I’ve called them on several occasions for different issues and they were always quick to respond, on time for appointments, friendly, thorough, and reasonably priced. I’ve got more plans for our house that we’ll need an electrician for and I will definitely be calling Brady & Son again.

Pierce L. Shallis Landscaping & Design specializes in Design, Installation and Property Management. We are located in Edgemont, Pennsylvania and have been creating and managing Delaware County, Chester County, and The Mainline areas finest properties since 2008. Owner, Pierce L. Shallis, is a recent graduate of Philadelphia University and has earned us the reputation of the premier residential and commercial landscape service providers in the area. We operate on one simple principle to provide each customer with the highest quality personalized service. We understand that each of our clients have different needs and all of our designs and concepts are customized to satisfy each customer in a unique way. Our commitment to providing the best landscapes in a timely, cost effective and professional manner is what sets us apart from the competition. Our goal is to create and maintain excellent long-term client relationships, and to bring your landscape visions to life. No matter what your landscape needs, Pierce L. Shallis Landscaping & Design will provide you with the highest quality of service in the industry, while ensuring you are satisfied with the finished project. Contact us today and browse our website to learn more about how Pierce L. Shallis Landscaping & Design can exceed your expectations! ***We offer $25 off any invoice for Military or Senior Citizen****  …

Our focus at Brad Brown Electric is to deliver the highest standard of electrical services to residential customers. Our work is precisely planned, efficiently executed, and neatly completed with as little impact as possible on your home. We provide estimates on site to give the best recommendation to give you wiring with integrity, which includes a small fee. Call us at 610-955-9622 to set up an appointment.  …

When you hire Dream Team Plumbing, Electric, Heating, and Cooling to provide solutions for your home’s systems, our team understands you’re inviting us into your home. That’s an honor and privilege we take seriously. Our team, everyone from our highly-trained technicians, customer service representatives, managers, and owners will do whatever it takes to ensure you’re satisfied with each and every job our team performs. Additionally, we'll be sure you understand your home’s systems are protected and looked after by Dream Team. With over 20 years of experience in the industry, we're your home's ultimate home services team.  …

Brady & Son Electric LLC is currently rated 5 overall out of 5.

No, Brady & Son Electric LLC does not offer eco-friendly accreditations.

No, Brady & Son Electric LLC does not offer a senior discount.

No, Brady & Son Electric LLC does not offer warranties.

Are there any services Brady & Son Electric LLC does not offer?