Dave Barton was efficient and completed the work to our satisfaction in a timely manner while listening to our concerns. I would definitely recommend them to anyone that needs work done.

David and his crew did two jobs for me, first building a stone parking pad and then excavating and repairing a failed sewer line in our front yard (and restoring the yard afterwards). Both projects were done quickly and for a great price.

Description of Work
Replace porch and add a powder room

Just a caution about a contractor we hired over the summer to build our Trex deck. Barton Construction (Dave Barton) did a TERRIBLE job! We ended up paying a different contractor to tear the whole deck apart because Barton’s work was awful and wouldn’t pass code in Plum. We contacted him multiple times, but he wasn’t responsive. My attorney did some due diligence and found he has multiple lawsuits against him for the same reasons. Don’t make the same mistake I did- had to pay twice for a deck that should have been a simple job. He is based in Murrysville and Manor, and was a referral from an employee at Lowe’s. What a disaster!

dont waste your time or money

Description of Work
had Dave put in a new back porch and deck on our pool... deck was sagging within 3 days. he told us it was bad wood... never put a gate on, which was in bid... terrible!

He came out within a fees days to build the ramp but it took him a month to come out and finish the project which included a hand rail and a edge to prevent sliding off the ramp. And when he did it was only supposed to go 3/4 of the way so as to be able to access the yard. He went the whole way down and left the gate opened when he left so that the dog could get out!

Description of Work
I needed a handicap ramp put onto my house after a fall. It only needed to be temporary but it had to be done promptly.

I like them. They were better priced than some other one that I had gone for. The owner was really nice; his brother and brother-in-law work for him as well. They were all nice. I got it done in four days. They are local and good. They listened to what I wanted. They did some extra stuff that was not in the drawing. There are two separate entries for the deck and for one the step has bowed in the middle and the second step is also bowed in the middle so it is kind of funny so I called them and they are coming to fix it but they haven't been back yet. The drawings called for something to close at the bottom of the deck. They didn't see that on there but they talked me into enclosing it with crisscross board that is put around the bottom; it is cheap. They talked me out of it because it is old looking. I wasn't keen about it anyway but now they are checking if they can put anything else. I went and checked this other stuff that they had put in another house which looked good but now they informed me that it is going to cost at least $400.00 more. The deck isn't high and it is only 3 feet in the highest placing it's only a foot and a half. They were very punctual.

Description of Work
I got a deck done by Barton Construction.

I talked to the other ones but this guy is the best. He gave me ideas on how we can do the living room and what things I can choose and he stayed within my budget.

Description of Work
I used Barton Construction for general remodeling. They remodeled my living room and closed the front porch. 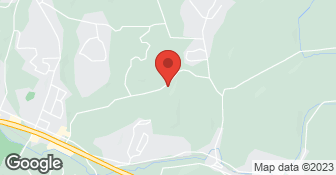 How is Barton Construction overall rated?

Barton Construction is currently rated 3.6 overall out of 5.

No, Barton Construction does not offer eco-friendly accreditations.

Are warranties offered by Barton Construction?

No, Barton Construction does not offer warranties.

What services does Barton Construction offer?

Are there any services Barton Construction does not offer?