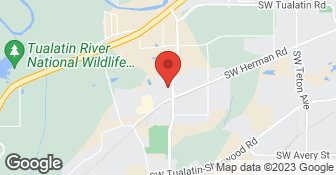 Choosing Van Specialties (VS) was the BIGGEST mistake I could have ever made with my new MB 4x4 Sprinter. I worked with VS for over a year on an $85,000 conversion so I'm speaking from vast (nightmarish) experience here. Due to a 5,000 character review limit I'm going to attempt to distill it down to the highlights (leaving out DOZENS of other minor/intermediate issues). Initially I was planning to leave a 2-star review...but given recent developments there is no possible way I could rationalize such generosity (there's your cliffhanger motivation to read on till the end). Also: you can read my FULL review over on VS's Facebook page. VS scratched and dented the rear doors of my BRAND NEW van when installing the Aluminess spare tire holder and storage box. They never informed me about the damage, I discovered it on my own a few days after delivery. I paid $1400 for a custom pull out tray for the garage area of my van. VS was clearly informed of what would be stored on the tray as well as an OVERestimation of the weight it would need to bear. Despite that (and due to one of the worst instal jobs I've ever seen) the tray failed in about two weeks time. They used cheap/flimsy slide tracks and couldn't even manage to instal them straight. This combo led to the failure. VS informed me that it would be an easy fix and that they'd "expedite" the repair on my next stop through the Portland, OR area. In reality though they ended up wasting another 3 days of my time (meaning: they had my van for 3 ENTIRE days) and STILL didn't completely fix it. It can now bear the originally specified weight but the bolts they used to attach the supports dig into the bottom of the tray and are actively pulling the wooden tray apart each time it is used. VS installed my $2000 Isotherm fridge in the galley cabinet with inadequate ventilation. This became clear after the unit struggled to keep food cold even in moderate 80F temps. After they reinstalled the unit with ventilation closer to specifications the door hinge failed (due to how the unit was remounted). I received a new fridge from Isotherm on warrantee, reinstalled it myself, and had to custom design/instal support brackets for both the door hinge and guide to keep them from failing again. After just 10 months my water pump failed. I investigated (with generous assistance from the folks at Pentair/Shurflo) and discovered that the issue was caused by a shoddy wiring job (one of the wires was loose). It took me over an hour just to ACCESS the pump. VS decided it was a good idea to completely bury the pump...requiring full removal of the 3 panel bed, storage tray contents, and the 5' long water box in order to perform even the most basic pump maintenance. In other words: there is no access door to reach the pump. After the water pump ordeal I took a closer look at my battery box. The situation is similar but far worse. My batteries, solar charger, and much of the wiring are completely ENTOMBED in a box with no access door or cover. Meaning: in order to access the battery system (even for the most basic maintenance) I'm literally going to have to remove the bed, remove the bench seat/couch, uninstall my inverter and other equipment, remove various garage wall mounts, and then remove the entire 5' battery box (which is siliconed to the wall in an apparently lazy effort to keep water from leaking onto the batteries). After just 13 months I discovered a major problem with my $6500 Espar system: antifreeze had been slowly leaking from the unit for weeks/months while soaking into the wood of my galley cabinet. After hours of research I discovered the source of the problem: VS (against Rixens Enterprises Inc. specifications) had elected to use cheap crimp clamps on the hoses rather than adjustable worm clamps. The leak was coming from a crimp clamp connection and immediately stopped once I replaced it with the recommended worm clamp (much easier said than done). Saving the best for last though: After just 1.5 years one of my 10 X 36 slider windows began leaking (more like GUSHING) water into my van. The windows were bought from RB Components but were shipped to VS for instal. Not wanting to have anything to do with the folks at VS (ever again) I franticly called the folks at RB Components to see if they could help me diagnose and (at least temporarily) fix this urgent problem. They graciously did so while spending over an hour on the phone with me. Turned out to be more of the same. VS cut corners once again...failing to use any silicone sealant (and who knows what else) and therefore directly contributed to the early demise of the window instal integrity. Do yourself a gigantic favor and take a hard pass on this utterly reprehensible business...

As usual it went extremely well. Some equipment was direct from the Forester and some was new in order to get all to fit the Honda. Have had previous dealings with this business and have always been treated well and work done professionally and with a friendly attitude. After everything was done I had another issue and called to discuss. Bugged them with at least 4 phone calls in one day and they were always nothing but friendly and extremely knowledgeable. Going back next week and expect everything will be handled in their usual outstanding way.

Description of Work
Removed equipment for towing a Forester behind a motorhome and then reinstalled same equipment in a Honda CRV.

We began as a telecommunications company in 2015, partnering with Frontier Communications, AT&T, Brinks Home Security, and many others through 20 different states. This laid the path for our group to completely revamp into Infinity Solar USA, with years of experience contracting on complex projects. Our team saw the increasing need for an alternative energy solar company that could understand the struggles related to dealing with third parties. Infinity decided to bring communication, transparency, and quality service to in-house solutions for the industry. When we noticed that solar is the future — we couldn’t help but join the wave. Whether you’re looking for a grid-tied, or grid-hybrid, we can custom fit an excellent system to suit your needs. Technology in this industry has advanced dramatically and we can offer your home a cutting-edge setup that won’t let you down. Trust our pros to bring you the very best from one of the top solar companies in AZ, TX, WA, and OR. For more information click our You Tube Channel at: https://youtube.com/channel/UCXFrxRTPN5g9ZVni9cfMScg  …

Premier Solar NW is about providing clean, affordable solar energy and delivering the best customer experience in Washington and Oregon. For many homeowners considering adding solar panels to their home, the upfront cost of going solar has been a barrier. However, with incentives available to you, Premier Solar NW is now able to offer customers the benefits of solar without those high upfront costs. We are a team of dedicated, expert solar professionals serving Washington and Oregon solar needs. We have a comprehensive background in all aspects of home and commercial solar systems. We ensure that your system not only performs well, but also looks great and we take every care to make sure your solar panels are easy on the eye, and your wallet.  …

Green Ridge Solar is Oregon's top solar installation company with a small-business touch. From start to finish, Green Ridge Solar is committed to providing consistent communication and education to each and every customer, no matter the size of the solar project. We use top-tier solar panel technology that is proven for Oregon's climate, and we hire Oregonians who have an intimate knowledge of Oregon's construction laws and available financial incentives. We are proud to be Oregon's local source for solar energy, and we plan on being a part of the Oregon community long into the future. That's our commitment to our community and our customers. We do all this to make your path to solar headache-free and a financial no-brainer.  …

Van Specialties Inc is currently rated 3.4 overall out of 5.

No, Van Specialties Inc does not offer a senior discount.

No, Van Specialties Inc does not offer warranties.