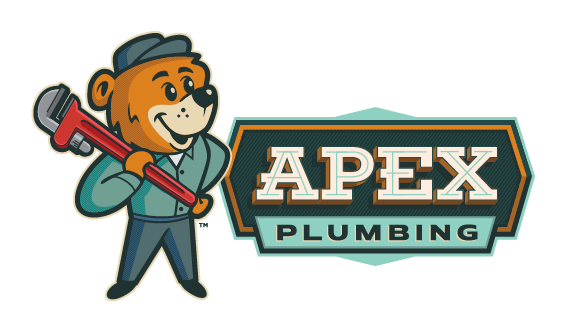 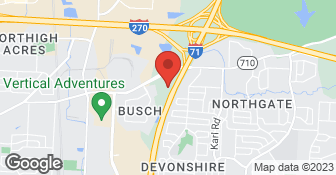 We pride our company on reliability, great communication, integrity, and quality work. We are experts in our trade, and will do our best to keep you as educated as we can on your particular task or project. We look forward to earing your business! Book with us online or feel free to give us a call today....

72% off - Sump Pump Inspection and Testing…

Showed up when promised, very thorough in inspection and work

Excellent. Chase was a true professional and responded to our questions in an honest manner.

Description of Work
Replacement of tube leading from toilet

Our plumber was beyond professional. Listened to my concerns. Very happy

They came out immediately. Claimed they could not get the part need for several weeks. I was able to purchase the part from the City with one phone call and have install by another plummer within days for less than half the cost quoted

I have no idea who these plumbers are.

Apex was all talk and did a subpar job when it came to execution. They try to sell you on lower prices but it’s because they cut corners. I wouldn’t recommend.

Replace two sink plungers in my bathroom. I should have gotten a second opinion. Instead of repairing, I replaced with a pop up plungers. I got one price… no break down on parts and labor. Would not give me a break down. I felt the price was very high. I should have gotten a second opinion. Would not recommend, even though the repairman were polite and professional. The cost was $600.

It went well, the best thing about getting my water heater was the people who installed it.

Due to work performed by a previous contractor, our main sewer line cracked. It was the week of Thanksgiving, and I was hosting, and we had to turn off the water. They promised me they would get our problem fixed before family arrived from out of town. There were unexpected complications the day they worked on it and they called in the other crews to come and help as they finished their respective jobs. They got the job done and we had plumbing and water for our holiday weekend. They worked hard and kept their promise, and stayed late to make sure we were taken care of. They provided excellent service and care!!!

Plumber was very helpful and knowledgeable. Was quick and we have not had issues since.

Initially, the instal went as planned. However, upon leaving the installer told me the tub faucet might move a little. If it did, I was told “just push it back” into position. However, the next morning there was a rather large water spot (2 feet in diameter) on the kitchen ceiling. In total three trips to my home were needed to correct all issues but one. The face bowl lever is buried behind the spout and very difficult to reach/use. At that moment, I decided not to seek another attempted repair.

What I liked most about Apex is that they were very easy to contact and were responsive about updates as to when the plumber would arrive. I believe I called them on a Saturday or Sunday and immediately got an appointment set up. I had a water line that was leaking and Dale came out to fix it. He was very friendly and finished the job quickly. My only complaint is that it was almost $200 just to replace a plastic tube, and, Dale ended up leaving the discarded plastic tube on the floor of my basement. I had no issues with Apex at all, though I might search for a different plumber next time just because of the price.

Tech came to my house and promptly told me that they couldn't fit a water tank in my utility closet, that was currently housing a water tank. The tech then said a drip pan would not fit, and quoted a very high price. I had another plumber install a tank and drip pan a week later for almost half of the Apex quoted price

I did not hire them. Their cost was way too high.

Description of Work
Excavating and plumbing

It was Great! The technician throughly explained what was wrong and what needed repaired/replaced, after that I was given an estimate and the technician gave me ample time to make my decision. I ok’d the work and he began. Took about 1 1/2 hours and the tech cleaned up my bathroom after he was done. I’m so glad I called Apex Plumbing. They will be my go to Plumbers for all my plumbing needs. Highly recommend.

Initial install completely botched Had to come out and do it again I had to keep calling to get things scheduled and done nothing proactive on their end. Didn’t take a penny off the over 4K of work even with all their screw ups. Will never use them again.

The work was great. But they are terribly overpriced. I paid $179 for them to put a new toilet seat on my toilet. My total bill for a broken flange was over $1600. If you don’t mind paying an exorbitant rate, then these people are for you because they do very good work.

He did a great job, very professional.