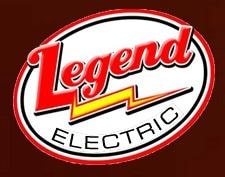 **Call Us Directly 605-728-7867 or Call Us Directly 701-837-8036** Legend Electric is family-owned & operated business, proudly serving homes & businesses in the Minot area, Ward County and surrounding areas. We are a licensed and insured corporation, dedicated to meeting the needs of our customers. You can expect nothing but the best. ​Clean, knowledgeable, master electricians. Legend Electric is here to help....

They were AMAZING!!!! Very prompt, extremely professional, honest and very nice. Pricing was very fair as well. Will absolutely use them again if needed and will recommend them to everyone! They are the best in town! If I could give them higher then excellent I would! Will never use anyone else!! If you need any electrical work call these guys! You won't be disappointed!

This review has been averaged as I've had 2 very different experiences on 2 projects in a short period of time. I had called several electricians when we lost power to our back garage and was unable to get through to anyone right away, until I got to this company. They were friendly and efficient. We set an appointment to have the interior power checked, where we had a partial power loss, as well as the back garage which had lost all power. First visit: punctual arrival - the interior power issue was resolved and pricing was reasonable. We were advised that tge back garage would need new power run and were given an estimate. Billing was fast and the charges were reasonable. We were happy with the service and quickly scheduled the next appointment for the garage. 5 stars. Second visit: never happened - we were called 1 day prior to the set appointment to reschedule. It's understandable, these things happen. We rescheduled for a week later. Still, I was out of work for the day, as I'd taken off to be there. Then it happened again. The night before the rescheduled appointment, I got a text saying some things had come up and they wouldn't be there. Another day of work missed with no work completed. My husband called them the day of the appointment to get more information and try to reschedule to the following day - as we'd already had our fence taken down, sidewalk knocked out and had concrete scheduled to be poured after the trenching. Afterall, winter comes quick in ND. They wanted to push out another week. My husband told them we'd be out of town for a week, something I'd previously discussed - wanting to complete all work prior to our trip. They offered to have us leave keys to the house/garage for them to work with us gone - nope. My husband asked if they could trench and lay the line at least, so the concrete work could be done, then they could come back out at their leisure for the hook up. They said they would check some things and call right back. Still waiting on that call back, despite having called a competitor that already came out to complete the work. I'd give that experience 0-1 star... in all fairness, I averaged the polar opposite experiences and warn you that you can expect either great service, or terrible, depending on the day.

The job was more complicated than initially expected. Bob worked with me to go over our options and keep costs as low as possible.

The electrician showed up when he said he would, did the work, cleaned up and that was it. I was happy to find a company that would travel 30 miles to do such a small job.

He was awesome fast service friendly electrician! They helped us out in the huge pinch!

Description of Work
Our house was for sale and we had a home inspection at 11 AM. We had tried to fix an electrical outlet ourselves but we had done something wrong. I called bright and early in the morning and they sent someone out right away work was done before home inspection ever took place!

Glad we could help. Give us a call anytime.. Thank you for the review!
5.0

Description of Work
Everything went as expected. It was nice to have a company call me back and show up when they said they would.

Thank you [Member Name Removed], we appreciate the business and the rating. let us know if you need anything else!
5.0

Overall, it went well. We had one electrician that fell through and we contact Legend with rather urgent needs. We struggled initially establishing a date for services, but fortunately, they were able to fit our window with rather short notice. Everything was completed in time for the cabinet install and they were able to wrap up the rest before the counter top install! I had many frustrations and headaches dealing with multiple moving parts during this remodel, but Bob and Dee were patient with me while we worked it all out. I appreciate their help! And the job looks great!

We hope you are enjoying your new kitchen.The LED lights really complimented your cabinets.
5.0

Description of Work
Upgraded electrical system. They did a great job. Highly recommend them.

it was a pleasure working for you! you need anything else please call..
5.0

When the owner came to the work site for a walk through of space I was very pleased. He accurately marked the locations where we were wanting certain lights, switches, outlets, as well as informing us what could and couldn't be done according to code. They weren't able to come and actually perform the work until a later date. When they did come back the work was done quickly and efficiently. If there was ever anything that needed clarification they made sure to ask. I was very glad they seemed invested in making sure we got exactly what we had wanted. In the end everything turned out perfect!

Description of Work
Legend wired our basement while we were remodeling.

Thank you for the review and the repeat business. We really appreciate it..
5.0

Description of Work
I had a whole circuit go out. I called them to fix it and they got right back to me (a miracle in Minot, ND). They made time to come by later the same day and had it fixed shortly after. Great service! I will try to use them first for all my electrical needs in the future.

Thank you for the review. We were glad we could help!!
5.0

I can not speak highly enough of theses guys, I was in real bind after a storm.(I had been without power for over 30 hours )I called just about every electrican in minot and they were the only ones that could be bothered to come or even give me a solid answer about when they would show up. Once here they were professional and very knowledgeable. Seriously this company is awesome. The cost for the work was extremely reasonable. I will never use another electrican! Do yourself a favor and call these guys and save your self a headache.

Glad we could help you!! Thank you for the rating.
5.0

Description of Work
We had certain outlets that wouldn't work and one that was causing sparks. They came and figured it out right away and fixed the issue.

It was a pleasure working with you and your husband. Please keep us in mind for your future electrical needs. thank you and have a great day!!
5.0

We really liked them. They are local to us. It was great scheduling the actual service. We scheduled and within 24 hours they came out and gave me an estimate. The next day they came out and did the work. They were really good. They are a family company; it’s a dad and his three sons. The mom is the office manager. They were very quick and clean. They didn’t leave any mess. They were very professional. Overall, it was a really great experience. I would suggest other to get an estimate from them and call around; they would be the best. I have recommended them to friends.

It went well. See above. He came out as soon as he could given that a lot of people needed his services.

Description of Work
After an ice storm I had a tree come down across my electric line and my mast and meter was yanked off the wall. I had to have these replaced. He also upgraded the position of the electric line on the garage so it was up to code. He came out rapidly and answered the questioned I had. He has worked with the electric company to get things set up.

Thank you for the review..it was an unfortunate event. But we were glad to help you in your time of need.
5.0

Bobby was always courteous and understanding. He and his family (dad and brother) did an excellent job, always kept me updated, and they even did a little extra.

I know my response is late my friend. but we do appreciate your review. thank you and I hope all is well. 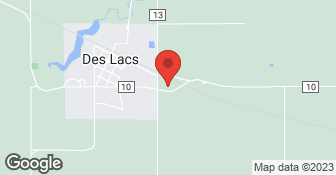 How is Legend Electric overall rated?

Legend Electric is currently rated 4.8 overall out of 5.

What days are Legend Electric open?

No, Legend Electric does not offer eco-friendly accreditations.

Are warranties offered by Legend Electric?

No, Legend Electric does not offer warranties.

What services does Legend Electric offer?