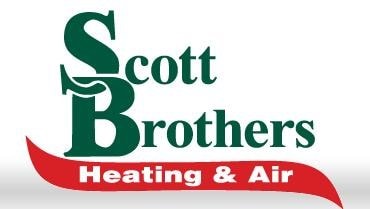 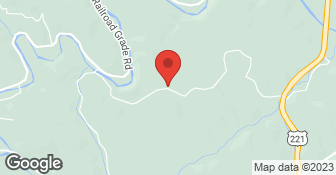 Very disappointed. Called Scott Bro’s on 10/1/20 to schedule an appointment to get an estimate to replace a 20 year old heat pump and air handler. I was told that someone could not come out until 10/22/20 for an estimate. I’d hate to know how long it would take to get a new one installed by Scott Brothers. This was especially annoying considering that I had used them on two separate occasions previously to service my heat pump.

Description of Work
Estimate for a new heat pump and air handler.

Dear Mr. [Member Name Removed], I'm sorry you had this kind of experience with us recently. We always strive to respond very quickly for service repairs and emergency breakdowns. However, this particular year has had its challenges. COVID has been a persistent problem for our workforce to maintain perfect attendance. Oddly enough, our own success has also been a contributing factor. You see, we can't seem to hire enough qualified professionals (Sales and Installation) to keep pace with the demand of our market. In fact, we are constantly looking for and recruiting sales professionals to join our team to help with this backlog. If you know of any, I'd be thrilled to speak with them. In the meantime, please accept our sincere apology. It is never our intention to put anyone out for that length of time, we simply are overwhelmed with requests.
5.0

Couldn’t be more pleased with Scott Brothers and their tech, Kevin. Extremely professional. Diagnosed problem with our AC. Had part needed on truck. Promptly made repair. Showed me the damaged part he replaced and suggested preventive solution to avoid problem in future. This visit was in sharp contrast to prior experience at our mountain home, where HVAC folks were less than professional. Will definitely be calling Scott Brothers next time we have an HVAC need.

The technician discovered the problem. A part had to be ordered. They were able to return at the earliest convenient time for me.

Extremely responsive. Technician was professional and took time to explain what needed to be done. Charge for repair was appropriate.

Description of Work
Refrigerant needed to be added to system

They do a good job. To be honest with you, in that area it's hard to get anybody to even show up. I thought they were very fair; I thought the price was probably right where it should be. They showed up when they said they would and they did the job they said they were gonna do. I'm keeping them in my rolodex because if I've got any more air conditioning work I'm gonna use them again. I would definitely use them again. I called six places and only two people showed up and the other guy was terrible. He was making all kinds of excuses why he couldn't do what we were asking him to do, and these guys were tough; they had no problem at all. He said no problem, they gave us a price, they said we can be there like a week or ten days or whatever it was, and they were there. They stayed until they finished. They did the whole job. They were very professional; they did a good job. I think they had, it was either two or three guys there working. The first time they came it took them about a week, and then they had to come back and do a couple of things and it took them about a day. They cleaned up their mess. The basement was in construction, so they cleaned up everything they had to. They did a very good job; like I said, I don't have any complaints at all about them. That's why I'd use them again in a heartbeat.

Description of Work
They re-did all the A/C ducts in the basement. They re-did them all.

Very well. They were on time and discussed the condition of my heat pump.

Tech determined blower motor was bad. I had a new spare and he said the office would have to reschedule a time for someone to come out for the installation. I got charged $75.00 for. Service call and ever heard back from the company. Very poor customer service will never deal with them again.

Description of Work
Air conditioner out of service.

[Member Name Removed], We apologize you were unhappy with the service we provided. Our technician should have let you know that we do not install customer supplied parts. We had no [Member Information Removed] to insure the part was the correct part and we cannot carry a warranty on a customer supplied part. We are a 100% customer satisfaction company. We will be refunding your money within the week.
5.0

Curtis was on time. Very nice man, personable. We bought a service agreement from him for a year (not sure of price b/c we have nothing to compare it to).

Great, as always, Curtis did a very thorough job and explained all.

Description of Work
Annual service and checking out noise problem.

No, Scott Brothers Heating & Air Inc does not offer a senior discount.