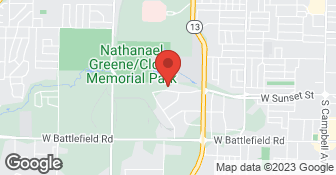 From winter's chill through the hot dog days of summer, our primary goal at Air Services Heating and Air Conditioning and All Service Plumbing is to keep your home safe, healthy, and comfortable. 100% Money Back Guarantee Air Services Heating and Air Conditioning & All Service Plumbing guarantees that during the entire first year that you own your new system, if for any reason you are not 100% satisfied with the performance of the equipment, our service, or even our people, we will remove the system within 30 days of your request and cheerfully refund the entire amount of your investment. Investment Guarantee Anyone can make something cheaper by cutting corners and pricing it for less. So, it's important to know what is, and what is not included in any heating and cooling system you choose for your home. The Investment Guarantee is our promise to you that you cannot find a comparable installation for less...or we'll pay you a $50 bonus over the difference. All we ask is that the comparison be "apples to apples". 100% Satisfaction Guarantee Service If you are not 100% satisfied with the service we have provided, we will refund all of your money. If our technicians smoke or swear in your home: are not drug-free; do not wear floor protector shoe covers, leave your home without cleaning up, you do NOT pay for the service. Repair We guarantee that repairs on your equipment are fixed right or the repair is free. If a repair fails during the season, we will repair it again absolutely free. Specific repairs are also guaranteed for two years or the repair is free. Replacement / Installations We guarantee that the equipment we have installed will perform as we have stated. If the system does not heat or cool your home to your satisfaction, we will, within the first 90 days, do whatever is necessary to satisfy you including, if necessary, removing the system and returning your money....

Great Job, did everything they said they would, everything was done on time and within cost.

He told us the going price for R-22 and put in 4 pounds, then he did a leak check and suggested that since our unit was 17 years old that it would be better to replace it. He charged $715 for the R22, the service call and the leak check charge (which was included in the first pound of R22, although we didn't know that at the time. After checking with three other companys they said R22 was normally $85 for first pound and $50 after that. They did refund $130 after I called to register a complaint. When the salesman came out with a estimate for a new unit, they were $1500 higher than another company for a 1/2 ton more A/C. I will never contact this company again! They did take off $50 after I gave them a coupon from Angie's list, which he acted like he never seen before and had to call to get approval to take off final bill.

Description of Work
Our A/C was not cooling, so we called Air Services since I had seen their truck in our neighborhood

The serviceman arrived, looked at the problem, told us we were losing 1000 gallons per minute. He called to schedule an excavation crew, then we were told they could be here six days from today!! He did shut off the water at the street so we don't keep losing so much. Some EMERGENCY service! We called someone else who say they can have a crew here tomorrow. So we are out $129 for nothing, and still had to call someone else. Luckily they won't charge for their evaluation, like All Services did. The service man also told us that if we had asked for an estimate, it would have been free. Great time to find that out, after we paid them to do nothing but look at it.

Description of Work
We had a major water leak in our front yard. Called for emergency service and were told there was a $129 fee for coming on the weekend, which we agreed to. We were told by the person who answered the phone that they could get emergency service out the next morning.

At 1 am I woke up to a cold house and the temperature outside was 2 degrees. Erick was there by 2 am, replaced a blown capacitor and burnt out motor. I think it was at least partially caused by a power surge earlier in that day. Erick had a motor and capacitor on his truck and we had heat shortly. I actually think he motor is more efficient and heats the house quicker.

Very smoothly and very efficiently. Did a great job. Would definitely call again.

Description of Work
Cleaned the furnace ignitor and one of the burners. Furnace was not wanting to stay on - wouldn't run long enough to heat house. Brian came out. Was very professional. Did a very good job. Explained everything and fixed the problem.

A bit pricey, but very professional, rapid response, and full disclosure of costs before working. Scheduled HVAC service person because the leak was hard to pinpoint. Tech was courteous and thorough. HVAC was not the source of leak, scheduled plumbing inspection for the next day. The inspection found the leak, a flooring staple had punctured a line going in to new addition area. They gave me a report and fully disclosed the cost of repair up front and asked if I wanted them to fix it before they did the work. They also pointed out some serious deficiencies in the plumbing and HVAC installations. Several days later, Matt the plumbing specialist from All Services, went under the house with the contractor and did a complete review of the unprofessional and substandard work. They wrote up an estimate for their costs to repair problems, and the contractor agreed to fix the open sewer pipes, negative angle drains, and improper connections in the plumbing and HVAC units. Every time I called, the phone was answered by a person, even after regular business hours. They were professional and courteous every time someone came out to the house. The fact that they were willing to take the general contractor under the house and explain the deficiencies was beyond their business duties; they did not have to do that. They were willing to do the work with the contractor if he allowed them. They shared the information with me, and although the contractor used someone else, All Services maintained the courtesy and concern for my home and personal well-being.

These guys are awsome. Went above and beyond to make sure everything was in perfect working condition.

The technician arrived on time and was polite. That being said, I would not recommend using this company. Their prices are way out of line. They charge a service call which was $73. I was okay with that. The technician said there were some wires that needed to be changed. I saw the wires, they were corroded and indeed needed to be replaced. The price he quoted me was $280 plus the service fee. $280 dollars for 30 minutes of work and wires that I know cost $25 at Lowe's. When I questioned the technician he evaded all of my questions and would not answer why the cost was so high. The wiring did not fix the problem so he said I would now need a new compressor. The technician called the following day with a quote of $1980 plus labor for a new compressor installed. After obtaining the model of the compressor and calling around I was able to find the compressor for $295 at a local appliance parts store. I will NEVER recommend Air Services to anyone, and am also referring them to the BBB. it's like charging 600 dollars for EpiPens.

Description of Work
AC stopped blowing cold air, so I called Air Services in Springfield. I had never used them before.

We do Plumbing, HVAC, Heating services for both residential & Commercial. We have 10 Technicians on staff to meet all your needs. 24/7 emergency service. We have financing available along with Visa, Discover, MasterCard, & checks.  …

Service to commercial or industrial customers is not offered at this time.

Air Services All Service Plumbing Heating Cooling is currently rated 4.5 overall out of 5.

No, Air Services All Service Plumbing Heating Cooling does not offer eco-friendly accreditations.

No, Air Services All Service Plumbing Heating Cooling does not offer a senior discount.

Are there any services Air Services All Service Plumbing Heating Cooling does not offer?

Service to commercial or industrial customers is not offered at this time.