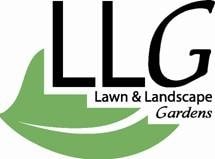 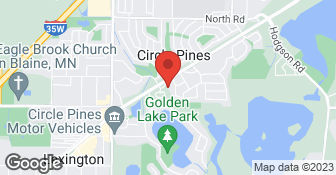 Founded in 1990, Lawn and Landscape Gardens provides landscape, hardscape, consultation, design and installation. As well as maintenance services for the lawn and garden, including Snow Removal. We take pride in building positive working relationships with residential and business customers, primarily in the Twin Cities North Metro. For more information- email carrie@llgardens.com or call 763-951-3500...

Great. They called me right away, came out a week later and cleaned up my yard.

Non-responsive to request for quoate

Although things got off to a rocky start due to weather and some minor communications problems, by the end of the project we were very happy with the work and the staff. We will be contacting them again for the next phase of this multi-stage project with confidence.

Description of Work
We hired them to regrade our backyard, change the drainage pathways, lay a large herringbone patio from pavers, and put down a thick base for a shed install scheduled later in the year.

After getting many requests from Angie's to do this review, I finally decided that I should. Perhaps if someone had written this before me, I wouldn't have not hired them. From a delayed spring cleanup that was sloppy and incomplete to their refusal to check out a problem area in my lawn (They theorized the lawn was dry when, in fact, it was grub-infested; something they would have known had they actually stopped on one of their many daily trips right past my house) to misinformation to their general "You're too small for us to really care" attitude, I wish I had never hired them. I will gladly share the emails to and from them for anyone even considering hiring them. If you do hire them, I would suggest contacting them through email because, even when it is written down, you get two different prices and/or answers.

[Member Name Removed], Im sorry to hear you were not happy with our service. Although we have not done anything for you since 2014. It would have been nice to speak with you regarding this issue. We always make it right with our customers. You can see our many reviews, check them out!
5.0

Everything was great from start to finish! Nick was great to work with from the very beginning, during the project and through the final walk thru. Joe and his crew removed a jungle of plants and replaced everything with a beautiful paver patio and a number of new plants of mulch. Looking forward to phase 2 of the project - I definitely recommend this company for landscape needs.

Quote was prompt, reasonable, and work completed thoroughly and just as prompt, just like they were acting with urgency to complete. The yard looks amazing! When I came home first and saw the backyard was done so well and before expected, I was delighted and decided to not tell my husband, so he too could be surprised. He came home and said that the yard completed by Lawn and Landscape Gardens looks amazing! 100% Satisfaction. We will definitely use Lawn and Landscape Gardens again.

Description of Work
Weeding, pruning and removal of dead shrubs in backyard.

Very good, I'm happy with the mowing services. Looking forward to the snow removal this winter.

I was send a detailed written estimate. They did an excellent job and kept me updated when they would be out to do the work. I definitely would use their lawn and landscape services in the future so has my neighbor.

Description of Work
Repaired and laid sod on damaged area of the yard by our pond. They also plowed our drive last winter.

They had a contract from the city for removal of trees. I purchased Oak and Burch wood from them, that they had dried/cured for around 2 years. They were very good. This was my first time using this company, and would recommend them. I really liked this operation, and have bought a lot of firewood before. These guys were for sure the best.

Description of Work
I purchased firewood from them.

The job was started and completed exactly as promised by Nick. Looks fantastic! Will definitely use again.

Description of Work
LLG created/completed a prairie landscape project in our backyard and stone borders around house, trees and garden.

Summary: Our experience with this company was not good as they never came to do the work. Worse, on multiple phone calls, they told us they were still planning to come. I understand that it's not possible to control mother nature but what a company with so many years of experience does have control over is setting their workload safely, reviewing their remaining work each day near the end of the season to get a feel for how much they’ll really be able to do and being professional enough to not give a customer the false hope that they will still come to do the work. Full Details: We called for fall cleanup and got an estimate after the company came out to look at our yard (they even added an estimate for winter snow removal). Full disclosure: we didn't call to schedule this cleanup until October but we were told they wouldn't be out until after Halloween when the majority of leaves would had fallen. We accepted the estimate and then waited for them to do the work. We checked back in November to make sure we were still on the list and it was confirmed that we were. The company didn't make it out before it snowed during the week of Thanksgiving-2016 and at that point we wondered if they would ever make it out. After another phone call, the message was that if the weather improved, they would get us in. The weather did improve during the week after Thanksgiving so, we called again at the beginning of that week and let them know we were running out of time to make other plans if they weren’t going to make it but, we were told “they should be out in the next day or two”. On Thursday of that week (12/1), we still hadn’t seen them so, we called again and they said they were working through the weekend and they should be out. The weekend passed and the company was a no-show. We called one last time on December 7 and only then did they tell us that there were other people ahead of us on the list (at this point, it had snowed again). That’s fine and we would expect there would be existing customers ahead of us on the list. But, what was frustrating was the person on the phone claimed she had told us this right away implying there was never any guarantee they would be out to do the work. If we had been told that, we would've said thanks for being honest and then looked elsewhere. As it was, we felt like we were strung along to the point where it snowed and we ended up with a yard full of leaves. After reading all the reviews, we’re still surprised at the way this turned out. Other companies we called prior to finding this one on Angie's List were able to tell us they were full for the season. Simply telling us they probably weren’t going to make it would’ve been enough for us to consider giving this well-reviewed company another shot in 2017. We had high hopes we had found a company we could count on each season -- your mileage may vary but, our experience was quite negative.

We've been looking for ideas to replace mulch underneath several trees. Decided to go with a patio with a fire pit. We got several quotes, but decided to go with LLG due to them coming up with a design that met our requests, were easy to work with, and answered all of our questions. Installation only took 4 days to complete. The installers were professional, asked quite a few questions to ensure that it was being installed to my needs. We did make a few minor tweaks once the area was dug out. Sod needed to be replaced in the yard due to machines going back and forth; replacement was professionally done and looks great. We will definitely have LLG out again for future landscaping work.

They were very patient with my multiple questions. I initially had them come out to treat the weeds and have been extremely pleased with their service so much so that I am now going to have them mow my lawn as well. I would highly recommend them to anyone. Excellent work at a fair price, friendly, and knowledgeable.

Description of Work
I contacted L & L G via email to help with my lawn (just over 1/3 acre) which was extremely weed filled and sparse. They provided a written list of what they recommended with prices - letting me pick and choose what I wanted.

I would highly recommend LLG! Mowing and trimming a yard is a fairly simple task -- you can find lots of folks to do it, perhaps even a little cheaper. Here's the thing, though: in my experience, not many landscape companies have the professionalism of LLG. I like working with them because they let you know when they're going to be there and what to expect! If they aren't able to make it on a particular day because of rain, they let you know. The work gets done on time and well, without hassles or excuses. I really appreciate that!

Description of Work
LLG mowed and trimmed my yard.

They are prompt and they do their job.

Description of Work
Lawn and Landscape Gardens do our snow ploughing in the winter. They plough the driveway and the side walk.

They are always on time, friendly and professional. They come plow with out us having to call to make arrangements.

Description of Work
The company does our annual snow removal. We pay them a flat rate and they plow ever time we receive 2+ inches.

They're great. They're punctual and the estimate was accurate. The design was great and they're personable. All questions were answered.

Description of Work
I used Lawn and Landscape Gardens. I had a complete renovation.

Plowing a driveway is not complicated but I do have a small driveway. The trucker was careful to avoid tearing up the grass and not dump the snow in my neighbor's yard. If I have a question, they promptly return my call. They also offer yard maintenance services in the spring.

I called after a large snow storm, they were there within a few hours so I could get my driveway cleaned up. they were great.

Description of Work
plowed my driveway

We tried them by spring but they weren't responsive. I wanted someone closer but they didn't really wanted to. They came in a timely manner but the only thing were those tiles of snow were uncomfortable. They came to the time when we really needed them. We have a chose and you can pick how you wanted them to come. I didn't like him as much as my husband did but I think my husband really liked them.

Description of Work
We used them for snow removal all the way through April.

Received very prompt and friendly in-person response from husband and wife. We agreed to contract yearly service with a resonable price. I have yet to receive work.