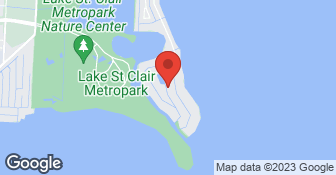 We are a third generation business. We take pride in the experience and talent put forth in our family since 1925. We specialize in hard wood flooring, refinishing, staining and sanding. We use equipment that is designed to minimize dust in the work environment. Estimates are always free. We are fully licensed and insured. So if its durability and the natural beauty of hard word flooring you are looking for please feel free to contact us. We always offer free estimates....

Clean, Hygienic, Presentable, Relief. A deep grout cleaning will completely change the way you view your floors by taking out all of the dirt, grease, grime, and allergens. Not only will this create a clean environment and home, but it will also restore the color your tile and grout had when it was first put in. Restore and Love your home with a company who cares about YOU first. Deep Grout Cleaning, LLC Clean, Hygienic, Presentable, Relief.  …

We are a full service cleaner for carpets, tile floors, upholstery & draperies! Call today for a free estimate.  …

Not well, the floors are a different color from our stairs. There are definite sanding marks. They didn't finish reinstalling the molding and they broke our banister, did a horrible job of patching it together and then claimed it was already like that.

Terribly!! I have almost 800 square feet of flooring. To begin with they have poor equipment. The sander Did not have a vacuum system where the vacuum and bag are outside of the work area. Day one: When they sanded, there was a thick layer of dust on the floor which they vacuumed up with a dry/wet vac. They quickly when over it with a tac cloth. Then they proceeded with a water base finish. Then t...

Service started out fine with friendly & responsive staff. We gave them space to do their job, then problems arose. I don't think their sander had a vacuum because sawdust was everywhere (throughout and clear across the next room). Swirl marks left in wood from sander. Corners and edges were rough to the touch and patchy-looking after staining. When we pointed these problems out, they responded qu...

Unfortunately we are unable to please every single customer. We are sorry that we were unable to rectify the situation to this customers satisfaction. We did our best and offered extra services to gain satisfaction. We are able to give any customer wanting services thousands of names of satisfied customers upon request. We have been in business for well over 85 years, not the 30 mentioned in this ...
5.0

They did a buff screen and they put a new poly down. They did wonderful work.

Description of Work
I had Bown Floor Company did a screen and refinishing on my hardwood floors last month.

We provide a wide range of flooring installations, repairs and services including: • Hard wood flooring: We work with a variety of woods, sizes and designs to give you that customized look. • Custom staining: Stain can make or break the look of your flooring, we customize our stain to fit your color choice. • Sanding: We use equipment that is meant to minimize dust residue, keeping your environment cleaner. (this does not eliminate dust, but does cut down on the amount by