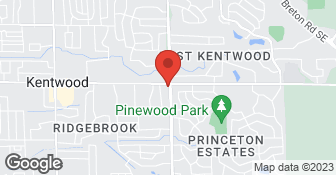 After checking the OBD2 and getting the same results then started checking each cylinder. A mechanic found that the spark plugs I installed, even though the manual calls for the particular Bosch spark plugs that I bought at AutoZone for the Liberty, actually threaded too far into the cylinders and that some of the pistons struck the spark plugs closing the gap. The mechanic installed new, correct length spark plugs and the Jeep ran perfectly since.

Description of Work
I preformed a tune up on my girl friend's Jeep Liberty (new air cleaner, new spark plugs, etc) and she started getting an error code for multiple cylinder misfires. I took the Jeep to Thompson's Auto Repair to find out what was wrong with the Jeep.

Thank you [Member Name Removed]! Your positive review means the world to us as it helps others find us and give us a try. Thanks again Tom Thomson
5.0

As usual all went well. I had moved to the area a year ago and have been using Thomson's since then. It was nice to find a repair shop that I felt I could trust. Very friendly. Being a woman, you are not always listened to or treated with respect. They even take the time to explain what you do not understand. I got a different used car in January. Since then they have been working on all the issues that I have found. My car is running in tip top shape now. One thing that I really like is their throughness to get to the real issue. They fix only what is needed. They do not "fix" what is not necessary. This saves you money as well as the coupons they offer. Your vehicle is ready on time with the exception of a part delay. And then they keep you informed. I would recommend Thomson's to everyone.

First, this service was done at the location on 28th Street because that is where they have their alignment rack. I set an appointment the day before and they got me in on time. The communication was great with an explanation of what they found as they were doing the work. I was hoping to get away with the lower price front alignment only but ended up having all four done - well worth it considering I took it in due to uneven tire wear. The $80 alignment is way less expensive than a new set of tires. Everything was done at the price quoted and in the time they said. I'm very happy with them and will be back again.

Hello [Member Name Removed]! Thank you for the positive review, It means a great deal to us. Thanks again Tom Thomson
5.0

They are fantastic! I trust them and they always do a great job. I have 5 company vehicles and I have them service all of them plus my personal vehicles. I would highly recommend them!

Thank you for the outstanding review it means the world to us. Tom Thomson
5.0

I called around to 4 different dealerships and Auto repair shops before I got smart and jumped onto Angieslist. Each of the 4 places I called gave me a quote of not less then $400.00. I then did a search for auto repair near my home. Thomsons auto repiar showed up on the list. They had alot of reviews already, and they were offering a coupon for Angieslist members for 10% off labor up to $150.00. So I figured why not, lets call them. When I called them, they were very friendly on the phone. I explained to them what the problem was, they looked everything up, and gave me 2 quotes, one, was just for placing the window back in the track, and calling it good if at all possible, IE the window mech was not damaged, that was a $110.00 fix. The 2nd quote, was if they had to replace the mechanism, that quote was for $240.00. Skeptical, I made the appointment, and took my truck in. I got there when they opened at 8:00 AM, they took my truck in right away, and within 20 minutes came out to let me know what the problem was. The mechanism was damaged and had to be replaced. They ordered the part, which took more time to be delivered than the repair itself took, (not there fault, just saying) but I was done and gone by 10:30. My first thought was wow, 2.5 hours of waiting, but the time passed quickly, First, they have a popcorn machine in the lobby, a coffee machine in the lobby, TV, and the employees were all very sociable, in other words can talk and chew gum at the same time. Over all, I was VERY impressed and will return there again in the event I need more repairs to my truck. Thanx guys, Great Job.

Description of Work
Replaced the driver side electric window mechanism. Sorry cant remember the actual name of it.

First, they were willing to come to my house and look at it for a reasonable hourly rate. After I had it towed to the shop, they examined it and (as always before) it started right up. They detached the remote start and will waive diagnostic costs if it happens again! Throughout the process they were very available and didn't hesitate to make clear any questions I had.

Description of Work
Analyze a failure to start my 2002 Oldsmobile Alero that only occasionally reoccurs, a difficult task.

Went well but I think it ridiculous that they charged .60 hour of labor to change the fuel filter which only takes 15 mins tops. I've watched it be done before.

Description of Work
Recharged battery, replaced alternator, and replace fuel filter. I purchased my own parts so only cost was labor at $69 an hour.

It went quicker than expected, and I haven't had any problems since.

Thank you so much for the review. The parts we put on were used parts and we only use the recycle yards that we can count on, and in doing so sometimes the price can be just a bit higher. new parts for this vehical are obsolete. Thank You again. Thomas C. Thomson
5.0

The guys were very helpful, they got me up and running right away.

Description of Work
air flow module needed to be replaced.

Thank You so much for the great review ! customer satisfaction is our goal. We Know that auto repair is expensive and inconvenient. Thank You Thomas C. Thomson
5.0

We were happy with them. They are good communicators and they were happy we brought the car to and get it work done, they did some more and then, I don’t know, we had another problem and they just sort of drive up and talked to them about it and I just thought they’re very helpful and they were thorough. We thought that they were fair and knew what they were doing. Price was probably we chose them. I think my husband did a lot of research and he chose them based on their estimate.

Description of Work
We brought our daughter’s car to Thomsons Auto Repair for auto services.

GREAT REVIEW !!!! thank you so much ! Thomas C. Thomson / President

THOMSONS AUTO REPAIR is currently rated 4.9 overall out of 5.

No, THOMSONS AUTO REPAIR does not offer free project estimates.

No, THOMSONS AUTO REPAIR does not offer a senior discount.

No, THOMSONS AUTO REPAIR does not offer warranties.

Are there any services THOMSONS AUTO REPAIR does not offer?