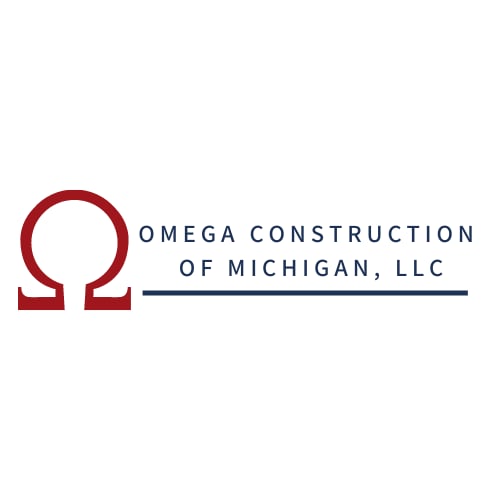 Omega Construction of Michigan LLC With over 72 years of experience serving the Ann Arbor and surrounding areas, Omega Construction of Michigan, LLC is your solution for all your roofing, construction, siding, waterproofing, remodeling, masonry and chimney needs. Omega takes great pride in our extreme professionalism, timeliness and superior customer service on every job. We make sure to develop a lasting relationship so that the next time service is needed there will be no question on who to call. Your satisfaction guaranteed! Give us a call today, we are happy to help you with your project and look forward to talking to you

Critical: Professionalism, Value I called Omega to check out smoke transfer between flues. Al quoted flue top dampers at $900 each and cleanings at $300 each. He said he would need to schedule a day to do the work. Thinking this must be an extensive project, I bought it. Ten days later I finally was called to say they would come that afternoon to do it. After the cleaning they glued dampers to the tops of the flues and were done in about 45 minutes. Al defended his $750/hour labor rate and double cleaning rate, saying it was due to his "high overhead" costs that I didn't understand. I still don't understand. Omega Construction is aptly named, they are the last one you should think of calling. They apparently only maintain their good BBB rating because the BBB doesn't consider "pricing issues" or "buyer's remorse" in their calculations. BBB is basically another way to advertise.

Hello Mr. [Member Name Removed], Our commitment to quality craftsmanship and customer service is of the upmost importance and we would like to take this opportunity to regain your trust. As a measure of good faith, please except 20% off of your next gutter cleaning. Feel free to contact us with any questions!
5.0

Worked out time for the job within a day, came on time, were knowledgeable and thorough in their work. They gave us excellent advice about preventing future problems and were very good about cleaning up the site. Very friendly and helpful.

They did a wonderful job. Cleaned up afterwards really well.

Roof leaked severely within 6 months, ruining some possessions (including laptop) in house. Omega would only re-caulk, which would fix leak temporarily only for a few months. Omega would not reimburse for lost property nor make a permanent fix. UPDATE 1: a second contractor was able to really fix the problem, doing exactly the kind of repair we asked of Omega but that they had refused. (the seam attaching the new roof to house was replaced by the second contractor instead of just being caulked to old seam.) In short, 6K spent to replace a leaky roof, leak made far worse by the new construction, and Omega refused to take responsibility and refused to do the one repair we NOW KNOW was the problem. UPDATE 2: a third contractor hired to fix nearby threshold discovered Omega had covered over frayed wiring even though I had asked specifically if there was an electrical that needed attention, noting old age of house, and that I wanted to call an electrician if so. I was flatly told there was no wiring to be concerned about, when 3 months later new contractor showed me terribly frayed and dangerous situation. This is highly unethical, let alone unprofessional, and created a situation of endangerment in a house with small children.

Description of Work
General Construction and roofing: Needed new flat roof on back of house, replace with a slightly sloped roof.

The guy did not show up when scheduled. When I called to inquire what happened, he apologized profusely and we rescheduled. He made it to the 2nd appt. He looked at our problem, said he would write up some sort of estimate and get back to us in a week. Never heard from him again. He did mention he was very busy. If he was too busy to take on extra work why not just say so?

Description of Work
I asked them to send someone for an estimate.

THEY WERE EXCELLENT IN ALL ASPECTS. THE JOB WAS DONE VERY NEATLY AND THEY LOOKED VERY GOOD. I DO NOT HAVE A PROBLEM TELLING ANYONE ABOUT THIS COMPANY.

Description of Work
THEY REPLACED MY GUTTERS FOR ME.

$30 Credit Toward Gutter Repair or Replacement… 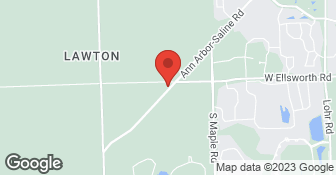 How is Omega Construction of Michigan LLC overall rated?

Omega Construction of Michigan LLC is currently rated 3.1 overall out of 5.

What days are Omega Construction of Michigan LLC open?

What payment options does Omega Construction of Michigan LLC provide

No, Omega Construction of Michigan LLC does not offer eco-friendly accreditations.

Does Omega Construction of Michigan LLC offer a senior discount?

Are warranties offered by Omega Construction of Michigan LLC?

What services does Omega Construction of Michigan LLC offer?

Are there any services Omega Construction of Michigan LLC does not offer?