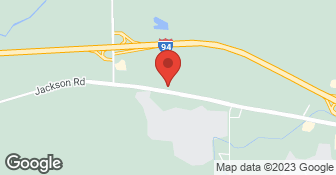 We are the largest swimming pool renovation company in Michigan. We use no sub-contractors. All work completed is by our 'In-House' staff. Listed below are our winter hours. Additional phone - (734) 277-1999....

Their back office seems disorganized, very little communication between office and service techs. The guys knew to show up, but didn't know any of the information or conversation I had over the phone. The techs that showed up were professional, helpful, and knowledgable. You'll just have to be willing to follow up a few times to make sure work orders have been placed, and re-communicate details with techs when they arrive. The techs do great work, you just don't always know when they're coming or what they're doing if you want more than the basic appointment.

The one constant at Clearwater is poor customer service. It appears they do not really care if you are satisfied with their work, will not return calls, show up on days when the work is not scheduled. In addition, we have a heater that "is no longer serviceable" and they provided a quote for a replacement (2 weeks after being asked) about $500 more than anyone else. I asked to speak to the owner regarding the quote, and never received a call back. Another example occurred a couple of years ago where we had our pool turn green after going on vacation for a week. We took in our water sample, followed the instructions from the counter people at the store and treated the pool water. After going back and forth to the store for weeks to clear this up and spending over $1,000 on chemicals and services, the counter guy said at the end of the season "maybe your water is just tired and should be replaced." REPLACED? That detail would have been helpful before spending all the $ on chemicals. They have all our water testing records and should be able to tell if there's a problem they can fix or not. Apparently a "money grab" business that doesn't care about their non-commercial customers and looks to make $ where they can. Estimate of costs reflect opening/closings and service over the years. Buyer beware....

Description of Work
We have used Clearwater for the past 10+ years to open/close and service our pool. We have purchased a sand filter from them, and followed their directions on chemicals additives determined from H2O tests.

I have owned an in ground pool for the last 35 years and I'm well educated and experienced in the care and maintenance of a pool. All my pool equipment is kept indoors and receives meticulous care during each pool season. I personally perform each pool opening and closing because I?ve found that contractors do not take the required time and care to do it properly. In September, 2014, I was unable to remove the Polaris vacuum wall fitting because of nerve damage in my hands and now lack the strength. Normally this universal wall fitting is removed with a small plastic insert that you turn counter clockwise against two plastic nubs and it comes right out. In September, 2014, I was unable to apply sufficient torque to remove the fitting. For years, I've had my water tested at Clearwater, & I purchased their expensive chemicals. I always dealt with the counter sales people, but never required any pool service until now. I was told by Gary, the sales manager that he spoke to service &,they have the service ticket. They also have a ?special Polaris extraction tool? to remove the plastic fitting. I specifically said that I want to be home when they come. Numerous appointments were made, but no one came. After many repeated phone calls, I was told that someone came and removed the fitting the previous day. There wasn?t an appointment and they never rang the bell. When I went to the pool, I was shocked to find the many smashed pieces of the fitting at the bottom of the pool. Clearwater's special extraction tool was channel locks, a hammer and chisel! My fitting was destroyed along with a cracked face plate. The pool liner surrounding the fitting was cut and twisted so the holes for a new face plate were no longer matched with the plate under the liner and the screws were bent. It was a mess!!! I called the owner of Clearwater only known as Jeff, who said he would talk to his service tech who did the work and then come out to inspect. He missed two appointments and never even called, or returned my phone calls. I told Gary, the sales manager, who confirmed giving my messages to Jeff. Now the weather was turning bad so I had to close the pool and left a message for Jeff that I would expect to see him when I opened the pool in 2015. After opening the pool now, June, 2015, I discovered a big pool leak losing 2 inches of water every hour. I called another pool service company who came to inspect the damage and leak. They told me that the blows from the hammer and chisel were so severe that the PVC pipe on the other side of the Polaris fitting was cracked and separated from the inlet fitting. Repairs will require breaking up the concrete deck to make the necessary underground repairs. I have since called Jeff and left messages asking how he is going to fix the damage. He has not returned my phone calls. I'm not going to pursue the issue. Clearwater employees cannot be trusted to do the work properly and management apparently doesn't give a d***! The repairs will cost me $515.00 for a $1.50 fitting. Anyone who uses Clearwater Pools & Service, look at my experience and look elsewhere or you may be as sorry as I am!!!!

Description of Work
The provider was called to remove a universal wall fitting that is used to attach a Polaris pool vacuum cleaner to the side of the pool. Removal of this fitting is necessary to close the pool.

They arrived while I was gone which is fine my girlfriend opened the garage for them. 1. They pulled off the old winter cover rolled it up soaking wet and dirty. 2. They didn't vacuum the pool as they are supposed to 3. They billed me for extra services including some components for my chlorinator and it was leaking (probably because they didn't properly winterized the pool when I paid them to close it in the fall). 4. The PVC line running to my slide is now leaking below the concrete level which it did not do at any point during the previous summer (Once again I don't think they properly winterized the pool) 5.I have one of those Hose reels where it has a short 6 foot line going to the side of it and then it has 50 foot of hose inside that you can reel out. When I came home they had pulled out about 18 feet of the hose inside and then the reel probably stuck (which is solved by simply turning the handle a bit) Instead they YANKED ON THE HOSE pulling the hose reel over and to the end of its 6 foot hose and then tugged harder breaking my sillcock and the 6 foot extension hose and they actually left it like that. I came home and water was spraying out everywhere on the side of my house. They hire cheap labor who obviously don't care. When I called to find out about my bill they Forgot they were going to quote a solar cover. Forgot they were supposed to inspect my pool heater so it can be fixed and reconnected. And they had charged me extra for replacing lines on a chlorinator that still leak but worked fine last year. My dad never uses contractors for anything and I am really starting to understand why. They hire people who treat your home and the work they are doing with no respect.

Called to request service on my Jacuzzi and was told that Clearwater Pools no longer performs service for Jacuzzi's or Spas, only pools. Since Clearwater came up at the top of my search for, 'Jacuzzi' I thought it might be good for other folks to know.

Description of Work
Services pools only, no Spa or Jacuzzi.

They are efficient, quick and thorough. They do a great job. We've been using them for about 5 years.

Description of Work
They closed our pool last month.

They do a fine job, and the come when they say the will be here.

Description of Work
They do regular maintenance on our pool.