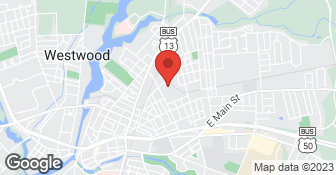 It’s not often that a reviewer praises a contractor for what he DIDN’T do. Austin Ireland, the owner and operator of Drytek, didn’t propose spending several thousand dollars on encapsulating my wet crawl space. He said that in my case encapsulation might not be cost effective. You see, my 50 year-old home’s foundation consists of 8”x 8” wood posts, with the foundation’s perimeter enclosed by 1”x 6” boards, slatted to allow for ventilation. The layout of my irregular crawl space posed other installation problems as well. Among other things, insulation panels would need to be installed to form walls in addition to the vapor barrier and a large dehumidifier. Four contractors/salespersons preceded Drytek’s Austin Ireland. One simply said there’s nothing that can be done. Another proposed encapsulating the crawl space from the OUTSIDE, but thankfully never followed up. Another did an evaluation, but never returned my calls. Dryzone wanted $8,500 but offered a pressure tactic $425 discount if I signed a vague contract the same day the salesman came. Later the salesperson said the installation of insulation boards would raise the cost significantly. The salesperson at Dryzone also said he would call back with details, but didn’t. Drytek’s Austin Ireland, on the other hand, took more time than any of the others to carefully examine my crawl space. I crawled with him as he pointed out the condition of my crawl space and the challenges of encapsulation. By this time, my own research had better prepared me to better evaluate proposals. I found him to be knowledgeable, straightforward and honest. I was a highly motivated prospective customer. Last year a HVAC system had been installed with the air handler, electronics, and ductwork in my crawl space. The moisture in the crawl space last summer was degrading the new system. So what did Austin Ireland of Drytek propose? Four centrifugal snail fans joined together by extension cords, placed strategically in the crawl space. These are not exhaust fans to ventilate, but rather air movers like you may have seen in public bathrooms to dry floors. He even showed me what to do, and wouldn’t take any payment for his visit. After investing $400 the next day at Home Depot , I located the fans, connected the extension cords to the receptacles in the fans and waited for the heat and humidity to test Austin Ireland’s theory. It is now six weeks later and we have had three prolonged periods of hot, humid weather during which I have activated the fans. THE CRAWL SPACE HAS STAYED AS DRY AS A BONE. Amazing! The vast majority of wet crawl spaces need to be encapsulated; mine did not. But it took a trustworthy expert whose ethics mattered more than profit to present the best solution for me. Austin Ireland, owner and operator of Drytek, is that person.

Austin and his group were excellent. THey were professional, efficient, always available to discuss and explain all aspects of the job, and cleaned up after themselves HIghly recommend Austin and his whole group. You will not regret it!

Description of Work
Full encapsulation of the crawl space

Dry-Tek made a 150% improvement to our crawlspace. If you don't want your floor joists and other parts of the crawlspace damaged by humidity, then I would recommend you get an encapsulation, it's much cheaper than repairing the damage. Also, Austin provided us with before and after pictures of our crawlspace once the work was completed. What a difference.

Description of Work
Encapsulation of Crawlspace.

I made 2 appointments with them. The first time they didn't come they said it was because they wrote down the wrong day. The 2nd time they didn't show up either. No call. No show. Very unprofessional.

Description of Work
I needed my crawl space remediated.

I felt they were very professional and efficient. They explained the procedure and offered before and after pictures. Very happy with the whole experience

Description of Work
Encapsulation of a crawl space.

We asked for an estimate. It was difficult to schedule as Austin makes his own schedule, not the call service that answers calls. We were unable to be home when he stopped by to inspect, but we home shortly after the time scheduled. Austin was not around and there was a note on the door that an estimate would be given shortly. After about a week my husband and I each called separately to try and obtain estimate, leaving messages each time. We never received a call back. We are disappointed as we had assumed this would be an easy choice with all 'A' ratings on Angies List.

Description of Work
We need mold remediation and basement encapsulation.

Dry-Tek performed all services as requested. The quality of the work was excellent and the price was fair.

Thank you for the kind review Mr. [Member Name Removed]! It was a pleasure working with you Sir.
5.0

Crew was courteous-timely-answered all questions, clean up job site.

Description of Work
Removed section of basement floor-installed sump pump x 2 (one A. C, one D. C), piped discharge out to yard.

Workmanship was sub standard from vapor barrier install, access door that leaks every hard rain, electrical wiring. All dehumidifiers are no longer operational and when you call with questions about warranty you receive no callback. Will never use this company again.

Mr. [Member Name Removed], You did receive a call back regarding warranty from myself personally and a voice message was left. Not sure how you can give us an F for price as you did not pay for this project. The original owner that did pay received a hefty discount. As far as workmanship is concerned, I am curious what your baseline is for comparison Sir?
5.0

Crew was one hair late from original schedule with notification made morning of works. Crew went mighty work and removed all exactly plaster from Cr and space repaired all ares needed and started the encapsulation process which was completed on time. Return trip to repair plaster seams messed in installation.

Description of Work
Worked in crawl space and sealed all air vents, encapsulated all areas of crawl space with 12 ml plaster included all piers and all walls all seams were sealed with weatherproof tape. Wireless monitor setup for temperature & humility and alarm when water sensed.

Poseidon Plumbing & Home Services, LLC, are committed to excellence in every aspect of our business. We uphold a standard of integrity bound by fairness, honesty, and personal responsibility. Our distinction is the quality of service we bring to our customers. Accurate knowledge of our trade, combined with ability is what makes us true professionals. Above all, we are watchful of our customers' interests, and make their concerns the basis of our business.  …

How is Dry-Tek Environmental overall rated?

Dry-Tek Environmental is currently rated 4.7 overall out of 5.

What days are Dry-Tek Environmental open?

Are warranties offered by Dry-Tek Environmental?

What services does Dry-Tek Environmental offer?

Are there any services Dry-Tek Environmental does not offer?