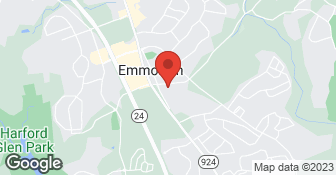 Basement Waterproofing Nationwide has been servicing the Baltimore area since 1987. BWN has been turning damp and wet basements into dry basements without costly excavation. BWN is a licensed and insured, locally and nationally recognized basement waterproofer. We are the first basement waterproofing company to be awarded the Better Business Bureau's "Torch Award" for outstanding ethics in the marketplace, also being the only waterproofer to win that award twice. An Angie's list Super Service Award winner (2011 and 2012), BWN has the ability to permanently correct your basement problems at an affordable price. When it comes to trust you have come to the right place, we are family owned, family run, local business. We are not a franchise nor are we an exclusive dealer of any one product. As such, BWN is able to present you and your basement to the entire array of products and services available on the market today, allowing us to solve your wet basement problem with the right method at a price that's right for you. We offer a lifetime warranty to our customers, ensuring that your basement stays continuously dry. BWN is above all professionals, delivering excellence in the swift completion of each project....

It was great, very efficient and cleaned everything well. I don't have any problems.

Description of Work
They put in waterproofing system in my basement.

Thank you [Member Name Removed] for your review, we are happy we could be of service. Steve Taylor
5.0

They were great, everyone was courteous, they really really did a very good job, I will recommend them to anybody. They make everything clean before they leave.

Thank you [Member Name Removed] for your kind words. We are happy to be of service and appreciate your trust. Steve Taylor
5.0

This company was quick to respond, friendly and efficient. They went far above what other companies had suggested and did an amazing job, even cleaning up after the repair. Mike was our technician and we couldn't have asked for better service. We highly recommend them to anyone with water issues.

We got 5 estimates from companies regarding a leak in our office and adjoining storage unit. This was the only company that accurately pinpointed the problem , which was a leak coming from gaps surrounding our electrical conduit pipe. Other companies had quoted us 6400$ to dig up the front yard and redo everything from the outside. Others wanted to dig up the inside. I’m so glad Mike explained everything to me clearly- and it all came down to common sense. These guys found the exact spot where the leak was coming from, and knew how to fix it. He also suggested replacing our sump pump because it was the original, and mud was starting to back up. He suggested we do this as it would be tragic to fix one problem and have another occur (and subsequent flooding) that could have been prevented. There was a minor connectivity issue with the sump pump a couple weeks later but I called at 9 am, the man who took the call put it in as an emergency because of some water splashing out and the problem was fixed by 11 the same day. Great responsiveness and customer service. I feel confident in my decision to choose this company, and would recommend them to others.

Thank you very much for your observations and kind words. Steve Taylor President
5.0

Estimator and worker were polite, punctual, and did good work.

Thank you and much appreciated! Steve Taylor President
5.0

Excellent job. Cleaned up and landscaping put back after. Could hardly tell that they had just dug up part of the front yard. No problems since then. Now can use the porch as we don’t have anymore problems with flooding.

Professional, informative and personable staff. Cleaned up at the end of the day. Most importantly, there was no leaking during a recent storm.

Absolutely wonderful experience dealing with everyone from the company. As much as no one wants to deal with water leaking into their basement, these folks made the experience as easy and pleasurable as possible. Everyone was extremely pleasant and professional, and they completed the work ahead of schedule for me. They did an excellent job for us, and I would not hesitate in contacting them again (even though I hope I don't have to, as no one wants water leaking into their basement). I cannot say enough nice things about these folks, and would highly recommend them to anyone.

Description of Work
Sealed two cracks in the foundation wall

This was a huge job. A complete basement waterproofing - new internal drains installed and two new sump pumps installed. The guys were great - came on time worked hard all day and cleaned up after themselves. The only negative was at the completion of work when it was time to pay the amount was less than what was originally quoted. I told the guy that and he insisted that it was what he had. I even showed him the quote on paper. I paid it - glad it was less, but a few days later got a call from the office telling me I needed to pay another $1600 (the difference between the original quoted price and at the time of service price) I told her what the guy told me and she got a little rude saying "well you knew what the quoted price was" - yeah I DID know and was prepared to pay but after install HER guy insisted it was the price he had. I wasn't trying to get out of paying but the confusion on how much it costs was with the people working there. I didn't appreciate her attitude as if I was trying to skimp out of paying. Nevertheless, I ended up with this additional payment. However, the work is supposed to be guaranteed for life. No complaints there.

After contacting and setting up the appointment the company called us the day before the scheduled visit to push us back 6 weeks. When that date finally got close, nobody bothered to contact us. Finally I called the day before the new visit date to confirm the visit. I was transferred to a manager who then told me the company had decided that my location was too far away to provide service. That should have been stated before the first visit was scheduled. It should have been stated before pushing us back 6 weeks for NOTHING. Very unprofessional. That lack of communication has delayed my very necessary home repairs.

We do not repair or replace roofs

Basement Waterproofing Nationwide Inc is currently rated 4.8 overall out of 5.

Basement Waterproofing Nationwide Inc offers the following services: BWN solves your wet basement problem and guarantees the result. We install sump pumps, battery back up sump pumps, repair cracks, install french drains. We use sodium Bentonite in the soil injection process. We can fix your wet basement for a price that's right for you!

Are there any services Basement Waterproofing Nationwide Inc does not offer?

We do not repair or replace roofs