Here at Phillips Waterproofing we pride ourselves on the high quality work and commitment to customer satisfaction provided on every project. With over 40 years of experience in the industry we are a standard leader. Being owner operated means that the owner will be on every job making sure it gets done correctly the first time. Our attention to detail is second to none and we promise to deliver in a timely and highly professional manner on any project we take on. Phillips Waterproofing specializes in residential, commercial waterproofing and concrete work. We look forward to taking on your project. Lifetime guarantee. Free Estimates. Additional email: info@phillipswaterproofing.co

It was fine. The service was great. They came here and fixed it. They were here when they said they were gonna be here.

Description of Work
They repaired the water leak I had on my basement.

The service was good. They have a lot of services, you name it and they have it. I would use them again. In fact, we were going to have another project and would contact them to do the foundation.

The guys were so respectful and cleaned up the job after they were done! The young girl that answers the phone helped me so much, and was so sweet the whole time. I would highly recommend them to anyone

Excellent service!! Would definitely use again.

Service was wonderful! The salesman was polite and fair with pricing. The works we're well mannered and got the job done in the time frame we had discussed. I am very pleased with their work and plan to use them for any future projects we may have.

Description of Work
We purchased a Big Deal from Phillips Waterproofing.

I had them out and they gave me a reasonable quote for the work I wanted done, which was an enormous amount of work. I got it done in the Spring and we had decided to do a lot more stuff. He was always very reasonable. They were always prompt and his whole crew was always nice. I can't recommend them enough. They've just been extraordinary. They've gone way above and beyond in things they had to do. Our basement is very large and was in terrible condition, so it needed a lot. I feel I got my money's worth. They carried out these enormous heavy wet boxes. We've been having terrible rains, but my basement has stayed dry. They said anytime it fails, to let them know and they'll fix it. They can do lots of other things and I plan to use them for other things in the future.

Description of Work
They've waterproofed our large basement and are going to seal the floors.

Description of Work
I paid for service, but was never contacted...could have been my fault?

Description of Work
I have left several messages/emails and had one call returned with 'I'll call you back and schedule the appt in a few days' line and no return call.

We are finishing our basement so we want to make sure that we fix all water leaks that we have so I purchased this Phillips Waterproofing package for $49.00 just to be sure. My contractor showed me the foundation problem so I thought I would be on the safe side and see if this company finds something that we're not seeing. The guy was very prompt to come to our house but I was under the impression that for the $49.00 I would get an extensive report on why water is coming in. A package, it stated, that is actually worth $750.00 so I feel that I'm getting a deal. He came in the basement and I showed him where the water is usually coming in. He then went outside to check the foundation and told me that it's coming in near the block window (which it's not). He said for $800 he'll epoxy the window. I showed him the crack where the water is actually coming in (I wanted to see if he noticed it first), which was close to the window, and said "Oh, I didn't see that, that would cost another $200"!! So, to summarize, he was at my place for 5 minutes and told me that it would cost $1,000 to fix my problem. I had to show him where the problems were! What kind of service is that? I don't believe that Epoxy is more than $50.00? I would've hate to have paid the $750 that it usually would of cost for 5 minutes of work!

Description of Work
He came to help us figure out where water is coming in in our basement.

Phillips showed up when they told me and did exactly what needed to be done. They repaired our foundation and fixed our water problem in our basement. I highly recommend them to anyone.

Description of Work
Fixed our foundation and waterproofed the basement.

we was getting water in our basement every time it rained. we called Phillips Waterproofing the came out gave us a quote I called them back after getting 2 quotes and sent up a time to have it done. they showed up when they said. after the work was done they done a great job of clean up. we have had 2 big rains after the job was completed and we have a dry basement. 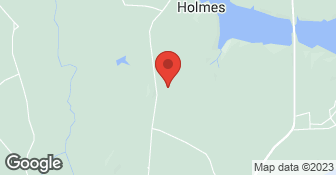 How is Phillips Waterproofing overall rated?

Phillips Waterproofing is currently rated 4.5 overall out of 5.

What days are Phillips Waterproofing open?

No, Phillips Waterproofing does not offer eco-friendly accreditations.

No, Phillips Waterproofing does not offer a senior discount.

Are warranties offered by Phillips Waterproofing?

What services does Phillips Waterproofing offer?