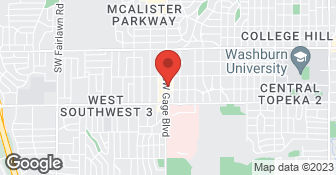 Free Estimates, pay for fabric charges when placing your order, and the balance is due when work is complete. Brian is usually booking upholstery jobs 3-6 months in advance depending on the time of year. Repair work can be done in 1-2weeks....

We are a custom acrylic fabrication shop with stock designs also shown on our website. Our quality is the finest in the acrylic industry. Display cases, wall cabinets, display covers and bases for antiques, model ships, collectibles, and turntables. Safely packaged and shipped to your door. We ship to all of the US states and cities in 48 contiguous states. Email or call us for a free quote 1 800-971-6276.  …

A friend recommended Johnson Upholstery to freshen up my 40 year old sofa and loveseat. I contracted with Johnson Upholstery in July 2014 with a promise that my furniture would be finished by Thanksgiving. Mr. Johnson told me that he would pick up my furniture first week of September. First week came and went, no phone call. I called Mr. Johnson late September. He said he would pick up furniture end of October, with goal of finishing before Thanksgiving, 4 weeks away. No phone call. Two weeks before Thanksgiving, I called Brian. He said he would call me back. After Thanksgiving, I got that phone call. He picked up the sofa and love seat the Friday after Thanksgiving with a promise that I would have it back by Christmas. Christmas came and went. Fortunately, I had lots of folding chairs for my kids and grandkids to sit for Christmas gift exchange. Lots of jokes from grandkids about the nice furniture. I wasn't calling again. Brian could call me this time. Finally, I called January 19. Sofa was delivered January 22. Love seat was delivered January 24. So you can see from my narrative, communications with the customer is really lacking and low on his priority list. Best to under promise and over deliver, than the other way around. The quality of the work is very good. I may use Johnson Upholstery for future work on 2 chairs that need refreshening. But I will check with other reupholster companies locally instead of just giving him my business. And in the future, I will know not to anticipate completing the work by any specific date. I will know not to expect good communications with frequent updates on progress from Mr. Johnson. And I will expect the quality of the work to be very good.