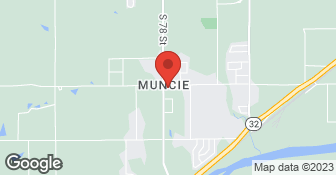 Voted Kansas City's Best Foundation Repair and Waterproofing Company by Kansas City's Blogger Local, KC Pier offers complete foundation repair. We are experienced foundation construction experts that take pride in the quality of service we provide. All of our work is carried out by KC Pier employees that have received extensive training in foundation repair techniques. This allows us to ensure the highest quality control, ensured compliance with industry standards, and absolute success for both the company and our clients. We offer Foundation Piers, Bowed Wall Repair, Foundation Crack Repair, Basement Wall Excavation and Waterproofing, Sump Pump and Interior Drain Systems. KC Pier uses our OWN EMPLOYEES for our services. KC Pier crews are professional and knowledgable and do only foundation repair every day. KC Pier lifetime warranties are fully transferrable. We are fully bonded and insured. KC Pier is BBB A rated and Angie's List A rated We are currently 20 - 25 employees, offering owner financing and free estimates....

KC Pier was so easy to work with. They followed through on every aspect of the job, answered my questions and completed the work on time. I highly recommend them. Honest and reliable.

Description of Work
Polyjacking, downspout extensions, side walk repairs and grading on my commercial property.

It was excellent. All the way from the point of them coming out to look at the work, providing the estimate, and actually getting the work done. They did an excellent job.

Description of Work
I had them install a towel drain and two sump pumps.

I have no complaints for them. They did a good job and I have nothing bad to say. I would recommend them.

Description of Work
They did some plumbing work for me.

They did a good job. The guys working for them used some of our equipment, but they replaced it.

Description of Work
They installed beams in my basement.

Description of Work
4 piers were installed

We had KC Pier excavate our front yard to waterproof the foundation wall, install a drain system and tie it all in to a new sump pump with battery backup. It took longer than anticipated but that was because of unforeseen problems with rock underground and some shady work by a previous contractor. KC Pier fixed the problems the old contractor caused and put everything back together just like new. I know when it rains next we will not have a drop of water in the basement and having the security of a functioning sump pump is a great relief. Any foundation work we have in the future will definitely go to KC Pier, their crews were very knowledgeable and took great care of our property.

The Quality of the work looks good, they only issue I had was they came a week after our original planned work date. I am doing a Home Rehab/Flip so time is very important.

Description of Work
I needed Support beams installed against my foundation walls that were bowing inward less than 2". They installed 11 Beams and sealed all cracks in the foundation in one day.

The initial sales team and foremen are very professional and inspire confidence. That said, there was very poor communication about when the teams would complete work and exactly what they planned to do. Additionally, work that was promised to be done was not--and the foreman, nor the office manager would return calls or messages about next steps. The job took much longer than estimated--and the foreman did not stay on the scene. As soon as he left, the crew seems to slack and/or complain they couldn't move forward until the foreman returned. A wall was removed and I was told they'd have a crew put in new drywall, but that never happened, nor would anyone return my calls or messages about when that might happen--or whether there would be additional costs. All that said, the crews were very tidy in their work and what they finished appears to look okay, although it has not been tested to determine whether a solution was reached. I understand this business is very busy following a rainy season, but if they are willing to bid a project, they should be willing to complete it in a timely manner. Also, I've made repeated requests to have a list of all the work they've done for my home records and this has not been done. Mike and Corey seem like good, competent people, but a lack of follow through by Terry and Amanda have been extremely disappointing.

Everyone on the crew was very professional and they were extremely tidy and careful with the way they handled everything from cleanup to replanting landscaping that had to be temporarily removed. While I'm still waiting to see how the foundation holds up after the next round of rain, I'm very happy with the service provided to date.

Description of Work
I needed to repair a foundation crack at the front of my home, following a rainstorm that resulted in a flooded basement.

We appreciate the very positive review. Glad to hear our crew performed in a manner that met your expectation. We speak about this in our meetings often and its nice to hear when positive feedback comes back from our customers.
5.0

Thank you for the nice review. We are happy to hear you are satisfied with our service and attention.
5.0

KC Pier installed 12 piers under my foundation. Many piers were installed 30 feet in depth which with other companies would have cost additional amount for depths over 15 feet. They had to install an additional Pier in one location due to unforeseen problems with the foundation itself. There was no additional cost for this.

Description of Work
Place piers under a sinking foundation and raise foundation.

Thank you for the kind review. We really appreciate it. Yes, sometimes you never know what we will find once we start to dig out a foundation, but I think our steel solution will help add strength and stability to our work.
5.0

Mike Wright, from KC Pier, was very professional and patient in answering all my questions. The crew, lead by Matt, was efficient and kept the work area cleaned as they installed the braces. I would use KC Pier again, they did a great job.

Description of Work
I had to have my basement walls braced to stabilize them.

Thanks [Member Name Removed] for your feedback and review. Glad we could help.
5.0

It went great, they showed up on time. The crew did a great job of communicating what they planned for the day and what we could expect. Had a small set back, but KC Pier responded quickly and fixed the situation without any issues. Very professional and trust worthy group of guys.

Thanks for the positive review. We do find surprises at times once we start digging, but glad all worked out for the best.
5.0

The service and quality of work we received from KC Pier was awesome! Employees were extremely professional. I would recommend them to anyone!

Description of Work
Waterproofing my basement.

We appreciate the positive review. Stay dry! If we can be of help in the future, please let us know.
5.0

KCPier did a great! job. they showed up at the time and date they said they'd be here. kept everything clean and very respectful of our home. the foreman kept us informed throughout the process. Very professional ! I'd recommend them to anyone.

Description of Work
We had piers installed under our garage,

Thank you for the kind review. We care and appreciate that you noticed! Glad you like the results.
5.0

was excellent, worked very hard and didn't stop til the job was complete. clean up was very good. happy that I hired them

Thank you for the nice review. We are happy to hear you are happy with our workmanship.
5.0

We talked with other foundation company's and chose KC Pier because they made the process very understandable to us. Nothing was forced upon us and they made sure we had a clear understanding about the type of work that need to be done and why. The staff throughout the process was impressive and the work was completed on time. We would definitely recommend KC Pier to others.

Description of Work
We had pier work done in our basement by KC Pier.

Thank you for the nice review. We greatly appreciate it. You shouldn't need us in the future pertaining to those fixes, but please keep us in mind should anything else be needed.

DC Solutions, LLC understands that your home is one of your largest and most important investments, and we pride ourselves in performing quality work that will leave you satisfied and confident in your home’s structure. We will assess your home's needs and provide a free estimate detailing the proposed repair plan. We will also offer you a description of the work needed and answer any questions you may have. With a variety of options to choose from, we are sure you'll be happy working with us. Look around our website and if you have any comments or questions, please feel free to contact us.  …

Please visit our website to schedule a FREE estimate at www.Sonrisemasonry.com Sonrise Masonry is a family business in the Kansas City area. J.D. Rabuck, the owner, has 30 years experience in the masonry, stone, brick and foundation business. Whether it's a new construction project or repair work, we will provide our customers with complete satisfaction and a guarantee of services. No job is too big or too small. Call today for a FREE ESTIMATE!  …

Since 2001, Foundation 1 has created a strong reputation based on honesty, integrity, and fair pricing. If you have cracks in your drywall, sticking doors, or sloping floors call us about our Impact Piering systems. If you have cracked, leaning, and bowing foundation walls call us about our Strong Arm Wall Bracing System. If your foundation walls and floor leak every time it rains call us about our Dura Dry Waterproofing Systems. We offer a Free consultation and back our work with lifetime warranties. Call us for more information and find out why more people "Rest Their Foundation, On Our Reputation"  …

KC Pier LLC is currently rated 4.8 overall out of 5.

No, KC Pier LLC does not offer eco-friendly accreditations.

Are there any services KC Pier LLC does not offer?