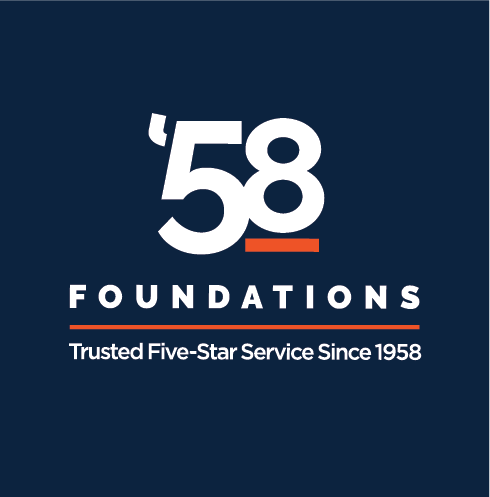 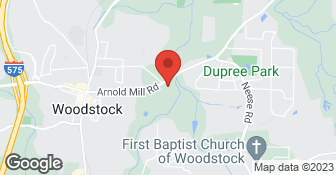 For more than 60 years, ’58 Foundations has provided the highest-quality basement waterproofing, crawlspace encapsulation, foundation repair, and mold remediation solutions for homes and commercial properties. We lead with a promise of Trusted Five-Star Service, which means the customer experience is at the center of everything we do. Since 1958, we have been steadfast in keeping this promise and in upholding the values on which '58 Foundations was built: trust, teamwork, integrity, respect and communication. This comes across in all that we do: from the initial call to job completion, our customers are met with a knowledgeable, caring, and professional staff prepared to offer a five-star experience that is unmatched in the home repair industry. ...

I really wanted to have a good review for BDry. The original salesperson was very friendly and helpful, and the team who came out was very respectful and really worked hard. And for starters, the system was finally installed, and my basement is waterproofed. That being said, I will not be recommending them to others. A one day job turned into 3 drawn out weeks between scheduling BDry to come out a second and third time to finish the "one day" job and to repair mistakes and then also having to reschedule our very busy contractor multiple times to work around BDry's schedule. This resulted in several days without pay for my wife and several wasted personal days that I had to take off from teaching. All told, they did not even fix everything when they came out to do repairs as the onsite worker had told me they would. They had ripped up some of our epoxied basement floor with tape (accidentally), but then when I spoke with a representative about it, they essentially said that they didn't deal with small things like that and that it was my problem. Fortunately, we had just had the epoxy done the past year so we could still find it in store. Unfortunately, the stuff only comes in a $117 container. The biggest issues came with the original salesman giving us certain specifications that we had to have met with demo work before they could come and install the system. Those were communicated to our contractor: "Cut the studs one foot up from the wall". We made sure this happened. When they arrived, they said it had to be demo-ed even further and were going to charge me a fee for it, even though we had demo-ed the way they told us. That was sorted out, and we weren't charged the fee. However, they then proceeded to cut halfway up our walls, mutilating the studs and the drywall above it with the precision of elephants. This translated to a lot of extra labor and a bit more in material costs for our contractor. Our contractor then helped put together an estimate for how much more BDry directly cost us, and it amounted to $400. $400 was a good bit more for us to be paying right now, but I thought it would be no problem at all to get BDry to cover that for us, especially since we weren't even factoring in all of my wife's lost wages. They were resolute in not giving me any discount, insisting that I should be satisfied with them "Not charging me the $300 demo fee", which is irrelevant since it was their mistake that they had to demo more in the first place. Overall, while I am very relieved that the basement is finally finished, I am exhausted from this process dragging on and am very displeased with the company's lack of consideration for our time or the extra money they cost us. I will not be considering them in the future, and I will be warning as many others away from them as possible.

Description of Work
Our basement was getting a waterproofing system installed, and then they had to come and repair some mistakes.

Our basement has been leaking forever, probably since the house was originally built. Every time it would rain hard, water would seep in between the foundation walls and basement slab. After a hard rain, I would vacuum up 15-20 gallons of water with my wet/dry vacuum. We had a landscaping and irrigation company put in french drains to deflect rainwater, which didn't help at all. I called a few local companies but none *specialized* in basement waterproofing, so I called two larger regional companies to get quotes. We called AquaGuard and BDry, and got a quote from each. Both seemed professional, both had great financing options, but BDry came in significantly lower in price. Almost half the price of AquaGuard's proposal. We went with BDry. They completed the waterproofing in about 2 days, were very professional, and cleaned up pretty well when they left. It's been over six months since we had the basement waterproofed, and we haven't had a drop of water in the basement since. Now that we are confident the basement won't leak, we started finishing the basement. Plumbers cut the concrete to move drain lines for a toilet and shower, and accidentally cut into the BDry drain lines. BDry gave me an entire section of the corrugated drain and piece to connect it so my plumber could fix it, and they didn't charge me a dime. Their service is awesome, and I would recommend them to anyone with basement waterproofing services.

Wonderful! They discovered leak was caused by plumbing leak from main drain pipe coming into home. Our plumber came by to complete the repair to the pipe and they waterproofed and sealed the pipe and foundation.

Thank you so much for you the review. We are glad to have you as part of the BDry Family!
1.0

After 2 visits, our basement is still leaking. The following is the text from the BBB complaint that I submitted. Thank you for using the Better Business Bureau's Online Complaint System. Your complaint has been assigned case # 8060213. Correspondence regarding this complaint will be emailed to : @gmail.com Please print a copy of this for your records. Filed on : June 12 2018 Filed by : Michael Dean Filed against : B-Dry, LLC Complaint Description: After spending $4,618 to waterproof our basement, it is still leaking. They came out a 2nd time, but it's still leaking. On or about 8 May 2018, we paid B-Dry $4,618 to waterproof our leaking basement. We were assured the work would fix our issues. I waited for the next heavy rain (about 2 weeks) to see if the fix worked. I did this because I didn't want to pay someone to put all the drywall back up and paint if we still had issues. Well, we still had water coming in. I called them back and they came out a few days later and put some cement on the floor. The Team Lead Matt told me that they missed a small spot. I waited for the next heavy rain which came on 11 June 2018. I checked the basement and found it was still leaking water. I called B-Dry at 9:10 AM on 12 June 2018 and was told they'd get back to me in 24 to 48 hours due to the heavy rains (they were busy). I let Stephanie know that if I hadn't heard back by 11:00 AM that I was going to contact the BBB. It's now 11:13 and I haven't heard back. Your Desired Resolution: I want them to find the source of the leak and to fix it. I expect that no further financial charges will be made. This case will be reviewed by a complaint specialist at the Better Business Bureau, and then forwarded to the business for their response. It is our policy to allow the business 30 working days to respond to your complaint. You will be notified when the business has responded.

Mike came out, took a look at our foundation cracks on the floor and a few walls, and gave us an honest assessment. His honest assessment was that we didn’t need to spend the money. He showed us that we already have an effective water proofing system that our builder had originally installed and explained to us how he knew it worked. He told us the capability of our stand alone dehumidifier and he briefly explained why the one they sell is better, but he never tried to push one on us. He even figured out why one of our interior walls (in the stairwell) showed some water stains and he told me how to fix it myself! After having hired Everdry for a $20,000 basement job in our last house, I MORE than appreciated his honesty! If you are interviewing companies for your basement, do yourself a favor and call B-DRY and have them come out FIRST before you call any of the “big boy” companies. B-dry did not try to create a sense of urgency where it wasn’t necessary. They did not tell us that our house was falling apart and that we needed to give them money that day. If we ever have an actual water problem in our basement, we will call B-dry for sure!

Description of Work
We had a crack in our foundation floor at our new home and some drainage issues in the yard. We wanted to take preventative measures to avoid problems.

Thank you for your review! If you need our services in the future please let us know. Thank you The BDry Team
5.0

Smooth work. Rep was courteous, concise and knowledgeable....able to answer all questions. Workers were very efficient and organized.

B-Dry was excellent. They were more skilled than the competition, knowing exactly how to solve the problem. Without being more pricey or difficult. I was extremely impressed all around, and wish I had known about them sooner, as I have experienced several failed attempts to waterproof, prior to finding B-Dry! Don't hesitate to work with this company.

They did a great job...always on time...finished promptly...went above and beyond to do some things we asked at the last minute...would definitely use them again!!

All went well. Everything on time and on budget. Excellent craftsmanship.

Description of Work
Best value ever. Basement water problem solved. I would hire them again in a heartbeat.

Not so good. The appointment was for between 0900 and 0930. The workers arrived at 1120. They were supposed to remove insulation from the joists above, but they brought no bags. After the supervisor went and purchased bags, they left the full bags (about 12) after the job was done. The supervisor also did not bring the door we had ordered, nor did he bring cement blocks to place in the vents in the wall. The taping of the seams in the ground cover was poor and needed to be redone. While the workers were removing the fiberglass insulation they bumped the drain for the bathtub, knocking it loose, which resulted in a flooded space the next day. The humidifier works great. The insulation was applied properly on the walls and there was a substantial improvement in the crawlspace temperature during the winter. We called the salesman after they finished ? and told him about all the problems. He called the regional manager from Greenville,SC who came the next day to finish the job. He cleaned up the flooding, removed all the bags, tightened up the drain pipe installed the concrete blocks and after 2 attempts, brought a door that didn't meet our approval. I finally paid a carpenter to build a weather-proof door, and install a new drain pipe. All in all not a very good job, especially from a company that specializes in this type of work. The initial 3 people whom worked on the job should have been fired!