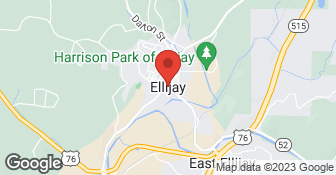 Georgia Restoration and Construction Pros is a locally-owned and operated company with over 60 years of combined experience in the industry. Many of the contractors on our team are second-generation, and they are experts in a wide variety of fields. Our extensive knowledge and experience of new construction, combined with our use of innovative tools and and high-quality materials, makes us an excellent choice for both new and seasoned homeowners.  …

Specializing in REMODELING, KITCHEN AND BATH REMODELING! We always guarantee your satisfaction and won’t leave until the job is done right. We take pride in ourselves and on the quality work we provide, while always delivering great customer service! Check out our services offered, then call --or-- click to schedule a free estimate today! We do all types of remodeling. From demolition to making a new room.  …

Todd Phillips has been in business since 1992. Uses subcontractors and provides excellent and personal service when working with his customers. Charges determined by the job. No travel charges apply. Visit our page, Todd Phillips Construction, on Facebook. Give us a call!  …

Description of Work
Replace logs and chinking on historic log home. The worst experience. The work started in Aug 2013 and never really ended. It still isn't |completed. It took me ten months to get them to return and fix flaws in the chinking. They like to play games with people. Never returning calls. |Making appointments and not showing up. They (Mr. and Mrs.) are dishonest and with little talent. I should have joined Angie's list before I contracted with these losers. Its strange they seem to be most concerned with shooting videos and taking pictures for their websites and youtube. There is work still to be done but I can't bear the thought of them on my property again so I'll bite the bullet.

Hired this company in August of 2013 after meeting with owner and him showing us some of the other homes he had done similar to the work we were asking him to do to our log home. His work on these homes was very neat and professionally done. Once he started working on our home we received a call about 10 days into the job and was told the house was complete. Keep in mind we do not live at this home full time. I questioned his wife about how they could have done the windows and doors if no one was there to open them and she told me she would ask Earl her husband and owner. I received a call from Earl shortly later and he said he would finish the doors and windows on Saturday when we were there to let his crew in. He was coming by on Friday to be paid the remainder of we owed him for the job with the exception of 500.00 of which would be paid once the decks were done. The decks were going to be done on the following Monday so that they had time to dry before anyone walked on them. He agreed to this plan of payment and I was told he would come by Friday evening of which he did not come. When I got to our home Friday evening I was shocked at what I saw! The color of the chinking was painted white (not the color we discussed) and was the worst job I had ever seen. It was outside the line and on the wood, it was inconsistent and sloppy. The eve's of the house had not been painted or scrapped of old paint. There was still raw wood that had been replaced around one of the windows that had a gap about one inch between the window and molding and had never been caulked. The window trim was put up with staples. The staining of the stairs and porch railings had not been done very well and did not even put stain on the inside of the railings. The stain that was done was not neat or even, it was as sloppy as could be. Needless to say I was not happy with the quality of work I was seeing and saw done on the houses we looked at before hiring this company. Saturday morning his crew showed up to the house to do the windows and I walked around with one of his employees to show him the poor job that had been done. He agreed with me and was very sorry. When Earl (the owner) showed up afterwards I was not happy and I let him know how unsatisfactory this work was and it needed to be corrected. He at first got a very defensive attitude and eventually told me he would make it right. I gave him a list of most of the things that needed corrected and he told me that two of his employees were going to be fired over this and that he had been under a lot of stress. He was to work on the house the following week and correct. I received a call the following Friday saying he was done with the exception of the windows and what time would we be at our house so that we could open the windows for him to finish. I told him around 7:00 PM. When we arrived Earl was at the house and I could immediately see that the chinking was fixed and the correct color and the wood siding look great. When we got out of the car we said hello and ask him how he was before my husband inspected the house . He said he would let us know how he was after we looked at the job he had done. When my husband told him all looked fine with the exception of the doors and windows Earl told him he decided since he had to put so much more money in the correction the HORRIBLE job he did the first time to the chinking of the house , that he didn't think he needed to finish the doors or windows! My husband paid him the entire amount of what we owed him because we wanted him out of our lives and his attitude. Once he left my husband and I walked around and realized they did not stain the entire stairs on either side of the house, only the top of the stairs and railings. You could see the old would clearly when looking at the stairs and see that it had not been touched. The stain was better than the first time but still in a lot of places very badly done. He painted the window ceils while the windows were shut and resulted in them being painted shut. He took off the screens from the outside and as a result of that bent the frames and need to have them repaired before we can put them back in the windows. Doors and windows were not sanded down. They left sandwiches in the yard that they tossed out along with cheese wrappers and cigarette butts . This was the nightmare that we all read about contractors that I never thought would happen to us. He started out being the nicest guy in the world and once he got the job ended up being the most unprofessional, both by his attitude and the work he did on our house. He acted like he did us a favor by fixing the chinking that should have been done the right way the first time and he would not have had to go back and spend more money, not our problem! We paid him 8000.00 so that my husband could do what he didn't finish!

Description of Work
Did a very sloppy job staining and painting house. Had a bad attitude when I showed him the horrible job he and his crew did on our house. Eventually told me he would correct it and make it right. Following week was fixing all the bad work done and then told us he was finished and was not going to do the doors or windows of the house because he had to spend additional money fixing the bad work done the first time. We paid him and ask him to leave because of his bad attitude and horrible work.