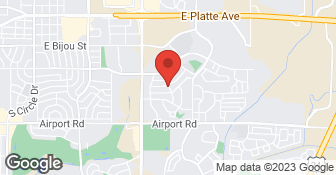 At Colorado Springs Alarm, we will go to great lengths to make sure you are completely satisfied with every aspect of our service. There is nothing as important as the security of your family and property, so we are dedicated to providing a superior level of service in every respect. Colorado Springs Alarm has over 30 years experiance providing dependable security and fire alarm service in Colorado Springs. We service most every brand and type of alarm. Call us with your needs and we will come to your location, and give you a free estimate for the work, as well as recommend changes or solutions to your needs. Some of the services we can provide include: * Alarm monitoring * Alarm Installation * Alarm Service and Repair * Home Security Alarms * Commercial Security Alarms * Fire and smoke alarm installation * Video surveillance * Fire inspections * Elevator ADA compliant monitoring Most calls responded to within one hour, and many times we will be at the site the same day! We have the experience and resources necessary to make sure your property is fully secure. Call today or visit the website through the link above....

professional and knowledgeable. courteous and on-time.

It has been our great pleasure to work with Roger Patterson of Colorado Springs Alarm. His incredible expertise, dedication, and patience were clearly evident throughout the entire process. Without the benefit of a manual detailing our system, he reverse-engineered the system and successfully connected it to his cellular system. He also patiently answered all of our questions so that we fully understood how our old system would perform with his hardware and monitoring service. In addition, we discovered that he is personally willing to help us at any time of the day or night. This is extraordinary customer service! You'll also note that the cost of this service was $0.00. The only payment Roger required was a one-year monitoring contract at the same monthly price that our previous alarm company was charging for a system that worked with a telephone. There is a reason that Colorado Springs Alarm has an A+ rating with the BBB and it was clearly evident as Roger helped us through this entire process. We heartily recommend Colorado Springs Alarm.

Description of Work
Took our existing wired alarm system that was installed in the mid 1990's to work with a phone line and converted it to work on a cellular-based system.

It went GREAT - all is well and our house is quiet now :-)

Description of Work
For some unknown reason...tis afternoon all of our smoke alarms all started going off simultaneously and I couldn't get them to shut off and my poor little dog was freaking out. We had used Roger before so again I called him immediately. Thankfully he was in the area and was really close to my neighborhood so he arrived at my house just a few minutes later and was able to figure out what to do to turn them off - Thank goodness!!

We'd gotten quotes from 2 companies found on Angies for a 5-unit office complex where I act as property manager. The 1st company sounded good but, after talking with Roger Patterson, owner of CSA (formerly EA3 Ltd), we went with his company. He was $6 a month lower than the other company but it was his professionalism, patience, insight, and willingness to answer questions that won the contract. He was also willing to start his service before the contract had expired for the previous company - at no extra cost. This was to ensure the equipment would allow him to make the needed changes prior to the time when that contract would no longer be operating, which could have left us with no coverage if this wasn't feasible. It also helped to ensure coverage, which easily could have been discontinued by the nationwide company once they found their contract was being canceled. All and all, the start up of our relationship with Colorado Springs Alarm has been smooth and relatively low stress - a refreshing bonus in a process that can involve turmoil.

Description of Work
Take over providing fire alarm monitoring service from a nationwide company for $360.00 a year (instead of $900 a year we were paying). They also ensured the system was set up properly for their service and added a 2nd, required phone line for backup (in case the 1st line failed). Rather than adding the cost of a second phone line to the utilities bill, they ran the backup through on an existing fax line. There was an initial charge to change over the system to the new company. This was $64.58, including replacing a battery plus tax. There was no labor charge.

Roger returned our call quickly and he provided us with a free estimate. When he was given the "go ahead" he quickly updated our system. There was a few items that were not in the contract and we were not billed for those items. Roger thoroughly went through how the system works and made sure we understood how it worked. We recently had one of the old magnetics wear out. Again, he returned our call promptly and set up an appointment for the next day. He didn't even charge us for the new magnet! Roger is very easy to work with, his prices, and customer service is great!

GREAT! I called his this morning in a PANIC because my home alarm system was beeping every few seconds (we did not know why) and it was driving us CRAZY and we had no idea how to make it stop. Knowing I wanted to find an local, honest and reputable company to handle this repair so I looked on Angie's List to find a home security contractor. I quickly looked through the reviews and liked what I saw on the Ea3 reviews, so I called Roger and he said he could come out this morning - WOW, what fast service!! I was thrilled because I did not want to hear the alarm continue to beep all day and all night long, again. Roger showed up at scheduled, gave me a quick lesson on how the system worked and walked me through the system step by step how to program it. He saved the day as well as my sanity :-) THANK YOU!!

Description of Work
He completely re-programmed an existing alarm system at my home.

[removed member name] I am very happy to hear you are satisfied with our service, do not hesitate to call with any questions or if you should need any additional work. It was a pleasure to meet you Roger Patterson
5.0

Everything went fine. Roger is easy to work with...conscientious and thorough. One screen wasn't quite the way he liked so he had it redone. Yes, an alarm can go in a screen so the window can be open and the alarm will remain active.

Description of Work
Roger came and installed everything himself. I had alarms installed in 19 windows, 3 doors.

They came the same day to do an estimate and then were back the next day to install it. It has worked great ever since. Both gentlemen were nice that came to my home.

Description of Work
They installed a new security system for me.

This was awesome. I have had previous alarm systems from ADT and guardian protection (PA). This system exceeds those alarm's capabilities with less cost. Roger installed the alarm quickly, and I was up and running rapidly. He also connected two electronic locks that work flawlessly. Roger knows the business well. I peppered him with lots of technical questions (I am an electrical engineer) and he answered all of them with precision. He assured me of the 'best practices' in the alarm business, and made sure I didn't purchase anything I really did not need. Roger really looks out for the customer and his personal touch is a breath of fresh air compared to conglomerates who do not know who you are.

The owner, Roger Patterson was prompt for the initial appointment, provided details on replacing the existing alarm system and quoted a very reasonable price. The security system was a complex system and Roger provided outstanding advise regarding replacing the system. The install took one day. On completion of the installation he demonstrated the functions and features of the system.

Description of Work
Ea3, Ltd, replaced my existing alarm system with a modern up to date security system

Custom Maintenance has been helping residents in Colorado Springs and surrounding areas for a year now. Although we are new to Colorado, our professional licensed electrician is not. A licensed Journeyman Electrician with 10+ years of experience in residential wiring while living in South Eastern Louisiana. Every job is taken great care in consideration to our clients budget while giving our clients professional installations that are guaranteed to last. While catering to small basic home needs such as light installation, outlet and switch changes we also over services like running new wire for hot tub installations, panel upgrades and home runs. Don't hire just anyone for your electrical needs, hire the experts at Custom Maintenance.  …

At Colorado Springs Alarm, we will go to great lengths to make sure you are completely satisfied with every aspect of our service. There is nothing as important as the security of your family and property, so we are dedicated to providing a superior level of service in every respect.

Colorado Springs Alarm is currently rated 5 overall out of 5.

No, Colorado Springs Alarm does not offer a senior discount.

Colorado Springs Alarm offers the following services: At Colorado Springs Alarm, we will go to great lengths to make sure you are completely satisfied with every aspect of our service. There is nothing as important as the security of your family and property, so we are dedicated to providing a superior level of service in every respect.