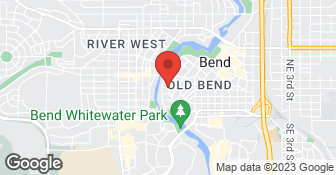 WE GO BEYOND WINDOW CLEANING. MAC was named after my little sister as a reminder to always follow my heart and stay true to family. Every single crew member and customer becomes a part of that family. On top of MAC being a company who looks out for both its crew and its customers, we also support local college students. College can be the most explorative and growth oriented time in a young adult's life and here at MAC we want to help teach them life lessons while also being there to support them in times of need. We teach our employees how to be the most Professional, Efficient, Clean, and Personable window cleaners in Central Oregon. So why not join the family today? Call Us  …

Serving Portland, Oregon and the Tri-County area for over 20 years, we offer complete drywall services for remodels and repairs at affordable rates. Family owned and operated, we are open six days a week to accommodate your busy schedule. Licensed and insured, we provide clean, quality workmanship as a top priority. With a new location, we are now offering our services in Bend and the surrounding areas.  …

The work went very smoothly. Everything was completed on-time and as promised. Jason was a pleasure to work with and showed a commitment to getting everything exactly the way we liked it. He did a great job coordinating with our tile and stone provider to make sure everything was ready for their portion of the project. Jason's efforts kept the project moving very quickly, allowing the entire remodeling project to be completed in 1 month!. Jason's personal commitment and integrity showed throughout the process. We would strongly endorse using him for similar projects.

It was a pleasure working with both of you and look forward to future projects. Thank you for the opportunity to complete your project.
5.0

Jason is awesome! He listens and performs all the jobs he is asked to do with precision. He's very pleasant, easy going and professional. I will definitely use him again for other jobs I need done around the house.

Thank you for your business, I enjoyed working with you and look forward to future projects. Have a great year.
1.0

I talked to Jason Wise of Wise Handyman Inc. and he seemed like a very nice guy. However I told him what it was I was looking to have done and he told me that he was booking out into October, I said that was fine. So we planned for him to come out on either the 12th or 14th of July and it would be between 7:30 to 8:00 for his show up time. He also asked me to take pictures of the wall, what exactly I was wanting done and all my contact information to all be emailed to him. This was so he could get an idea of the job and start to bid out the costs roughly. I called Jason on the 10th of July to make sure that he was still coming, got his voicemail and left him a message asking to call me back so I can confirm. I NEVER received a call back. So the 12th arrives and he NEVER SHOWS so I thought ok he did say the 12th or 14th so maybe he will show on the 14th, Nope! Another NO SHOW AND NEVER received a call saying he wasn't able to make it. I tried calling him again to be like hey did something happen and you spaced calling me to let me know we needed to reschedule, he never answered nor did he ever call back. ** Side note as to another reason I marked him an F for professionalism was how he talked about the other contractors and handymen. He asked me how I heard of him, I told him Angie's list. He said, "Oh great. So you saw my ratings and how I received the silver award. Yeah the only guy that is rated above me pays to have that spot. I think he pays up to like $2,000.00 to be there, so he basically buys his spot and his gold award." After hearing him say this I thought why would he tell his customers this, what would he gain? Not very professional to bash others in the same profession.

Description of Work
I was looking to have a wall removed to provide a more open space.

Sorry for your experience. I have not gotten any correspondence from you concerning your project, except the initial call. If it is my mistake I apologize. I do remember talking to you about your mothers wall and was awaiting your email, but to my knowledge I have not received it. Again, I do apologize for your experience. If there is any thing that I can do to resolve your issue please let me know.
5.0

Very responsive and promptly finished all that needed to be done.

Description of Work
Miscellaneous repairs to home prior to sale.

Thank you for your business and hope to work with you again on your next project.
5.0

very well. they did the job well and quickly!

Description of Work
putting shelves together and a kitchen island

Thank you for the opportunity to help you with your project. I look forward to helping you in the future.
5.0

Thank you again and I am glad to help, if there is anything else we can do for you please let us know.
5.0

We needed repairs for the sale of our house and Jason was fabulous to work with. Easy and comfortable to talk to, even our cats came running when he was in the house because they loved him so much! He did excellent work, quickly and well ahead of schedule. The buyers are thrilled with the quality of the work, and we'd recommend him to everyone who needs a large or small job done around the house.

Thank you for the work I hope your next house and projects go as smooth. I really appreciate your business.
5.0

From the moment Jason answered the phone I was impressed. He was courteous, responsive, knowledgeable and efficient. We've been wanting to find a skilled handyman for various jobs around the house when our skills, tools or time didn't allow for us to do the jobs ourselves. Angie's list had high recommendations for Wise so we thought we'd try them out. Jason was able to fit us in the same day we called. He asked for me to send him the details in an email so there would be no misunderstanding of the job. I appreciate that clarity and the protection it afforded us as the homeowners. Jason called 30 minutes before coming to assure us he was on his way. Quoted us a price for 2 hours which we agreed to but finished in 90 minutes and only charged us for the 90 minutes. Love an hourly job where the supplier takes less time than he anticipated. :) We will definitely call on Jason and Wise Handyman again.

Thank you very much for your business and hope to see you again in the future.
5.0

OUTSTANDING...SO MUCH SO I GAVE HIM MORE THAN HE ASKED FOR BECAUSE HE SAVED ME MONEY WITH HIS INGENUITY!!

Description of Work
JASON DID A VARIETY OF JOBS FOR ME: REDO A BOTCHED OVEN INSTALL, REDO A BOTCHED MICROWAVE INSTALL, ANALYZED A GARAGE DOOR OPENER PROBLEM AND SO ON. WHEN HE SAYS HE CAN DO IT ALL, HE IS NOT BRAGGING. HE IS NOW MY "GO TO" GUY!!!

Thank you very much for your generosity and great conversation. Look forward to helping you with all of your needs.
5.0

I believe Jason wise was very professional. He explained everything that he was going to do and give you choices and let you know what the best cost would be. He replaced two windows cleaned the dry rot and replace the trim. He's a very friendly guy he was nice to my dogs even though they kept barking Adam but he never let that bother him. He's a very good and I would definitely hire him again

Thank you for the opportunity to help with your window replacement, enjoyed working with you on your projects.

Everything and anything you need accomplished.