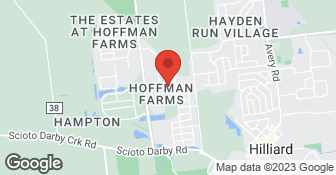 5 EMPLOYEES. USES SUBS. COST IS DETERMINED BY THE JOB. NO TRAVEL CHARGES. NO AFTER HOUR CHARGES.

Hired Brent and Larry as my contractors in June 2007. Down payment was made and job was supposed to be complete by November 2007. My current office lease expired on 10/31/07. Come November, the project was nowhere near completion. There was no siding on the house, no drywall, no insulation, etc. I had no problem with the project running a couple months over, as we were held up for a period of time waiting on windows, but there was no reason that the project should not have been completed by the new year. My electrician informed me that his father had done work for B&L in the past and warned me that I would be lucky to get him to show up on a regular basis at all. Come December, I began to grow frustrated, as the Dr Neither Brent or his father were showing to the site, so I tracked them down at a local bar/restaurant. Brent informed me that he was "embarrassed" that he couldn't get anyone over to the site to work and that he couldn't hang siding b/c his father would not work out in the cold. He informed me that he had "bitten off more than he could chew". I ended up helping him hang the siding with him so that we could get it done by the 1st of the year. In December, Brent had me meet with the drywall subcontractor and pay the drywall sub directly so that I could be "assured" that the work would be done. He also told me to find my own concrete sub. Looking back, I should have realized that Brent and his father must have already had money problems since they were having me pay their subs directly. I had paid Brent and his father $87,000 to this point. He told me that he was going to have me pay all subs directly from that point on until we reached our contract amount of $104,500. I paid subs directly until I hit appx $120,000. I had opted for appx 12-13k in extras throughout the course of the process, so 104.5K + 13K = 117.5K. After 120K paid out, I informed Brent that I had more than satisfied my portion of the contract. I never saw Brent or Larry at the site again. In march, I retained an attorney and had him send B&L a demand letter indicating that work must be completed and a certificate of occupancy must be obtained by April 1, 2008 (original move-in date was 11/1/07). My lease had expired at my current business location and I was paying 1.5-2x rent to go month to month. When Brent received the demand letter, he refused to speak with me. At that point, I contacted the city to make sure permits and inspections were up to date. It was at this point that the city informed me that there had never been a rough plumbing inspection performed, hence they failed the structural inspection b/c the mechanical trades had not yet been signed off on. They also informed me that there had never been a foundation inspection, slab inspection, framing, inspection, or insulation inspection. I currently own a very expensive box that cannot be used for residential or commercial use. Litigation is pending estimates to remedy the situation.

Overall a great experience. They finished the job in 6 weeks. They only used one sub (drywall). Larry and Brent compliment each other well, Larry does electrical work, Brent does carpentry work. They provided good service and tremendous quality.

Whatever the task, large or small, our focus at The Eco Plumbers is on sustainability and craftsmanship in both materials and installation. Our goal is to help you explore your options, so that you can balance functionality, environmental friendliness, and price for your project. No matter what you decide, we'll employ our knowledge and experience to better suit you, your wallet and our environment. We are committed to prompt, professional and on-time service! For efficiency and quality, go with the local company that thinks globally. For more information visit: ecoplumbers.com  …

Bonded
Insured
All statements concerning insurance, licenses, and bonds are informational only, and are self-reported. Since insurance, licenses and bonds can expire and can be cancelled, homeowners should always check such information for themselves.To find more licensing information for your state, visit our Find Licensing Requirements page.
General Information
Free Estimates
Yes
Eco-Friendly Accreditations
No
Payment Options
Check
Senior Discount
NO
Emergency Service
Yes
Warranties
Yes

How is B & L CONTRACTING overall rated?

B & L CONTRACTING is currently rated 3 overall out of 5.

What days are B & L CONTRACTING open?

B & L CONTRACTING is open:

What payment options does B & L CONTRACTING provide

B & L CONTRACTING accepts the following forms of payment: Check

No, B & L CONTRACTING does not offer eco-friendly accreditations.

Does B & L CONTRACTING offer a senior discount?

No, B & L CONTRACTING does not offer a senior discount.

Are warranties offered by B & L CONTRACTING?

What services does B & L CONTRACTING offer?