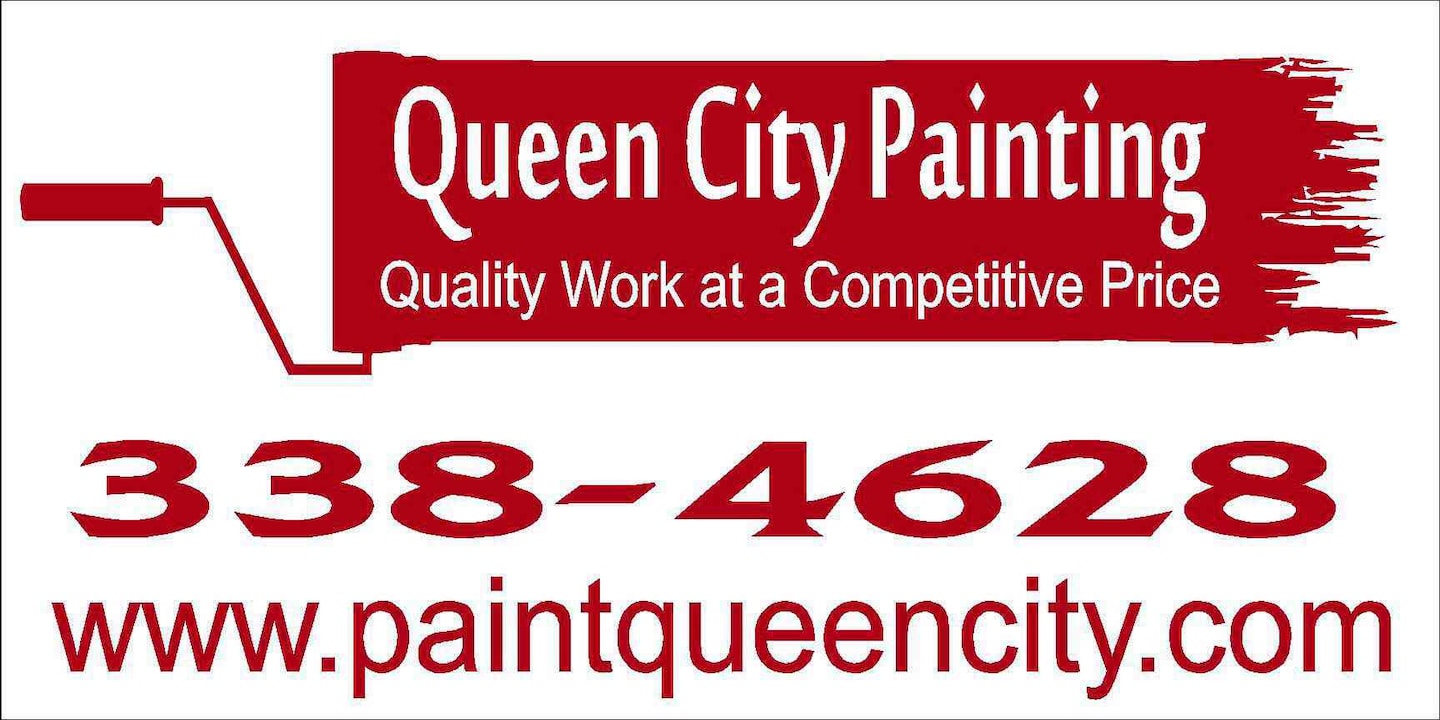 We are a painting business that serves all of Western New York. We strive to make our customers happy and make the process of painting customers homes as easy and stress free as possible.

They did great, detailed work and they worked very quickly. They were in and out in half a day, including sweeping up and putting switchplates back up. Everyone was friendly, accurate, on time.

Description of Work
Jeff and his team painted the dining room, living room, front entry, and up a staircase.

The company showed up on time, completed the work in a timely manner, cleaned up after themselves. They were professional and friendly.

Description of Work
I needed a bathroom ceiling detailed and the bathroom painted.

Great guys. Sweet, prompt, clean and skilled. Loved them and will have them back soon. Highly recommend

We decided to do a substantial renovation to the house this year. Part of that included having the stucco and trim boards replaced and replacing the sliding door with French Doors. We also decided that after the construction was done, we would have the entire house painted, and have a popcorn ceiling removed in the family room and the room repainted. I went to Angie's List and saw Queen City Painting had a lot of really good reviews. So I hired them to do the work. Jeff and his crew did a fantastic job. They painted brick, Hardie Stucco Panels and boards, aluminum siding, and metal doors on the exterior. They also scraped, repaired, and painted the drywall ceiling, painted the textured walls, and stained the interior of the new French doors. All work was top notch at what I feel was a fair price. I will definitely be calling them for all of my future painting needs.

Queen City Painting was a pleasure to deal with! From the quote process, to the actual job - their flexibility and concern made a stressful project very easy. I highly recommend them for any project

Jeff and his crew were amazing! They worked diligently over an eight day period to remove 18 y.o. wallpaper from 6 offices, and a large medical reception area. Much of the wallpaper removal damaged the underlying wall board which required them to repair and seal it with an oil based paint. Once sealed, they skim coated the walls using three applications, sanded, and primed the walls leaving a very smooth, paint-able surface. They finished by painting all surfaces with two coats of our pre-selected colors using my favorite paint from Sherwin-Williams. They were very flexible with their scheduling and fortunately completed the wall paper removal and smelly, oil-based painting while our office was closed over a three day period. They completed the rest of the work starting at 7 AM until noon each day when we were least busy. They cleaned all areas well before departing each day which allowed us to keep dust to a minimum. Most importantly, at no point did they disrupt our business operations. At all times Jeff and his crew were courteous, flexible, considerate, respectful, and quiet with our administrative staff, our counselors, and most importantly with our patients . They were truly kind with a great attitude and great sense of humor. Significantly, the price was very fair and reasonable for the huge amount of work they completed. We have received compliments from almost every patient who sees the changes for the first time since their last visit. I will certainly use them in future projects, and expect that I will have them do some work in my home in the next year or so. Truly outstanding quality and service.

Jeff was responsive to our initial inquiry, in spite of it being a busy time of year. Most painters we tried contacting would not even return our calls. Jeff promptly came to give us an estimate and set a date for the job. Jeff and his crew were respectful, punctual, and professional. He paid attention to details and listened to our concerns. Job was done on time and we are very pleased with the result.

Thank you for your business, we look forward to working with you in the future.
5.0

Very pleased with the whole process. We needed 3 bedrooms painted and as soon as possible. Jeff gave us a very reasonable quote and within a week the job was finished. Their work quality was excellent and left our house very clean. Would highly recommend this company for any painting.

Thank you for your business, we look forward to working with you in the future.
5.0

Description of Work
Almost entire interior of house was repaired and painted!

Jeff and his crew are FANTASTIC, they really helped me out, and they really did a great, great job at a fair price. I feel terrible, because they worked on my home almost a year ago, and they were so great I wanted to give them a great review; but, I suppose late is better than never, and Jeff absolutely deserves a great review! On the recommendation of an acquaintance, I hired the WRONG people to remove wallpaper and popcorn ceilings from my 1,850 sq. ft. ranch in Getzville. They will remain nameless, but they made a huge mess, plus I later found out the walls and ceiling were nowhere near ready for painting… In fact, it was the painting companies who made me aware the first people had not finished their job… In addition to Queen City, two other painting service companies came to give me estimates. All three companies told me and showed me where and how the first people had removed the wallpaper and popcorn ceiling incorrectly and/or poorly. All three came to my house just expecting to give a quote for just a painting job, with walls and ceilings already ready to paint, but that’s not what they found. All three gave me quotes to get the walls and ceilings ready to paint, and then also to do the actual painting. Not only was Jeff’s quote almost the lowest, he also pointed out many other things the other two companies hadn’t—tips, options, advice, etc. He told me a few things I didn’t want to hear but needed to, and he told me many things that were great! Including that he and his team would work extra to get all the finishing work done PLUS the the painting within the same number of days they had initially set aside just for just the painting! And oh man, they did it! They completed the finishing work and then got all my painting done within the promised time! (Including molding, base boards, chair rails, closets, etc., etc., etc.). Jeff was exceedingly professional, helpful, and just plain nice the entire time, and they did really, REALLY great work, cleaning up after themselves every day before coming back the next and staring up again. Jeff and his team really were FANTASTIC in every way. We’re talking about paint here, so they didn’t save my life or anything, but it definitely kinda felt like they saved me! They were great in every way, and if you ever need paint or painting related services, call Queen City Panting and speak with Jeff—you will NOT regret it!!

Thank you very much for the wonderful review. It was a pleasure working with you.
5.0

Great and now they are painting my entire house

They were wonderful, did a great job. There price was very competitive, they were very prompt and even finished earlier than expected. They did a very good job it looks great. I would definitely hire them again

Description of Work
I had 5 rooms and the hallways and stairwell painted.

Jeff and his staff were wonderful. Other contractors never answered the requests. Jeff contacted me immediately, was able to find time to visit within 1 day for an estimate in my parent's large lower apt, walls of which had heavy accumulation from cigar smoke, water leaks , required repair of plaster. Work was started and completed in 3 days, and left me with a great looking house. I recommend Jeff and his staff as highly professional, skilled and courteous. A big thank you!

Couldn't have been better! Polite, clean and professional.

Jeffs workmanship is impeccable!!!! Very pleased with his work performed. Answered all my questions; showed up on time (rarity with some painters you hire) very pleasant and professional during all phases of the job!! I will never get another Painting estimate again!! Queen City -- Jeff is the creme de la creme of painters!!!

Description of Work
Exterior trim on my home.

Jeff and his crew did a great job with our great room. They were timely and professional.

Jeff and his crew were great. All I needed was one ceiling painted and he was able to fit me in before a built-in entertainment center was scheduled to be installed. They spent extra time and made sure it was done correctly. The price was good and am very happy with the results. I highly recommend them, very nice men and very professional.

From the detailed estimate to the completion of the job, this company exceeded my expections. I would definitely recommend them for any painting job.

Description of Work
The top of my pergola needed painting.

Jeff and Frank were a pleasure to work with. They arrived exactly when they said they would and worked hard and fast. They are clearly masters of their trade - the quality of their work is top-notch. They were very professional and communicative throughout the whole process. I am very satisfied and will definitely be using them again in the future.

My husband contacted Jeff and Jeff was prompt in doing an estimate and getting back to us quickly. Jeff was able to fit us in within a short time frame which we greatly appreciated. He kept in full contact with my husband about the time they would arrive, what they were getting done that day and when they were leaving the house. My husband even had a couple of last minute requests which wasn't a problem for Jeff and his crew. We were pleased all around with everything and have recommended Queen City to friends/co-workers. Thank you again guys. - Joe/Angela

Jeff was great! He arrived to give me an estimate when he said he would. While he was just a bit higher than my lowest bid, there was something about him that made me decide to go with him, and am I ever glad I did! He and his helper arrived exactly on time and did an expert job on my two rooms. The rooms badly needed painting from the previous owners (I just bought the house last fall), and they look so new, beautifully done! I would hire Jeff again in a minute!

Description of Work
I had two bedrooms painted.