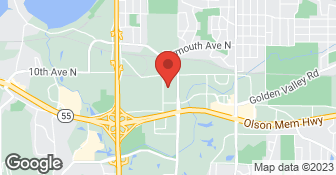 We have been serving residential and commercial clients throughout the Minneapolis/St. Paul metro area since 1992. We are a locally owned business and our goal is to exceed your expectations. That means we arrive on time, provide well trained professionals, do the job well and know it’s not finished until you’re satisfied. No job is too big or small — one call does it all! ...

Scherer Window and Door Consultants is a Marvin Authorized Installing Retailer specializing in the replacement of residential windows throughout the metro area. We are a division of Scherer Bros. Lumber company, a family-owned business since 1930. We focus on the sale and installation of all Marvin product lines: Marvin Ultimate, Integrity and Infinity from Marvin. Infinity from Marvin features low-maintenance fiberglass and is known for it's EverWood interior that reflects the beauty of wood, can be stained to match existing woodwork, yet will not rot or mold like wood can! We also sell and install Hayfield Vinyl Windows for those who prefer a less expensive alternative, and Thermatru fiberglass doors to complement your window projects. We are the leader in promoting best practices in window installation. Our sales consultants are extremely knowledgeable regarding replacement windows and doors, for both insert and full replacement projects. Their focus is on determining priorities and retrofitting windows to blend in with existing architectural details. We also specialize in enlarging openings and creating new openings. Our installation crews are craftsmen, factory-trained by Marvin. Their attention to detail and on-site job cleanliness results in a highly satisfactory project experience. We offer competitive pricing and convenient EnerBank financing. We focus on solutions to fit your priorities and budget and work with all sizes of projects throughout the metro area. Our showroom is located in Hopkins and is open Monday - Saturday. DBA: Scherer Brothers Lumber Co.

The guy was very good. He tried to help us and gave us views on all the things we needed to fix and how to fix it.

DESCRIPTION OF WORK
I used Cady Handyman Services for a marble countertop installation. They also fixed a closet and a patio door.

In August, 2011, I contacted Cady Handyman Services and Tom N came to look and the house and prepare a quote. He indicated they were busy but would be able to complete the job before the weather got too cold.  Although not the lowest bid, I accepted as I was impressed with the assurances that they would do a quality job on the prepping and repairing of wood prior to painting.  The painters came in...

DESCRIPTION OF WORK
I hired Cady Handyman Services two years ago to paint the exterior of my house and deck.  The house is wood siding on three sides (brick in front, but garage doors, front door/entry, and trim in front required painting).   The work was to include all prepping, including repair of damage caused by woodpeckers.  The workers painted the house but neglected to point the front door/entryway.

DESCRIPTION OF WORK
Nothing

Just had a professional contractor over to my home and my deck is fixable and does not need to be rebuilt.  Cady wouldn't give me time of day and definitely acted like they didn't need any more business.

DESCRIPTION OF WORK
They didn't have time to come even look at my deck to give me an estimate. I found the guy I spoke with was sort of rude and abrupt and said wouldn't fix. Would have to build new without even looking at it,

I can honestly say my house was in better shape before Tom Nightingale showed up.  The next day after the services were performed the bathroom fan still sounds like a motor boat and sometimes the heat lamps won't shut off and neither will the fan. The two hand towel holders that were anchored and tightened by Tom were so negligently placed that the two very long screws on each holder , bore into b...

DESCRIPTION OF WORK
I asked Cady Handymen services to fix broken heat lamps in a bathroom fan, do minor touch up painting on trim near the roof of the house and to fix/move a towel holder. I also wanted them to look at two Pella sliding screen doors that will no longer stay open. Tom showed up from Cady about ten minutes early.  He talked for the first hour (off the clock), telling me stories about horrible contractors and shoddy workmanship.  Tom fixed the heat lamps and made it so the fan in the same unit stopped blowing air and started sucking moisture out of the bathroom.  While fixing the fan/motor he made adjustments that made the motor unbearably loud.  He knew that was a problem but said he couldn't make it better. Tom then fixed the two towel holders by using two giant butterfly anchors.  I thought he would have to move the holder to where a stud was but he said the anchors would do it. On to the screen doors - Tom tried to clean the tracks to see if that would make them stay open on their own but no luck.  He then lifted one screen off the track, dropped it and popped out the screen as it landed on top of a kitchen chair.  The next hour was spent running to get a new screen and replacing the popped out one. No charge but time consuming.Lastly, Tom used paint we had to touch up the roof trim.  I needed him to be done as I had to leave.  He gave me the bill.  $48 trip charge and $68.50 an hour.  I knew of these charges before he arrived.  $287.75 total.