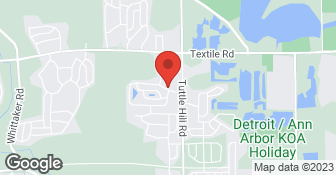 Always Painting Co, LLC is available to transform your house (interior or exterior). Please visit our website for more information on our services. http://www.alwayspaintingcompany.com/...

They did a fantastic job. The quality of their work was very good. They were prompt. They were on time. They did a great job. They made suggestions that I liked. This was my first time using them.

Description of Work
I used Always Painting. They did seven rooms.

I hired these gentleman on behalf of my Mother. They completely repaired walls, trim, and painted a 910 sq foot Condo in one day!!! These guys were great, extremely knowledgeable, and talented in their profession. They are not terribly cheap, but you do get what you pay for. Again, we requested a "rush" job and they were in and out in one day. No regrets. I would highly recommend them to anyone. They even did little extras that were not included in their quote.

They professional, and prompt, I would recommend them to others.

Description of Work
They painted the interior of our home in a couple rooms.

The price for the service was quite steep in comparison to other quotes I had received but since they were referred to me by a mutual friend and I had seen good work posted on their website, I opted to pay a little more thinking I would receive excellent service. I was told the rate given to me was the "family" rate. Later on as my complaint reached their ears, I was told they were in and out in 2 days to comply with my ultimate wish and they expect a hint of gratitude on my part. It was never my ultimate wish to have express service at the expense of quality. I felt that I was being nickel and dimed the whole time. It was $1860 to paint 5 rooms but then they charged another $250 to paint the brick wall over my living room fireplace and they charged an additional $440 for shoe moulding in the rooms painted and $200 to remove the carpeting. They also threw in my request to remove a built in desk located in the master bedroom. I should add that my living room required very little paint because one wall consists of a wood wall and the other consists mostly of a picture window. Their work was sloppy as I came home to a "completed job" only to find piles of carpeting and padding in the backyard, my kitchen looked like a war zone with closet hangers, soda cans, curtain rods and curtains everywhere. Conveniently the hardwood desk removed from my bedroom was carted away as a "courtesy" to me so I wouldn't be inconvenienced taking it to the trash by myself but no one bothered to cart away the carpeting or padding presumably because that held no value to them. Upon my plea, he gave in and decided to come back to my house to collect the padding and old carpeting but not without mentioning that I had 3 brothers and that they could have done that for me. They missed carpet removal in two closets and had to come back to remove them, they failed to put up all of the heat vents, there were paint drippings on my curtains AND when they removed the carpeting, they left thousands of staples in the floor for me to remove when I had already paid them $200 to remove my carpeting. They failed to put shoe moulding at the entrance to the bathroom when I had paid them $440 for shoe moulding. When I brought this up to Leo, he offered to come back and take care of it for a "fair price of $45". My mother who was fed up with my being overcharged bought the shoe moulding herself and took care of the moulding at the bathroom entrance for not even $8. I should also add that their first day of painting resulting in the valve to my hot water tank mysteriously breaking leading to a flood in my basement and of course he offered to repair it for the fair cost of $100 as long as the part was under $50. I believe the fair response from him should have been "I am not sure if one of my guys broke your valve but to be fair, how about we pay for half of the repair costs" that would have held much more weight in my part. Last but not least, whenever I would point out something that wasn't done right or was missing, his response was "that was a minor oversight". Such as in my bathroom, the beauty ring was slipped down for painting and should have been slipped back up and perhaps secured in place with caulking or the like but he said that was a minor oversight.

Gaul Painting LLC is a privately owned, interior/exterior paint contractor specialized in delivering clients of all sizes a superior paint product. Our company philosophy is to make sure things get done right, and we stand by that on every project. Founded in 1986, we have over 30 years of knowledge and expertise on paint and stain products, surface preparation, and applications. We also specialize in wood rot and drywall repair. If a premium paint job that will last for years is what you are looking for, then Gaul Painting LLC is proudly the company for you.  …

Hicks & Sons is a family owned and operated company located in Canton, Mi. If you are looking for professional painters in Wayne County or surrounding areas, Hicks and Sons Painting is your one stop, hassle free solution. We are a full-service painting company that specializes in both interior and exterior painting. We work on both residential and commercial properties, and provide outstanding customer service for each job. Our painters take pride in delivering quick quality services. Best of all, we offer free in-home estimates. We have 9 years of experience and will bring you the highest quality of services!  …

We are a family owned and operated business specalize in general contracting. We offer a wide varitey of services and pride ourselves on superior workmanship and top notch customer service. Please reach out to us directly at 734-660-5159.  …

Insured
All statements concerning insurance, licenses, and bonds are informational only, and are self-reported. Since insurance, licenses and bonds can expire and can be cancelled, homeowners should always check such information for themselves.To find more licensing information for your state, visit our Find Licensing Requirements page.
General Information
Free Estimates
Yes
Eco-Friendly Accreditations
Yes
Payment Options
Check
Warranties
Ask for details

How is Always Painting overall rated?

Always Painting is currently rated 4 overall out of 5.

What days are Always Painting open?

Are warranties offered by Always Painting?

No, Always Painting does not offer warranties.

What services does Always Painting offer?