The Drain and Sewer Co 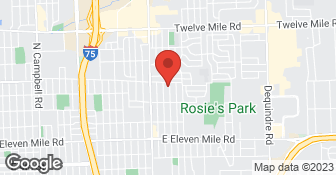 We paid Mr. Kenneth Cadorette $1100, which was half of the estimated job on 8/28/14. Mr. Cadorette was going to put a back flow device in our front yard to help us ensure that water would not back up into our basement. Due to severe rain storms on 8/11/14, we lost our entire finished basement, causing over $25,000 in damage. This device was not covered by our insurance. We wanted to take preventative steps to ensure that we would never have to deal with a disaster like this again. Mr. Cadorette pushed back the work several times, telling us that he was waiting on permits from our city to be approved. He finally set a date and had not cancelled, so we scheduled our new carpet to be brought in the next day. I should also add at this point that I was less than 14 days away from my anticipated due date with our first child. Needless to say, it had been a very stressful month and I was so looking forward to have our house put back together before the arrival of our baby girl. So on 9/23/14, Mr. Cadorette came to our home with two workers and dug a 12X10 ft hole in our front yard. He then informed me, after the hole was dug, that the permits would not be approved unless a sump pump was also installed in our basement. He blamed the inspector, said that we did not need this device, but could not move forward without it. Oh, but Mr. Cadorette was going to give us a "deal". He was only going to charge us $1500 for the pump, but was going to have tear up the cement in our basement to install the pump and make an 18 inch raised box in the location of where our furniture would be placed. To be honest, at this point, and this is what I told him, it was not about the money, it was about the timing. We had the carpet coming the next day and new furniture that weekend, and the baby any day. We told him that we were going to hold off. Mr. Cadorette and his workers filled in the hole. Mr. Cadorette then left and said he would come back later to discuss details of payment with my husband. He never returned. My husband contacted him the next day and he again said he would stop by to discuss the payment and my husband had even offered to pay him for the work he did do (digging and filling in a hole, about 2 hours that his workers completed). He again did not show up. On the third day, my husband told him that we just wanted our money back and to be done with the situation. My husband offered to go to the location where Mr. Cadorette was working to get our deposit back. Mr. Cadorette declined and said he would bring the money to our home that evening. He again did not show up and has not answered his phone since. I contacted the city inspector who told me that Mr. Cadorette did not apply for the work permits until the 23rd, the day he started work. He also told us that he had never approved a back flow device in our city with a sump pump included in the work. He said that he told Mr. Cadorette this and Mr. Cadorette was concerned because he was now going to have to tell us. The inspector told me that he said that was his own fault for starting the work without the permit or researching what needed to be done. My husband and I have now left several messages for Kenneth Cadorette asking him to do the right thing and return our money to us. I asked him what type of person could do this to a family expecting a new child after everything that we have already dealt with. We have gotten no response, We have now hired an attorney to contact Mr. Cadorette and we plan to follow through with getting our money back. It is no longer about the money. It is about hopefully stopping this person from hurting another person or family again. It is about getting back our hard earned money and putting it towards making our home better for our child. Honestly, from the other review he has on here, and how he has treated us, I wonder if we paid him to install the pump, if he would have even returned to do that. Mr. Cadorette told me that he has young children. I really hope that they do not grow up treating others the way their father treats people.

Description of Work
Mr. Kenneth Cadorette was hired to install a back flow device in our front yard in order to prevent further flooding in our basement from heavy rain and sewage backup.

by tearadallaT24" From June 8, 2011 to August 31, 2011 Drain & Sewer Co. collected money ($1600 total) which was 1/2 for plumbing job which they never finished. They had even left sewer line open in ceiling of foyer & I climbed on ladder and stuffed a towel in pipe. Finally, in September 2011, I paid another plumbing company to replumb shower drain trap and connect open sewer line. In November,2011I was able to hire a licensed plumber and tile company to finish job - costing $3200.00 - tearing out more tile in shower stall to replace damaged tile from Drain and Sewer, put in the new plumbing in wall for shower (which Drain & Sewer had said they would do) , tile floor of shower, plaster damaged walls on other side of shower stall, fix ceiling in foyer & rehang shower door.

Description of Work
Kenneth Cadorette(Drain and Sewer Co.) is not licensed for regular plumbing jobs like mine. For a leak in upstairs shower, Kenneth came on 6-08-11 and asked for half of estimated price, which I paid. He started by cutting out big hole (approx. 24"x18") in foyer ceiling which was under upstairs shower and right inside front door. On June 9th Kenneth and Shawn came with a hammer and removed many rows of tile in shower stall - and also on floor of tile to start getting to plumbing. After many phone calls and trips (many without calling first) plumbing was disconnected & was all exposed in ceiling in foyer and he left SEWER LINE ENTIRELY OPEN & EXPOSED IN FOYER CEILING. In July, tile man came to put drain fixture & tile mud on stall floor but nothing was ever connected or old plumbing replaced as agreed upon. Drain & Sewer Co. never came back to install & connect plumbing,install tile,patch hole in foyer ceiling but did call & collect $250.00 more money for materials. JOB WAS LEFT TOTALLY UNFINISHED and Kenneth Cadorette,owner of Drain & Sewer Co,did not respond to my phone calls anymore.

Over 41 years of operation in Outstanding Landscape design, Paver's, Hardscaping, Retaining walls and Drainage Systems, installations. All Type Landscape was founded in 1979, 41 years ago with one goal in mind - to provide full range superior landscaping services, including landscaping, hardscaping and drainage solutions, all at affordable rates. Our company has grown over the years from a few person operation into a full staff of professionals able to meet your every landscaping needs. We are dedicated to building long term relationships with our clients by providing the highest standard of quality on each and every project we do. Our reputation for customer satisfaction in the S/E Michigan area is what has made All Type Landscape an award winning customer service company.  …

A clogged-up drain is every homeowner’s nightmare. The thought of a sink overflowing or sewage backing out of a toilet can give anyone shivers. Who can you call when you need help with a problematic drain or sewer line – and fast? Zoom Drain of Metro Detroit, of course! We are the trusted team of drain and sewer service experts in Rochester, Oakland County and the surrounding areas for residential, commercial and industrial properties. Our highly trained team is equipped with top-grade tools of the trade and leading industry knowledge so we can tackle anything that slows down your drainage system. Whether you live in a multi-story townhouse or an expansive ranch home, Zoom Drain of Metro Detroit can handle all your sewer and drain needs.  …

Frequently Asked Questions & Answers about The Drain and Sewer Co

How is The Drain and Sewer Co overall rated?

The Drain and Sewer Co is currently rated 1 overall out of 5.

What days are The Drain and Sewer Co open?

The Drain and Sewer Co is open:

What payment options does The Drain and Sewer Co provide

Does The Drain and Sewer Co offer free estimates?

Does The Drain and Sewer Co offer eco-friendly accreditations?

No, The Drain and Sewer Co does not offer eco-friendly accreditations.

Does The Drain and Sewer Co offer a senior discount?

No, The Drain and Sewer Co does not offer a senior discount.

Does The Drain and Sewer Co offer emergency services?

Are warranties offered by The Drain and Sewer Co?

No, The Drain and Sewer Co does not offer warranties.

What services does The Drain and Sewer Co offer?