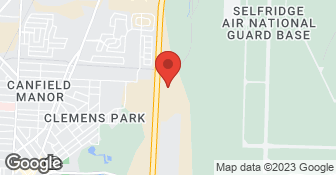 Preferred Moving & Storage has been proudly serving the residents and businesses of southeastern Michigan since 1983. We are proud agents for Wheaton World Wide Moving and have the capability to handle any size move to just about anywhere in the world. We understand that moving is about much more than an address change – it’s a life change. Preferred Moving & Storage offers you and your family the peace-of-mind that you deserve. We provide a variety of services, including free estimates, storage, packing, loading, unloading and hauling in order to meet your individual moving needs. Our menu of programs allows you to pick and choose what fits your needs and your budget to offer you the most choice, flexibility and control of your move...

Definitely would recommend. They were prompt, polite and professional. Took great care with the furniture.

Description of Work
Moving from Detroit to Colorado

Thank you very much for such a great review! At Preferred Moving & Storage, our entire team works hard to provide each and every one of our customers with the best relocation services possible. We are truly grateful that you took the time to share your positive experience with us. We look forward to assisting you with any future moves for yourself, family and/or friends. We wish you the very best in your new home!
5.0

We used Preferred Moving & Storage when we moved our office a few weeks ago and it was great. The move could not have gone smoother. The men that they sent out were very pleasant to be around and very nice. They were also patient when we asked them to keep moving furniture around so we could figure out how we wanted it. Will definitely be using them again if we ever have to move our home or office. Thank you!

We appreciate you taking the time to review our company and the services we provided. You and your team were a pleasure to work with. We wish you much happiness in your new office space!
4.0

We received outstanding service from the office staff here, particularly Henry and Cheryl Cadle. We needed a mover in a hurry after a previous company waited ten days to tell us they couldn't meet our requested dates. By that time we had made work and travel plans around the anticipated dates, and it would have been very difficult for us to delay our move. Henry came out the next day to estimate and see what he could do to accommodate us. He did a thorough estimate and explained the services to our satisfaction. The estimate was in between two other major carriers who had also estimated the job, so we considered it reasonable. He was able to work in our dates by using a little creativity, and we went with his proposal. The move itself did not go that well. We had to continue to point out items that the packers were not packing, to make sure everything possible was included. There were a number of items that Henry had told us would be packed, that were not -- mostly harmless cleaning supplies in non-aerosol containers. The packers did not want to take their extra packing paper with them, or their trash -- we had to request that of the driver, who took care of these items. The packers left one filing cabinet full and it broke in transit. They pulled the front panel off of another under-desk filing cabinet, stripping the screw holes. Two plastic pleated lampshades were crushed, and another two glass lamp shades were lost in the move. A good pocketknife from our nightstand disappeared; we found all the other items that had been in the nightstand. Since the move, the office staff was very good about following up with us; checking up on how things went and tracking down what may have happened to cause the damage/lost items. They were very apologetic about the fact that the move did not go completely smoothly, and contacted us numerous times to make sure things were resolved to our satisfaction. The insurance we purchased was for full replacement value, so we entered a claim with Wheaton Van Lines. Despite the fact that the office staff at Preferred Moving had personally spoken with the driver and the packers involved with our move, Wheaton wanted to do their own investigation. A couple of weeks after I submitted the claim, I asked the representative from the main office when we might expect to hear about our settlement. I did not receive a response from her, so I asked Cheryl to intervene. She obviously did so, and I received an email back from the main office explaining that they would not be done with their trace for another month, and a determination on our claim would be made at that time. We were not happy about this delay; it was disturbing enough to have our items damaged and lost by Wheaton employees. Having to wait a month or so longer for the results of a trace that had already been done by Preferred Moving, was not an acceptable situation. I relayed my dissatisfaction to Cheryl and she once again intervened. I received an email the following day from the main office offering to settle our claim at an amount that was fair, given the damages incurred. We have not moved many times, so we can't say if this treatment (both the damages and the reluctance to reimburse) is common from moving companies. It has not been a pleasant experience, but Preferred Moving employees did as much as they could to make it easier for us. Based solely on their willingness to go above and beyond for their customers, we rate this company a 'B'.

Description of Work
Packed and moved our belongings from Michigan to South Carolina.

Thank you for taking the time to share your comments and concerns about your recent relocation from Michigan to South Carolina. We appreciate your feedback and do take all customers' comments very seriously. We are very sorry for the problems and inconvenience you encountered. We will be sharing your observations with all crew members involved and will be addressing all of your concerns with them. We were happy to intervene on your behalf with the claims process and are pleased that Wheaton was able to quickly settle your claim to your satisfaction.
5.0

Description of Work
Could not have asked for a better moving company or experience.

[Member name removed], Thank you very much for taking the time to write a review on our company and the services that we provided. It was a privilege to have you as a customer. We wish you and your wife much happiness in your new home!!
5.0

Move went beautifully. I had warned Mr. Cadle that the move included 3 King bedroom suites, including a massive Henredon armoire. Because the move was relatively local, I had moved many boxes of kitchen supplies and linens on interim trips, leaving only the largest items. On moving day, 2 movers, Ben and Frank, arrived, 10 minutes early. They hustled through out the move and had everything on the truck within a hour or so. At our destination they hustled again. When it came to move the armoire and matching dresser up the stairs, they were restricted by ceiling height and the massive weight. They maintained their humor throughout and their performance was a sight to behold. I am duly impressed and thankful!

[member name removed], Thank you very much for taking the time to write a review on our company and the services that we provided. We certainly appreciate your repeat business and wish you and your family much happiness and many memories in your new 'beach house'!

We are a family owned and operated company specializing in residential and commercial moving. We provide packing services and supplies, (boxes, paper, tape ect.). We also provide floor protection and padding of all furniture. We also disassemble and reassemble furniture, (beds, mirrors, fitness equipment ect.). We move pianos and gun safe's (up to 600 lbs). We do in-house moving as well. Big or small we move it all. We provide professional moving services at a great price with a smile.  …

Rest assured that your possessions are in capable hands when you select Kingsley Moving Systems. LLC of Lansing, MI for your moving needs. With our help, you’ll soon enjoy the comforts of your new home or business location without having to lift a single box. Kingsley Moving Systems. LLC has a reputation as a full-service company that combines quality performance with affordable rates to meet your moving needs. Commercial or residential, we provide personal and dependable services. Give us a call today for a free estimate and consultation on your next move  …

Preferred Moving & Storage Inc is currently rated 4.8 overall out of 5.

No, Preferred Moving & Storage Inc does not offer a senior discount.

No, Preferred Moving & Storage Inc does not offer warranties.