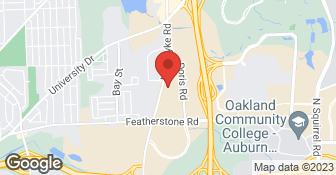 Our staff is highly trained in property damage restoration. From initial and ongoing training at SERVPRO’s corporate training facility to regular IICRC-industry certification, rest assured our staff is equipped with the knowledge to restore your property. No damage is too large or too small for SERVPRO® of Greater Pontiac....

In the unfortunate event that you've been affected by wind, water, or fire damage; please contact Apex Restoration & Mitigation Inc to help get your residential or commercial property back as good as new! We guarantee your satisfaction, and we won't leave until the job is done right. We pride ourselves on the quality work we provide, while delivering great customer service! Call or click for your FREE estimate today!  …

At Icon Restoration & Construction we understand the emotional trauma and financial burden you experience at the onset of your personal or business property disaster. We are committed to providing you with the quickest response time. Our team of construction experts are dedicated to completing your project, large or small, with quality results, on time. Fast service is paramount in every phase of the restoration process, from roof covering to board-ups, water extraction to cleaning and deodorization. We are a full service reconstruction company dedicated to providing unmatched performance and quality. We implement the industry's most sophisticated estimating software, inspection instruments and construction equipment available. We provide you with a 5 Year transferable guarantee on all materials and workmanship we provide. We will work diligently with you and your insurance provider to get you back in your home as swiftly and seamlessly as possible.  …

Our Insurance company hired Servpro Pontiac on our behalf. Received call at 10:00 a.m. they did not show until almost 9:00 p.m. We were told we had to paid 1/2 the bill upfront because they could verify we had insurance despite our insurance company calling them. The estimate they gave ended up being $3000 more than the original amount. Items that were taken into the garage for them to clean and disinfectant were thrown away with no attempt to clean or prior warning. They even stated that we told them to throw our stuff away because my daughter was a cancer survivor -she is but we never said that! Other items that were not damaged by the flooding were damaged by a spray Servpro used. We spent over 3 almost 4 months talking with corporate office for some type of resolution and none was given. We were billed for personal protective equipment that was not worn by the technicians (they had an employee lie on a conference call). We received no reimbursement, no apology, just an offer to pay for a $30.00 frame that one of their employees broke. They gave us the impression that they did not believe one of their workers broke the frame but "they would pay for it anyway". I was so disgusted with this experience. I would never use or recommend the Pontiac location to anyone.