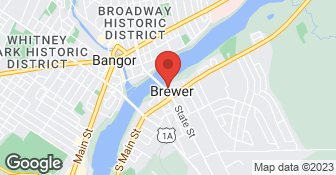 Description of Work
Moving out of state

Description of Work
Driver from Bailey loaded our household contents in Virginia, delivered the contents to Maine, and unloaded with their local crew. | |All were courteous, professional and pleasant to deal with. No damage to anything, and all were very helpful in sorting and correctly placing our furnishings and belongings.

Very professional and responded quickly to our request to arrange moving. They took furniture (bed, dresser mirror, large entertainment center) apart for us. They two gentleman that did the move were exceptional. Due to down sizing we weren't sure exact location of furniture. They had to move a couple of things into different areas. Very accommodating when I asked if they could bring in bottom piece of entertainment center so I could hook up all the electronics that needed to be fed through the the hole before it was moved back into place. Very polite. Would definitely use them again.

Description of Work
I was moving from Maine to two homes, one in Hawaii and one in Oregon. Only a coffee table and a lamp, both of which had been upstairs in my Maine house made it to Oregon. All of the furniture in the basement (dining room table, kitchen table, chairs, counter-high work table, Ott light among other items) was incorrectly sent to Hawaii even though I went through the house with a very experienced estimator pointing out all the furniture to go to Oregon, and on the day it was picked up, tagged all the Oregon furniture with large hot pink pieces of paper to identify it for the crew and told the crew members what the pink tags represented. I believe I was quite clear on both occasions. Unfortunately, no one was listening. |Yes, ultimately it was my responsibility; the estimator (Jon DuPlesse) didn't get the furniture on the Oregon estimate and I didn't notice until it was too late. The crew apparently didn't look at the pink pieces of paper or listen to my verbal instructions ; if they had, the problem could have been corrected right then, so a double mistake. To restate: no one paid any attention to me. |Secondly, the boxes that went to Oregon were just dumped at my home by the long haul driver. We live in a very remote area and United Van Lines obviously didn't want to spend the money to off-load such a small load (since there was no furniture)to a secondary company for local delivery. Nothing was unwrapped, packing was not removed (as was said would be done) the piece of furniture that was there was not put back together. My only communication on the delivery end was one phone call from a long haul driver who was p***** off because he couldn't find my home. He had my number and I told him I was available for questions, but he never called me back. Having moved multiple times in the past, it did not occur to me I would need to tell the delivery folks that the furniture needed to be unpacked and put back together, but I was told by Parker this was my fault, too, because I was unable to be there at the time of delivery. Since it was just dropped off by the long-haul van, I couldn't ask to have it stored briefly so I could be home and the long haul driver wasn't interested in doing anything but drive. Understandable since that's his job. |When I called Parker to explain the problem, they took absolutely no responsibility. They said I should have read the fine print-and yes, it was fine print. As I recall, the furniture in question was listed on page 4 of a very poor carbon copy of what had been picked up at my house and crated to go to Hawaii. With very close scrutiny I was able to find it after the extent of the problem was revealed. Yes, I should have looked at it closely at the time of pickup, but I was still packing, and, unfortunately, working with an experienced estimator and an experienced crew, one would think they could be trusted. One might also think there could be some acceptance of moral responsibility if not financial. None on either front. |I am extremely disappointed in this company with an excellent local reputation. |I do not yet have my Hawaii shipment. It was turned over from the shipper to a local company and is in storage in Hawaii until I can get there to retrieve it, what should have happened in Oregon. I was never offered that option. |Terrible experience and I cannot in any fashion recommend this company. |I am available for further questions if desired.

They were very responsible and prompt. They did a good job on the move on both sides, the packing at the Maine side and delivery at the Massachusetts side. I would use them again.

Description of Work
Parker K. Bailey & Sons moved me from Maine to Massachusetts.

They movers were very nice and did a very good job moving. They were efficient.

Description of Work
They moved furniture from a 3rd floor apartment into a house.

There were 2 young men and a 14 ft. box truck that represented the company. The employees were pleasant, worked hard and were protective of our property. The truck was clean and professional. I assisted the employees moving the contents both load and unload. We worked well together and when I messed up their packing pattern they just said no problem and accepted my additional piece of furniture. The negative side of this project was at the time of payment. I was aware of a cost of $123/HR rate for the employees and truck. However, I was not aware of a mandatory $65 insurance fee or the fact I would start paying the company when they left their office enroute to my location. So, the final bill was an additional $120 that I did not expect. I spoke with the company office three times on the phone and specifically asked about minimal time charged, but no one mentioned the insurance charge or the start time of the service.

Description of Work
Moved 2 bedroom home from Holden to Bangor. Reduced moving by taking most furniture myself previous to their arrival.

They are real professional and I didn’t have anything damaged, which was the best thing. I will use them again in the future.

Description of Work
I used the services of Parker K Bailey & Sons Inc. for moving.

Family owned and operated for four generations, Arthur Perez Moving Professionals is the New Orleans moving company you can trust. Residents and businesses throughout Orleans Parish and the surrounding parishes know that when it comes to a timely and caring mover for your most important goods, no other moving companies can match the service and dedication provided by Arthur Perez Moving Professionals. Our experienced movers are ready to help you move hassle-free with: Four generations of experience Packing services On-time, uniformed crew members Residential and commercial services Call us for a free, no obligation estimate. Our name says it all! We look forward to being of service.  …

Insured
All statements concerning insurance, licenses, and bonds are informational only, and are self-reported. Since insurance, licenses and bonds can expire and can be cancelled, homeowners should always check such information for themselves.To find more licensing information for your state, visit our Find Licensing Requirements page.
General Information
Free Estimates
Yes
Eco-Friendly Accreditations
No
Payment Options
American Express, Check, Discover, MasterCard, Visa, PayPal
Senior Discount
No
Warranties
No

No, Parker K Bailey & Sons Inc does not offer a senior discount.

No, Parker K Bailey & Sons Inc does not offer warranties.