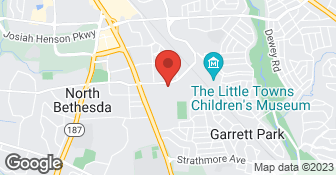 2018 Super Service Award! Previous Winner 2017, 2016, 2015, 2014, 2013, and 2012. Bargain Movers is one of the trusted local companies helping relocate families throughout the Maryland, Virginia and Washington DC area. We have provided high quality service to our clients for over 3 decades. Our goal is simple; assist our customers in creating a stress free local or long distance move customized to fit both their needs & budgetary requirements. We recognize that job of relocating families and companies involves much more than just moving furniture. It’s understanding that an individual's possessions represent some of their most valued assets. Therefore our employees are extremely careful, respectful and understanding of our client's needs. As we pride ourselves on up-holding these values, we have built a strong and loyal client base for over 30 years. We look forward to moving you!  …

Enjoy A Relaxing & Seamless Move, Without All The Headaches and Anxiety Associated With Relocating! Artisan Movers offers you a reliable relocation experience through constant communication. Ensuring you a seamless and relaxing transition into your new home. We are your source for Full Service, Stress-Free Moving with same-day service and competitive pricing on your next local or long distance move. We strive to bring a VIP moving experience to everyone in the DC Metro area, and beyond.  …

That experience was horrible. They underestimated. They over charged. They were terribly unprofessional. They damaged items too. They had a budget rental truck that was not big enough, so they brought another truck. They also misrepresent how we could pay for the service of the final payment. They told me they could not take a credit card without charging a percent more.

Description of Work
They moved us from Washington to New Jersey.

Moving went smoothly and on time!! They delivered things to multiple locations and got everything right!! I have recommended 48 States many times and everyone tells me great things!! I will definitely be calling them again for my next move!!

Description of Work
Moving and Storage

Both of the moves were a little out of the ordinary because the shipments were going to multiple locations. In the first move we were dealing with possessions that not only had emotional value but that were quite valuable, such as artwork and antiques. Every piece was handled with care, delivered on time and in perfect condition. The second move was from Annapolis Maryland to Charlotte and Atlanta. Again, both shipments were delivered on time and in perfect condition. I have recommended 48 States to my clients as well as my friends and would not hesitate to use them again. They were personable, accommodating and careful.

Description of Work
I used this provider twice. Once when we had to dismantle a family home. Valued possessions were sent from Florida to Atlanta and New York. The second move was dismantling a corporate apartment in Washington D.C. and moving the furniture to Charlotte and Atlanta. In both instances the deliveries were done on time with no damage.

Description of Work
My husbands mother passed away. She had collected many precious and valuable pieces on her many travels. David wrapped everything with care. Included were pieces of lalique, baccarat, priceless art works and heavy bronzes. Everything arrived in perfect condition.

Came fast. Wrapped everything up. Moved it to storage until a big truck could get it. Transferred from storage to truck. Arrived in Miami in perfect condition.

Description of Work
My son became seriously ill while working in Las Vegas. 48 States came and moved all his belongings back to Miami. The move included temporarily storing everything. All went smoothly and we had our son home in three days. Mr. Peretz also found a company to move my sons car from Las Vegas to Miami. I would highly recommend 48 states. They did whatever I needed and did it well. Elizabeth and Daniel Weingrad

The move went very smoothly - they came around 8 in the morning and wrapped all of the wood furniture with blankets and plastic wrap. Then they loaded up the truck around noon. At our house, the unloaded, unwrapped everything and put it where I asked. I think we were completely moved in by the late afternoon. The cost was in line with our estimate. The guys were nice and polite and very efficient.

Description of Work
I hired 48 States to move us from a one-bedroom (with additional items in a large storage unit) to a three bedroom house. David and his team packed up most of the larger items and moved them from Rockville to Silver Spring.

48 States Movers came to my apartment an hour late, two out of three of the movers spoke so little English that we couldn't even communicate with one another, then they hastily "wrapped" only half my wood furniture in furniture pads, after telling me they would be covering all of it in said material. They then moved my things out to their truck, after which I was asked to sign off on the charges and the quality of the service. I was obviously not going to tell them I wouldn't sign the sheet, because they had a truck full of my things and I needed them to bring those to my new place. But being presented the paperwork before the move was over was unprofessional. I signed it because I thought I had to in order to complete the move. After moving my things to the new condominium, which they did with much grumbling (though they already knew it was a third-floor unit), they dragged heavy furniture over my brand new hardwood floors without any protection, the damage being permanent to the new condo. Also, after the sun came up the next day and I was able to review the state of my things, every piece of wood furniture I owned had scratch, gouge, and finish damage. I estimated the damage at nearly 600 dollars. When I contacted 48 States Movers about it, they claimed that I would be sent a 50 dollar insurance check and that more compensation wasn't required because I "signed off on the sheet after a walk-through of my items." I was never offered a walk-through, nor could I have seen the damage until the next morning, when there was enough light to inspect it. I contacted the Better Business Bureau, and in response to my complaint, 48 States lied and said that I had approved with my signature the good quality of the move. They then NEVER sent me even the 50 dollars that they told me and the BBB they owed me. I suggest no one hire these people for you move, they will ruin your things and will not compensate you for the terrible service.

Description of Work
Moved my household furniture and items from an apartment to my new condominium 2 miles away.

It got us from point A to point B. They grossly underestimate the size of the load. They had to get two trucks. They gave us an estimate for 4000 but it came out to be 6000. We have a lot of antiques, and they wrapped them. They took our 150 year old chinney cabinet and threw it in the back, but fortunately everything came back good. They were ok. They don't have their own trucks, they used budget rental trucks. I would not use them again.