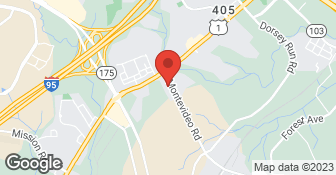 First Impression Hardscapes is the premier hardscape artisan in the D.C. metro area, serving Maryland and Washington D.C. We take a custom approach to designing your driveway, walkway, patio, or pool deck in elegant flagstone or stunning, durable pavers. First Impression’s will turn your hardscape fantasies into a First Impression reality! - OUR MISSION: To provide lifestyle changing hardscapes that are aesthetically pleasing, durable, and have eternal value. - OUR VISION: To be the leading hardscape installer in Maryland and Washington D.C. by becoming home and property owners’ first choice for all of their hardscape needs. - OUR HISTORY: First Impression Hardscapes has over 20 years combined experience in serving the D.C. metro area. Our quality of construction is second to none, and we also pride ourselves in having superior customer relations. All of our crews are completely “in house”; we do not use sub-contractors. We are licensed and insured for all of your hardscape needs. No matter how large or small, we are pleased to transform your hardscape fantasies into a First Impression reality! -- Additional email: info@firsthardscapes.com....

Digger's Paving is a reliable asphalt paving contractor serving Pasadena & Severna Park, MD. You can trust us to handle all your paving needs. Whether you need repair, resurfacing or a total replacement, we can help. We can also sealcoat your driveway or parking lot. Call 410-320-5152 now to get an estimate from a local asphalt paving service.  …

IN BUSINESS SINCE 1979. 15 EMPLOYEES. All WORK IN HOUSE EXCEPT FOR FENCING. ALL EMPLOYEES DRUG TESTED AND BACKGROUND CHECKED. COST DETERMINED BY THE JOB. LICENSE #42490. INSURANCE #Q89-0102236-M. ADDITIONAL EMAIL: mark@eclandscapedesign.com.  …

They were professional and responsive with the estimate.

This was one of the best experiences we have ever had with a contractor. They were on site the date promised, and worked diligently every day until the job was complete. John Morgado - Director of Ops was on site every day and was very attentive to the changes we made along the way. We couldn't be more happy with the final product. Thanks to all of the people that were involved at FIH to make this happen...

The company was very professional and did a FANTASTIC job. They had to start completely over which meant a demo of the previous job. One day, they started later than expected and stayed WELL past 5 to finish the job...even when it started to RAIN for several minutes. I will definitely hire this company for any future projects!

Description of Work
The company needed to complete an unfinished project.

First Impression Hardscapes would like to *Thank You* for your wonderful review on Angie's List. It was a pleasure working with you and we look forward to working with you again in the future! Enjoy the new addition to your home!
2.0

Description of Work
Repair to culvert

It didn’t happen because apparently the job was too small

They came and promised an estimate in 2 days, but no estimate 10 days later.

Description of Work
masonry repairs to walkway and patio

Hello Ms. [Member Name Removed], First I would like to apologize for the experience you had. I would like to please ask you to give us the chance to speak with you to clarify what had happened and if possible provide you with the estimate expected. I usually have all the costumer information of all of our appointments but I can not find yours which makes me wonder if it was one of our representatives you met before. Please feel free to contact us at your convenience at our office # 410.799.0299. Thank you and I look forward to speaking with you soon. Manuela or Karen
5.0

The work quality was first rate. Would have appreciated them being more responsive to my emails and calls.

Looks great and job finished ahead of schedule.

On my shared driveway I noticed the concrete culvert was beginning to erode and shift. The crew came when scheduled to repair the culvert. The drainage area needed to be reshaped and have stone added to help with erosion issues. A cement footing was created to help hold up the concrete tubes and than concrete was packed in around the tubes help hold them in place. The job took several days to complete. I am very satisfied with the overall work. There was a lot of work put in to make the finished job look good and it does look good. I am giving a B for quality because the trucks they parked on my yard left large ruts in my yard. I watched the workers kick leaves over the ruts to hide them. When I complained they sent some one back to fix the ruts. That some one came back and with his foot kicked the top of ruts off, jumped back in the truck and left. I still have ruts that I will fix with my shovel and rake in spring. Such a shame. I will defiantly use them again in the future.

Exceeded our expectations - they were meticulous! They did a beautiful job and without hesitation highly recommend this company.

Description of Work
Installed pavers along walkways and driveway from my house..

Thank you so much for your nice review and for taking the time to share your experience with us. All First Impression Hardscapes staff are very happy to be a part of the improving of your home. Hopefully we will have the chance to provide you with our services again in the future!