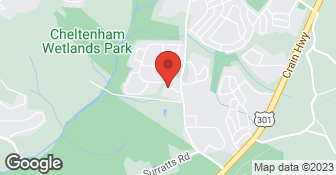 All n 1 Stop was incredibly friendly, helpful, and efficient from my initial call to moving day. Shamel, Carlos, Lawrence, and Antoino finished the job ahead of time and with no damage to houses or things. I couldn't be happier.

Description of Work
Performed an in-town move of my household to a new residence.

I might use this service for a different type of move. This task was a little difficult for inexperienced movers, which caused some damage. The owner was very professional and responsive, which is why I would try the company again.

Description of Work
I needed a stainless steel refrigerator moved.

The managment responded to my my inquiry promptly and direct with all charges they will impose. Movers arrive on time, packed and moved nicely and they are very polite. There were no hidden charges. Both my boyfriend and I used their service twice already in the last 6 month.

They called me back and said they could not do the job. I appreciated the honest, prompt response.

Full Service Moving. We guarantee your satisfaction and we won’t leave until the job is done right. We pride ourselves on the quality work we provide, while delivering great customer service! Check out our services offered and call or click to schedule a free estimate today.  …

How is All n 1 Stop LLC overall rated?

What days are All n 1 Stop LLC open?

What payment options does All n 1 Stop LLC provide

No, All n 1 Stop LLC does not offer eco-friendly accreditations.

Does All n 1 Stop LLC offer a senior discount?

No, All n 1 Stop LLC does not offer a senior discount.

Are warranties offered by All n 1 Stop LLC?

What services does All n 1 Stop LLC offer?