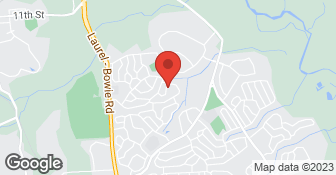 Cost is determined by the job. Additional email - info@masterspelletstoves.com. ...

I called mark and spoke with about water coming in the flue pipe during heavy windy rain. He listened to me and gave me suggestions to try and fix and monitor the problem. I would use this company in the future if needed.

I cannot say enough good things about the folks at Masters Chimney. Mark and Jeff were terrific to work with and worked with us to get our fireplace inspections and repairs done in a timely fashion to accommodate the sale of our house. Their team was hard-working and efficient and made sure the repairs went smoothly. I highly recommend the folks at Masters Chimney - they are great!

Description of Work
Fixed the gas fireplace and cleaned it.

[Member Name Removed], thank you for having us over to repair and service your gas fireplace. Our lead gas tech, Guy M., was grateful for the review. Mark M
5.0

Mr. [Member Name Removed], thank you for having us over and the kind words. Mark
5.0

Install and expirience was great! They walked you through all aspects including clean energy rebate.

Description of Work
Sale and install of pellet stove

[Member Name Removed], thank you for the review and it was our pleasure.
5.0

We love our stove and the service and responsiveness from Master's has always been exceptional and absolutely professional. We will continue to work with this company. Highly recommended.

Description of Work
Master's installed a used pellet stove insert for us in the summer of 2014. In summer of 2015 they cleaned our stove. Most recently, we were having some technical difficulties in January 2016 that necessitated some phone consultation with the owner, Mark (which he did graciously for free during a blizzard).

[Member Name Removed], Thanks for the review!
5.0

It when well, the techs were knowledgeable and professional and advised me about issues not explained to me by previous service provider and except for ash stains left on my light colored carpet. unfortunately due to their removal of protective covering before completing work on the pellet stove (had to have the area scrubbed), otherwise I am very satisfied with this company and will use them in the future.

Description of Work
clean and service my pellet stove

We had a new pellet stove installed. I was super impressed with everything from the consultation to the finished product. Let me just say that I researched getting a pellet stove off and on for over 2 years. I got ranges in price between $1900.00 and $5500.00. Finally, I went to Angie's list for reviews. They did not steer me wrong. I met with the owner Matt for a consultation. He knew his stuff and was very pleasant to work with. 90 days same as cash and my pellet stove was installed. I love it. It is beautiful. I had just painted my brick hearth white and they didn't even make any marks during installation. I highly recommend this company.

Description of Work
Installation of a new pellet stove

Tightened a loose piece and provided an accurate assessement of the operating issue with our Quadrafire Pellet Stove. Very knowledge on Pellet Stoves and were willing to commute to Montgomery County from Anne Arundel. Mark was very helpful and professional over the phone. Overall I was very pleased and will use Master Pellet for all my maintenance and repair needs in the future

Great service with a fantastic price. We are so happy to have found this company!

Description of Work
Cleaned and serviced my pellet stove.

Description of Work
We used Masters Pellet Stoves. They did cleaning for me.

Excellent!!!! Workers were professional and respectful. Performed work and completed job. Went over and beyond by carrying pellets into house and made sure stove was operating as it should. They were GREAT!!!

Description of Work
Replaced Outside pipe for pellet stove that connects to inside.

First class frictionless project. Arrived on time. Introduced themselves. Confirmed the scope of the project. Put down mats to protect my floor. Cleaned the stove. Cleaned the ash trap for my flue (bonus points for that). Tested internal components to isolate the problem. Kept me informed during the work. Fixed the augur gear. Lit the stove to test it. Packed out neatly. Reminded me to use a surge protector. Got it all done within the estimated time with no additional charges. Personable staff who represented the firm well. It's SO RARE that any project goes this smoothly!

I had used Bay Stove in Edgewater last Spring to repair the exhaust fan to my pellet stove. When the exhaust fan stopped working in November I called Bay Stove again. They came out in December, but had to order parts and couldn't get back to us until after Christmas. I was extremely disappointed with their unprofessional attitude. It seemed as though we were having Bay Stove over to repair the same thing over and over, so I called Masters Pellet Stoves. They came out within a week and repaired our pellet stove the same day. We were impressed with their prompt response, their professional staff and the ability to come out once to repair the stove.

I had done some initial internet investigations and decided to go with Masters. They installed my stove within a week. There was some problems with the unit upon installation and they fixed it right away

Description of Work
Came out and gave an estimate & then installed my pellet stove.I had done some initial internet investigations and decided to go with them. They installed my stove within a week. There was some problems with the unit upon installation and they fixed it right away.

I purchased a stove from Masters in December 2012. They were excellent with helping me select the right stove. Installation went well and I was happy with my pellet stove. I called for service in October 26, 2012, and the owner told me that since I had burned less than 50 bags of pellets since I bought my stove, that I probably did not need to get it cleaned just yet. I thought it was good of the owner to give me this advice as it let me know that he was ethical and would not schedule service if I did not need it. I schedule an appointment anyway because I had already planned for it in my yearly schedule along with my furnance. After my service appointment, I called the owner on November 1, 2012, to let him know that my stove was putting ash on my wall near the window and that the panel behind the stove was separated about 3/4 of an inch from the wall on the left side where the electrical plug comes out. I told him that I noticed when the technician serviced the stove that he had a hard time putting it back in place. I asked him to send someone out to check the stove and to install it properly (make it flush with the fireplace wall) like it was before it was serviced. He told me that when they get another service call for my area that he would call me and let me know they were in the area. I told him that I wanted him to schedule me as soon as possible and he laughed at me and said you want me to send someone out to push the panel back against the wall. He insisted that the stove was OK and I could still use it. I told him that I was uncomfortable with using it while it was putting ash on the wall and that I would not be using it until he resent someone out to check it. He said that was my choice. Therefore, I am waiting on a call from the owner to let me know when they will be in my area. I will follow-up later with the outcome.

Description of Work
On October 26, 2012, I called the company to service my pellet stove that I bought from them in December 2012.

Excellent. It was a very difficult job, and they did a great job. No complaints. We have been using Master's for our yearly cleanings as well.

Description of Work
Masters installed a new pellet stove insert in our house. They also installed a steel liner in our chimney to vent it.

Great to work with, on time, installed everything correctly and no issues since. Owner came out to help select the right stove and saved some $ by sizing the right stove for the area we wanted to heat. Crews are always on time and finish on schedule.

Description of Work
Purchased a pellet stove and installation 2 years ago. Had annual service every year since (2 addl years)

The job went fine. They also did follow up. They were okay. We had a part that was under warranty going out. It took the guy couple of weeks to replace because he didn't have that particular part on hand. The guy who owns the company was little spacey. I would recommend them. Once he finally got the part, he came out and installed on the actual initial installation of the stove. They came and told they were going to come. It took longer than they told it would. There wasn't any issue managing them. They came and did the job in the timeframe they told they would do it. There were not much thoughts that they got it done.

Winston's has been sweeping and repairing chimneys since 1978 and we employ highly trained--in our own training facility--and highly paid technicians to the the job right the first time. We understand you are busy and we won't keep you waiting. We will take pictures of the areas in need of repair and provide them to you. There are no bait & switch pricing games and we offer a no hassle guarantee.  …

All Pro Chimney Service is a full service chimney and hearth company specializing in chimney cleaning, inspections, and maintenance. Our goal is to provide you, the valued customer, the quality service and satisfaction you deserve. We provide quality workmanship, honest and expert analysis on your chimney and hearth products, and most of all a fair and competitive price on any of your chimney and hearth needs. We want to make sure that your satisfaction and expectations are met by All Pro Chimney Service and our chimney sweeps. Our professionals will go above and beyond to facilitate any need you may have regarding your chimney or hearth appliance. At All Pro Chimney Service we believe it is important to educate our customers on our products and services during their decision making process and will help them every step of the way. That’s why we’ve provided our customers with this web site which has a wealth of information about our products and services. We hope you find all the information you need and if you don’t please contact us and we’ll be happy to answer any questions you may have  …

Masters Chimney & Hearth is currently rated 4.9 overall out of 5.

No, Masters Chimney & Hearth does not offer a senior discount.