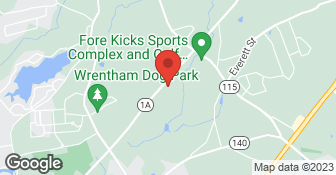 The service was fine.

Description of Work
We go there all the time to the Parts Department to pickup and/or order parts that I need for my small engine repair business. We know all the guys at the Parts counter - they are friendly, knowledgeable, helpfull - share suggestions/ideas & always come thru for us to get what we need. If we order something, it's usually there in a couple of days & they will call us to come over & pick it up.

My husband brought his Ariens snowblower in because it had a fuel leak. The company called a couple days later and said it needed a new carburetor and there may be leaking fuel in the crankcase. Total would be close to $500.00! My husband knew that a new carburetor, labor and a possibility of leakage would cost no where near that amount. He told the caller as much, refused repairs and was told it would cost $50.00 to pick it up. When he went to pick up the snowblower he expressed, again, his concern about the outrageous price he was told maybe they could do it for about $400.00! Now, suddenly, the price dropped $100.00. My husband said that there was no way he was having them fix the snowblower and he would like to take it. Now the price to pick it up changed from $50.00 to $40.00! We ended up bringing the snowblower to a local sm engine repair guy who fixed it for $50.00! He said the leak was in a small rubber fuel line!!!! We used the snowblower twice after it was fixed and has worked perfectly and with no leaks! The Norfolk Power Company we went to was located in Middleboro on S Main St. We heard that they are moving to Carver. We would NEVER go to another Norfolk Power Equipment Company... Carver, Middleboro, Wrentham or any where else!!!!

I have called and left mutliple messages with this company to inquire about getting my snowblower repaired and they never call me back. It's as if I never even called them at all.

Description of Work
I bought my snowblower here and it repeatedly broke down and stalled and they had to keep repairing it.

I buy my equipment there because they are so good in their service department. They are honest and do excellent work on repairs.

Description of Work
They do repairs on my tractor, snow blower, lawn mower, string trimmer, and chainsaw.