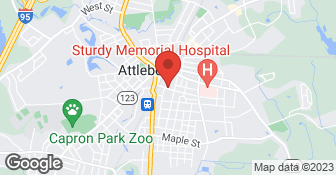 At Scarlett Chimney & Construction, we strive to be the leader in the chimney, fireplace, masonry, and roofing industry. We are committed to providing our customers with the highest quality service at affordable pricing. We are known throughout Eastern Massachusetts for our professionalism and dedication to customer satisfaction. Scarlett Chimney & Construction is a full service chimney, fireplace, masonry, and roofing company established in 2011 by Stephen Antonino in southeastern Massachusetts. Steve is a licensed Construction Supervisor (MA CSL #100213) and a licensed Home Improvement Contractor (MA HIC #126455), who has spent his entire career in the chimney, roofing, repair, restoration, and masonry field. From cleaning to complete construction, Steve Antonino and his crew are the go-to chimney professionals in the Greater Boston area. Experienced in all types of chimneys and roofing, Scarlett Chimney & Construction can quickly assess issues and recommend solutions. Maybe your chimney or roof is leaking? Maybe your stove isn’t working? Maybe you suspect a problem with your flue? Maybe you’d like an inspection for your own peace of mind? Maybe your chimney is about to topple over and you need it repointed? Maybe you need your annual sweep and cleaning? Maybe you’re really old chimney needs to be restored and you’d like someone who knows what they’re doing? Maybe you want to replace your roof and mend any problems with your chimney? Whatever the job may be, we have seen worse and we know how to fix it! Request a FREE Estimate and we’ll come inspect your chimney, fireplace, and venting system....

I went on a heating forum to see if a stainless steel chimney was worth the initial cost over the power vent that I had and it was an overwhelming yes. I got some estimates and decided to go with Scarlett Chimney. They ordered the parts and I asked if they included a barometric pressure draft and he said no but he would order one. I would have thought that they would have known that should be part of it without me telling them. The owner initially came out to look and then later the installer. I have a Directv dish on the roof but I no longer have service. It is almost right at where the chimney is and both the owner and installer told me they would remove that even though that is not part of what I hired them to do. He said they sent him the wrong bracket so he had to come back. When it was finished the bottom base was really crappy work. He was also supposed to paint the wood blocks they put between the siding and the chimney. When he came back with a different bracket he did not bring paint and right after that it got really cold and it was too cold to paint it and they never came back after and painted it which was part of what they said they were going to do. There are at least a couple of spots with good size dents in it. I don't know if the parts came like that or they did it during install and whether it is normal for that to happen. He said it would not affect the operation. The owner came back and straightened out the bottom base to where it should have been in the first place. I did get a really good price but when a company tells you they are going to do something they should do it. This was almost a year ago so I really should have posted this sooner. As a matter of fact I am not sure he is still in business because the website is down and I replied to his previous email for an inspection/cleaning and it was non deliverable. I would hire again but I would make sure what is supposed to be done gets done. He was quick to respond to fix what was wrong but I rated fair due to not doing everything they said they would.

They arrived when expected and worked hard. Upon getting into the areas they were repairing they came across more issues and it took them longer than expected, but the price did not change. They worked cleanly inside and out and cleaned up with no messes left behind. Would definitely use them again and recommend them to anyone.

I would strongly recommend Stephen and his crew. Stephen was extremely responsive via email. He took the time to answer my many questions, and demonstrated in depth and current knowledge of chimneys and fireplaces. Stephen was thorough in looking over the site and explaining the issues that he found. His workmanship was neat and precise and he cleaned up the work site very well. The home inspector had advised us that we needed repointing and a chimney cap. He also mentioned that some interior masonry work was needed and possibly a flue liner. I obtained a total of four appraisals for my chimney. Of the four masons, only two detected the issue with the interior masonry. Only Stephen recommended the flue liner. Stephen's quote was in line with the others for the exterior masonry work. I had no comparison for his liner quote, but it seemed moderate (not low, but not outrageous either). His interior masonry work quote was much lower than the one other one I had. The other mason who had detected the interior problem had quoted me an extremely high figure for the interior work alone. I believe this was because he was planning to hand trowel the interior, whereas Stephen managed with a spray on ceramic cement and some tapped in insulation. What made me go with Stephen was his readiness to answer my questions, from which it was clear that he understood his work and had experience in it. He was also the only one to go down into the basement, pull out the furnace exhaust and peek into the furnace flue (after which inspection he recommended the liner) I look for neatness in work as an indicator of thoroughness and experience. The parts of Stephen's work I could see - like the modifications he did in the basement, and the view of the chimney and cap from the ground - were very neatly done. No lopsided chimney cap with mortar spilling out, like you see on some jobs! So that gives me confidence. I had some concerns with the interior masonry work and Stephen carefully addressed them. At one point he had mentioned that they would leave the place cleaner than they found it. This was certainly true of the basement, which had a lot of debris and ash from the previous owners I had not gotten round to cleaning up, which they did! Stephen also redid some mortar work on our stoop and walkway which was crumbling for no charge, since he was on site.

Thanks [member name removed]! We appreciate you taking the time to write this review. It was a pleasure working with you.

Roque construction is a family owned company, father and sons. We are a masonry company established in 2017, even though we only been in business for 5 years , our mason has been doing this 22 years, great craftsmanship, professional work and skills. We do all mason work: brick , stone walls, retaining walls, fire pits, natural stone, stairs, etc. Free estimates.  …

Scarlett Chimney & Construction is currently rated 4.3 overall out of 5.

No, Scarlett Chimney & Construction does not offer eco-friendly accreditations.

No, Scarlett Chimney & Construction does not offer a senior discount.