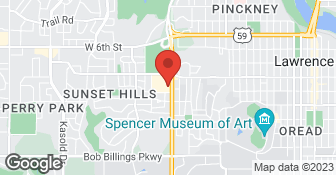 We are a pretty small business, 5 of us altogether. We are insured and bonded and have our own equipment (unless you prefer we use yours). We are fast and efficient. I have been in the cleaning business since 2001. My mom would actually give me a broom or rag and I would love to clean. Since I have been in business I have learned so much I can't even begin to tell you. It's so gratifying and wonderful to make people happy. I love cleanliness.  …

Family Owned Company with more than 15 years of experience, We care for our clients, and we work hard to make our clients happy. we are very affordable, and reliable.  …

3 people came to clean my house for an initial cleaning and I found several items for feedback on improvement from the windows behind the sink not getting cleaned at all, mold remaining in the shower, and dust pushed to the back of dressers and shelves remaining, etc. The pricing was far more than realized upon initial conversation with Becky in the office because the hourly charge is apparently per person in your home as I now understand it. It was expensive compared to a service I had once used that was also local with 3 people. When the post office caused a delayed payment because my check was sent back through the mail which I finally received back over 6 months later revealing the problem. My account was immediately sent to collections with no phone call or second notice to pay my bill. Becky from the office scolded me and point blank told me that I was trying to skirt my responsibility for my amount due. I simply didn't want to pay the overtime charge from the collection agency. When the snafu on the post office's end was realized and made known to Buckingham Palace Becky simply couldn't apologize when given the opportunity as I calmly explained how the way she talked to me made me feel. So, this final phone encounter with her is what has pushed me to leave my review. I have honestly never had such an awful experience with someone in retail type services.

Description of Work
I hired for an initial cleaning

Description of Work
I have used their services for a few months and the results became poorer and poorer. The last time was better (after complaining) and I will use them one more time to how they do.

Only one area, the master bathroom, was cleaned to a level I would expect from a professional cleaner. The downstairs bathroom was not at all clean--the lady who seemed to be the team leader assigned herself to that task, but she spent more time running around looking at what the other two were working on and telling me what a wonderful job they were doing. When the time was nearly up and I went downstairs to look at how clean that bathroom was, I remarked that it wasn't. She said they simply couldn't get it clean in only an hour and if I'd hire them to come back, they could do a better job. I didn't inspect the kitchen until after they left, and I was appalled at how little was done in there. The cupboards may have been wiped down as I asked, but not very well. None of this was anything better than I could have done myself--and in fact did after they left. The built-up residue in the downstairs bathroom shower came off using Dawn and a pad scrubber (to my delight)--in less than an hour. I only wish I'd have thought of that sooner and skipped hiring Buckingham Palace. I called Becky to let her know about my experience with her cleaners (in a respectful tone--I know that nobody likes to be yelled at). She said NOTHING in response--not even a non-apology like, "I'm sorry you feel that way." I told her I would go ahead and pay the invoice but I just wanted her to know. She said, "Okay." Period. I will never use them again and will not hesitate to let others know about my experience.

Description of Work
I requested assistance with cleaning to prepare my house for a showing to a potential buyer. I expressly stated to Becky that the area that needed the most attention and professional help was a downstairs bathroom, and as time allowed, I'd also like the other two bathrooms cleaned as well as the kitchen. Becky said the three cleaners should be able to get those areas cleaned in the allotted hour.

First time we ever hired a cleaner. it will be the last. Ginormously expensive, I could've done the same thing in 3 hours. perhaps they are doctors or something...

Description of Work
cleaned some stuff. not too great. not everything. charged LOTS. OF. MONEY.

Upon review of this account I see that we cleaned for her 2 times in June of 2013 and then she called us on us again in December of the same year. On the second cleaning she did state that she was unhappy with the vacuuming. Since we guarantee our service I did offer to have the ladies return to re-do the vacuuming to her satisfaction and she declined this offer, so I applied a discount to her invoice. She did recall us in December to provide a cleaning before Christmas and she was 100% satisfied per our follow up phone call. She did however mention that due to economics she would not be able to afford our services on a regular basis. We always provide a quote prior to service and we are very competitive amongst other professional cleaning services in our area.
3.0

The first visit was a whole house cleaning which we thought they did very good. They came every 2 weeks after that to clean and maintain, scrub and that sort of thing. I thought the organization was good, the office was fine and they were on time. The job just wasn't getting done to our satisfaction and it progressively got worse. Even when things were brought to their attention the work didn't get done. We were very professional, contacted the office and told them our concerns. They responded very professionally and told us they would contact the work force and make those changes and invited us to try them in the future. I felt like the office part was very professional but we didn't feel like the cleaning crews did what we needed them to do.

Description of Work
Buckingham Palace Housecleaning was cleaning our home. We just dropped them a week ago and started in June.

GREAT. They do a wonderful job and are in an out in an hour! They are always ontime and give us advance notice of when they'll be arriving. They take special requests and most importantly, are locally owned and operated, so no corporate franchise rules of how to do things. Highly recommend them

Description of Work
Buckingham Palace cleans our home every 3 weeks. We like the fact we can specify a smaller crew to save money. They'll do the bathrooms and kitchen on a regular basis and really help with out busy lives