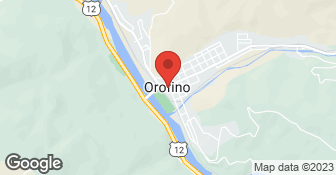 We will pack, wrap, load and unload your home or office with our professional movers.  …

”Long distance moving from or to the west coast only. No local service outside Portland Oregon, Los Angeles California and Seattle Washington.” Local and Long Distance Moving & Storage. Household, Commercial, Corporate services available. Our Mission is To exceed expectations on every move. We live this day in and day out. We provide actual full time movers, not day labor like other companies. Our service is top notch and fully efficient. Our trucks are perfectly equipped for moving with Pads, dollies, Plastic and much more. Our employees are drug tested, trained and seasoned to be the best you will find. This is how we keep our ratings high and claims low. Long Distance Moves take place either from our long distance hubs across the West coast. We are proud to provide a service that no other company offers; Dedicated Trucks. This means that your belongings are loaded on the truck and not combined with anyone else’s items. They are not transferred to other trucks or facilities in route which causes damage and loss of items (typical with van lines). We have a set loading day and unloading day. This is by far the safest way to ship. Our interstate rates are per 24ft moving van that holds up to 8,500lbs or 1400CuFt. Some customers require one truck and some require more. One truck holds the average 1800SqFt.  …

His free estimate was "it won't cost that much." They arrived over 2 hours late without calling. They worked very slowly packing up the house. I told them which storage unit to I had rented and they put my stuff in someone else's unit. They charged me for the time they spent unloading the truck, trying to pack my things into the smaller unit, and then repacking the truck. All slowly. 3 weeks later when I got the bill, it was over $900, which included $25 per week late fees. I didn't pay him fast enough and he started stalking me: waiting on my front porch for me to come home, coming up to me in town. He even wrote the word "POX" on my front door and "put a curse on me and my house." I called the police, who came over and made a report. They told him to stay away from my house. So he kept coming up to me at the bank and other places. He said he could even come to my work. I got him kicked out of Better Business Bureau after I showed them the police report.

Description of Work
I hired them to pack and move my belongings and furniture from a house in Lewiston, Idaho to a storage unit in Orofino, Idaho.

Needed to have a house packed up and moved. 3 days later the house was poorly organized, the kids hired were not professional packers and clearly did not know what they were doing. The work was slow and chaotic. The owner of the company told me the guy he hired couldn't work because 'his back was out' and he still charged me $200 for the day. The next day he showed up with a teenage boy, the guy with the bad back and they worked 10 hours, barely getting the house packed up. It was done in a disorganized, chaotic manner and not remotely professional. They charged me $320 to drive 2 miles and unpack. It was a most unpleasant experience.

Description of Work
A moving and delivery company. Came with used boxes, used packing materials, teenage help that was lazy. Didn't know how to pack and took way too long. Charge by the hour, which was a plus for them.