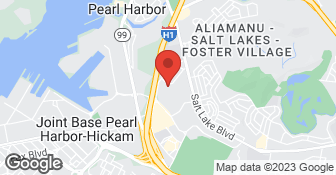 Island Movers has been in business for over 50 years & is the largest, most experienced mover in Hawaii. Cost is determined by job. US DOT #105271...

Local Moving Company, give us a call or click to schedule an estimate today!  …

MOVING WITH CARE Hi, I am Pat Anderson, owner and operator of Local Moving. I have over 15 years of experience in the residential moving industry, and truly care about providing the best service there is on our beautiful island of Oahu. Along with a very experienced crew of hard working guys, personally do every move, so you can expect the utmost care and will be very satisfied with your move! At Local mover in Honolulu, honesty and transparency are our values. We understand that each item is a special piece that brings your home together. We treat your belongings as if they are our own, placing care and attention on every item. Time and professionalism are important to us, and we never add any extra charges or hidden fees. It brings us joy to step in and take the burden off during the stressful process of moving. Our team will ensure your move goes smoothly from beginning to end.  …

From Commercial to residential we are the best in the island. Professional and timely affordable. We also do cleaning, perfect package for 2 in one deal. Our team has over ten years of experience with a positive mindset to get the job done.  …

Went well although there was some damage to glass table topper. We will file an insurance claim. Movers were supposed to repackage glass but apparently wasn't done properly. Estimated time to delivery was right on

Description of Work
Packed and shipped furniture from Hawaii to Oregon

The fact that my furniture sat in a warehouse with 90 degree temperatures for three weeks upset me. They told me it had not arrived yet but I verified with the moving company that it had arrived with the mainland moving company. This felt like they weren't being honest with me. They said they had to process it. Then something was missing in the shipment which they were unable to locate.

Description of Work
they coordinated with a moving company on the main land and delivery to home and including unpacking.

This is a review after buying a fridge from Sears who apparently has Island Movers delivering for them. If I could give 0 or negative stars, I would. One word. L A Z Y. No, two words, L A Z Y L I A R S. I have a two story home. It was built 12 years ago thereabouts and when we moved in the home after we built it, we had all Sears appliances installed. We had the biggest fridge they offered. We've gone through three different fridges because of faulty merchandise but NEVER before have I had such lazy liars in my midst as I have today when I was waiting for my new Sears fridge to be delivered. My stairwell only has 7 steps, a small landing and 7 more steps. No big deal. I've had fridges, huge granite counter tops, premade cabinets, stoves, dish washers, etc. carried upstairs and delivered with no problem. Some of the items had to be lifted over the banister but none of the delivery guys from before EVER complained. Today a guy named Shane and a guy named Kama who were subcontracted from Sears as Island Movers employees to deliver my fridge that I paid delivery charges for, REFUSED.... R E F U S E D to lift the fridge and move it. They even refused to move my old fridge downstairs which was part of the moving agreement. They claimed it was "too big" for the stairway even though I've had three of that same fridge moved up and down before with NO problems. The new fridge I bought is 2 inches wider. They could move it upstairs if they lifted it over the banister. They said it was "too heavy" at first. (THEY DIDN'T EVEN TRY THOUGH). This is just off of him eyeballing it. THEN he said it was against SEARS policy. LIES!!!! I have dealt with Sears for YEARS and they have NEVER EVER EVER refused to move anything nor did they give me any problems and they have been subcontracting Island Movers for years to do their moving. He didn't know the policy number or have a reference to it (of course not) and he called his boss Sunny who asked him if he could do it if he had 4 guys. He started making excuses with her. What it boiled down to is that this guy didn't want to do the job. They started packing up the fridge before we even got off the phone with Sunny (he gave us the phone to talk to her) and just made up lies and excuses. As a local and part Hawaiian, let me just say these delivery men make locals look very lazy and very bad. In his words, it was "impossible" to move my old fridge downstairs even though it has been done 3 times before and it was "impossible" to move the new fridge upstairs. Funny thing... Our staircase is standard size, it's not narrow or small by any means. It's just your average, plain staircase. They did nothing but measure and make excuses and lies. I am beyond disappointed, frustrated and upset. The salesman from Sears called me and is scrambling trying to find a way to help me. He looked in my old delivery logs from old purchases and saw there were no problems or complaints in the past. This is the first time I've ever had to deal with such unprofessional laziness in my entire life. It's a crying shame that now I can't get a new fridge that I needed because of the laziness of two liars. Hopefully Sears can figure out a way to resolve this. Oh let's not forget that Shane implied I was a liar about having the past fridges moved and carried up the stairs. He insinuated that I was a liar and would have had a forklift to move my old fridge up. Yeah forklifts cost more than the fridge. AND Sears has records of their moving guys moving and installing my fridge so yeah bruddah, move on to your next insulting lie. I called Best Buy and Home Depot who also unfortunately use Island Movers to deliver their items. Is there a monopoly in Hawaii where Island Movers has the kind of clout to be the exclusive movers of all appliance sales companies? That's ridiculous. I was born and raised here and this is just beyond disgusting. I will NEVER do business with Island Movers myself and IF Sears is able to remedy this, I give all credit to them. As far as having Shane and Kama deliver your items with Island Movers, BEWARE. I'm sure they have some good guys working for them because if they didn't, none of my old appliances would have been delivered but nonetheless, I guess they're only hiring lazy liars now. Shame shame. The guy told me if we got the model that is 2 cubic feet smaller he'd be able to do it. We'll see.

Description of Work
They were paid by Sears to deliver my standard refrigerator. They didn't even bring it into my house but refused to do their job.

I contacted different moving companies and they never returned my calls. Island Movers answered my call and gave me great information. They are so wonderful! The cost ended up being less than the estimate. They are great and I recommend the company.

Description of Work
I hired them for moving into Honolulu.

Since it was a move within the island, they charge approx $200/hour for 3 movers. We had an Island Movers rep come out prior to the move and estimate the size of the move and the hours it would take. The "upper limit" was 6 hours. The move itself was fine, but the movers had to repack the truck since not everything fit in it, which took a bit of time. We ended up moving the stuff that didn't fit. So, while everything was eventually moved it was not as smooth as we had hoped and it also cost more than we had hoped.

Description of Work
Island Movers moved us within Hawaii. We packed all of the boxes and had them in the living room. We also moved some of the furniture to that place so that there was less for the movers to do.

Description of Work
When we moved from Honolulu to Ewa Beach we used Island Movers based on past experience and referrals. Unfortunately this move was a great disappointment. My wife's jewelry box with two pearl necklaces which were wedding gifts from my Mother-In-Law and a silver necklace which was a gift from her college clasmates at her last reunion was missing. My new digital camera was also missing. Both items were in the same drawer and packed by the same individual. Island Movers has refused to acknowlege any liability. I can understand damages and repair cost are limited, but when an employee commits theft of customer property then the company needs to accept responsibility. As of yet they have not accepted responsibility for their employees and the impact on the company's reputation.

They have moved me before. They also moved my mother. They do a great job. I would give them top marks. They are very friendly and didn't break anything.

Description of Work
I used them for moving.

They were quick and they did a good job. They were not too expensive. I was real happy with them. I got other quotes and they were the most competitive. The quality of the work was excellent. They didn't give an exact time when they would come; they gave me a time frame. I've used them a couple of times.

Description of Work
I used Island Movers for my business. They moved some furniture and they moved a tenant.

..They did a decent job but they were not very efficient or punctual.

Description of Work
..They helped move my belongings from house to house.

They are on time, which is great. They are very friendly.

Description of Work
I used them for a moving job.