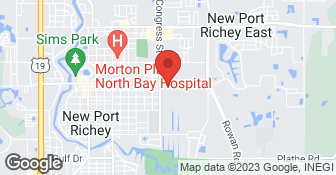 FAMILY OWNED AND OPERATED SINCE 1981

Within 6 months, the water heater failed. It turned out the manufacturer was terrible. There was a 6-month warranty on the heater, but it didn't include installation. I would expect a product like that to include a 12-month warranty and cover the installation. I had to pay an extra $400 for the labor to swap out the new one. I think it's ridiculous that I would have to cover that. After looking on the internet, I've found lots of other people that have had problems with them leaking within a year. I've used them several times in the past with lots of success, but this experience left much to be desired. The first installation tech I had for this was great. The tech that did the warranty exchange had kind of a smart-alecky attitude. I wasn't pleased.

Description of Work
I bought a Bradford-White water heater from them.

The technician was supposed to be arrive at 3. At quarter to 4, I called to check on the status of the technician. They assured me he was coming soon. Another hour went by, and they called me and told me the technician couldn't find my street (quarter to 5). NO FOLLOW UP! I called back at quarter to six and there were only emergency calls available...

Description of Work
Supposed to come out for a service call.

Description of Work
On a Sunday evening he was therein an hr. Fixed my plumbing problems quick and for a fair price. Our main line was clogged at the street!

It wasn't an easy job either. They were so pleasant to be around. They were very friendly and explained everything he was doing. The water heater was very heavy to get out and they tried about four different ways and were finally able to maneuver it out around the washer and dryer and it took about 4-5 tries to get the washer and dryer out too.

Description of Work
I called the provider and told him the nature of the job and also contact information by phone along with the address to the tenants house. I received a call back about an hour later stating the price for repair would be $625.00. When I questioned the price, he stated the price was that high because of what was needed to be done on the job. I spoke with the tenant and they said the repair company had neither contacted her or come over to the house. How can someone quote you a price without seeing the job----very bogus. I did get another plumbing company that came out and made the repair for $125.00. Very unprofessional and unethical.

I moved into a new construction community in April 2013, and A-1 Southern Plumbing was used by our home builder as the plumbing sub-contractor. Here is a timeline of the issues we've had due to their poor quality work and lack of professionalism: 1) within 3 days of moving into the home, sewage started backing up into our shower. We called A-1's emergency line at 11:00 PM. After trying to convince us this was not an emergency, they eventually came out. The main sewer line had been clogged up with "construction debris", and had to be snaked out. 2) A few months later, we had A-1 back to the house to look at two issues in our upstairs bathroom. The first was that the sink gurgled when the toilet was flushed. A-1 has actually been to the house twice to repair this issue, and did not correct it either time. In fact, the sink still gurgles when the toilet is flushed, and we have learned to live with it. The 2nd issue was that water pressure on the tub faucet was terrible when hot water was running. The plumber told me this was normal due to the hot water having to flow upstairs. I have since learned this is not true. 3) In February of 2014, our upstairs bathroom tub faucet began leaking. It took A-1 several days to come to the house, and the initial repair they made did not hold and the leaking began again a day or so later. They came back out and corrected the problem. And, wouldn't you know, this correction also solved the poor pressure on hot water setting issue. I have found A-1 to have very low quality, terrible customer service, and lacking in professionalism. I would highly recommend NOT using this company. I wish our builder had not gone with them.

The orginal installation paper work stated it was a 50 gal tank. When the tech came to rplce it, he found it was really a 55 gal tank.he only brought a 50 gal tank and could not get the larger one , because the distrutor was closed for the day. So he installed the smaller tank. During installation he placed the new tank in the same garage corner was the old one. he did bother to clean the area of a build up of dust debris that had accumlated. I had to ask him to pull the new tank out and cleaned the area it myself. Next he took the old leaking tank out side and set it on my driveway. it continued to leak rusty water which stained a large section of the concrete drivway, which caused me th purchase cleaner a clean up the stains. I also wrote a note on the work order to the Company's OWNER TO CALL ME ( he was presently out town), so I could advise him of the issues.. HE NEVER DID.

Description of Work
They replaced a a water heater that they sold me 3 and a half years ago. The orginal was leaking in two places.

They are wonderful people. They did a great job. If I have to use a plumber I always call them. They are so affordable and do impeccable work. Their pricing is always lower than anybody else's. I would definitely recommend them to others. Their hours are a little incvonvenient for people who work though.

Description of Work
They put in a new ice maker for my refrigerator.

Aquatech Systems Of Tampa LLC is a full service water treatment company for your home and business needs.  …

We are a small family owned business that provides quality water treatment equipment with low prices due to no overhead. I have been a plumber for over 24 years and have plenty of experience in this field. I am very knowledgeable about what kind of system you will need to get the kind or water quality you expect for your home. Water treatment is very important to me and I feel that every home should have good clean quality drinkable water from all the Taps in the house.  …

We are a full service water treatment company that handles any water problems. We are a commercial, industrial, and residential service company. We have over 45 years of combined experience and the owner has been working in this business since 1995. Our company was founded in 2004. We currently have several thousand customers in almost every state and some foreign countries. We believe in good service and affordable water treatment. We accept appointments for Saturdays and do not work on Sundays  …

How is A-1 SOUTHERN PLUMBING overall rated?

A-1 SOUTHERN PLUMBING is currently rated 3.7 overall out of 5.

What days are A-1 SOUTHERN PLUMBING open?

A-1 SOUTHERN PLUMBING is open:

What payment options does A-1 SOUTHERN PLUMBING provide

No, A-1 SOUTHERN PLUMBING does not offer eco-friendly accreditations.

Does A-1 SOUTHERN PLUMBING offer a senior discount?

No, A-1 SOUTHERN PLUMBING does not offer a senior discount.

Are warranties offered by A-1 SOUTHERN PLUMBING?

What services does A-1 SOUTHERN PLUMBING offer?

A-1 SOUTHERN PLUMBING offers the following services: ALL PLUMBING SERVICE,REPAIR,STOPPAGES,REMODEL,WATER HEATERS,SOFTNERS,RESIDENTIAL AND COMMERCIAL