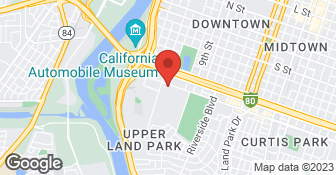 Welcome to Pinnacle Pest Control, Inc. Pinnacle Pest Control is located in Sacramento, California and services homes and businesses located in the greater Sacramento Region. In business since 1998, Pinnacle's principals have over 30 years experience providing the full range of pest control, termite control and repair services. Our Mission Statement: Pinnacle Pest Control, Inc. will continually strive for a commitment to excellence through a high regard for customer service and the growth and development of our employees. Both of which will be achieved through responsible management at all levels, continuing education, community involvement and the use of the latest technology available in the pest control industry. Our Commitment: Our customers will see our commitment to service as soon as our technicians arrive at their front door. All Pinnacle's technicians work in full uniform and drive clearly-labeled professional trucks with our logo. Our technician's are licensed, bonded, insured and qualified to eliminate all types of pests from your home or business. You can trust our service professional to treat your home with the same level of dedication and professionalism as they would their own....

With over 25 years of experience in kitchen and bath remodeling, we will help you navigate your project from concept to completion. We will provide you with an efficient and streamlined service, ensuring the highest level of workmanship and least amount of disruption on your project.  …

Ever since January 1, 2000, Official Pest Prevention has been offering outstanding pest control service. Our state-licensed technicians are highly trained to perform a range of services, from chemical baiting and spraying to trapping and eco-friendly pest treatment. Whether you dealing with a simple removal job or an extensive extermination, you can count on us to come equipped with the resources to get it done. We also provide a full range of pest control options, including spider control and insect control for cockroaches, ants, wasps, and more. Our rodent control service takes care of rat and mice in your attic and after treatment we can inspect for entry points that need to be closed up as well. Call today for a free estimate, and make Official Pest Prevention your official pest control company.  …

I've used Pinnacle for several years. I did not have any problems until they changed who serviced Vacaville from Sacramento to Concord. I used to have a Tech named Andre, who is a companies dream employee. He seemed like he genuinely cared about the customers and would go above and beyond to satisfy me as a customer. The only problem I had at that time was with billing. They would call me or send letters to remind me that I had a balance, I ignored them because I gave them my card to auto bill me. After they sent me to collections I called them to see what happened, I was told the my card was not on file. Ok, no problem so I gave it to them again. Next billing cycle I started getting notices again so instead of ignoring them i gave the card to them again. this happened one more time before i said i wasn't giving you my card again and i will just call in when payment is due. I kept the service because of the tech Andre was a great representative of the company. Then the switch over took place and i was assigned a new tech and he would never give me a heads up that he was going to be in the area, he would spend about 5 min filling up only 1 of 2 bait station and that was it, he never sept for spider webs. I met him once and I showed him once and he seemed like a good guy so this is not a strike on him personally. I made complaints over and over again and nothing happened, I don't even think my complaints were ever escalated to the manager. So, in protest I held on to payment and they sent me to collections. I paid it no problem. I called today and I was immediately transferred to the manager and she told me that they didn't want my businesses because I didn’t pay $100 for a service that i wasn't receiving. She literally got offended that I would not pay for their lack of service. I told her that she should be more offended that you have a tech who is misrepresenting your company. If business is so good for you that you can disregard customers complaints, keep that same energy and let's see how it will work out for you in the end. CONSUMER BEWARE STAY AWAY!!!

I have used Pinnacle Pest Control for 3 years and don't ever plan on changing. My technician is always calls the day prior to service, is always prompt and on time and is very informative if I have a new "pest" on my property. When I have had to call to change my CC# or deal with the front office staff, they have always been courteous and professional. I highly recommend this company all of the time to family and friends.

Then a dude named Kevin comes out on the specified dates to spray for fleas. I ask where is Jason, and he says, "Jason is busy, so I'm helping him out." Ok, who cares. Just spray. After 2 visits, Kevin says that he thinks the fleas are gone and that Jason would be coming out from now on to do the general pest control. I say, wait what, I should be getting flea control every 2 weeks like I signed up for. He says that if he doesn't see fleas, they won't come out anymore. I said that's what I signed up for. He says they don't fight against what they don't see. I said, so how will I protect my dog? That's the whole point of getting pest control for the fleas, so I can avoid the bite to begin with. So, basically, Jason signed me up for his general pest control, which includes flea service, when I specifically requested flea service, and he told me general pest is included. Kevin says talk to Jason. Jason says talk to the manager. The manager David calls me and says: -we try to make the contract simple with 5 points -you signed the contract I reply: your sales person misrepresented the service. I believed that I would be getting biweekly flea service He replies: I wasn't there, so I can't confirm that. I reply: you have a customer telling you that a salesperson has misrepresented your company, and your response is that you weren't there? You can't be everywhere. Where is the concern for unethical business practices? I want to cancel. He replies: the contract is simple, you signed it. if you cancel, you owe 50% of the balance. Company can't be bothered by misrepresentation of services.

Description of Work
I called Pinnacle to come out because I had fleas in my backyard. On Oct 13, Jason is the salesperson that came to my house. I specifically told him that my dog had gotten bit multiple times and the vet bills are expensive so I would like to get rid of the fleas and get proactive so it doesn't happen anymore. He said they would come out every two weeks to address the fleas because their spray addresses adult fleas, not the larvae, so they need to do a few rounds a treatments. Great. Jason says that I can sign up for a years worth of service, billed every three months. Weird billing cycle but whatever. Jason also says that included in my service is general pest control (cobwebs, etc). I specifically tell him I don't care about that, what I'm most interested in is the biweekly flea control. Jason walks me through the contract quickly, circling the months that I will be billed.

Was scheduled for a 2-hr appointment with Jason, after the two hours expired, called to find out if something was wrong. There was not a record of my appointment on Jason's schedule, and soon found out that my appointment had been cancelled because 'slugs aren't guaranteed' and Jason was supposed to contact me, but didn't. I rearranged my schedule to accommodate the visit, and I was left hanging. Scheduler apologized profusely, and Jason called himself to apologize, but only after screwing over my afternoon. Completely unprofessional and unacceptable. Will never hire again.

So far we've had 2 services. On schedule, timely arrival, professional and courteous. We have been very pleased with their work and results!

Description of Work
1) they agreed to come submit a npma33 form upon va request. 2) they insisted on inspecting things not listed on a npma33 which is a termite inspection. They listed bubbled paint on the ceiling, a broken door jam, a non working garbage disposal as items required to be fixed on a termite only inspection 3). They said they were going to hold our refinance ( this is for our own home) closing and that I could hire them to come fix all these things ( conflict of interest). Since when does a termite company fix paint and garbage disposals? And then I would have to pay for another inspection. Oh by the way, your house is free of termites but we need to extort money out of you somehow 4). Now they say they won't file the form VA specifically requested. Could it be because there isn't a place to add on all these other things ?

The subterranean termite treatment was fine. The treatment I have received by the pest control department was abysmal. My fault: I lost the paperwork provided by the technician providing the service estimate. Over nearly 2 months I called three times and apologized for losing the paperwork three times. I asked them to please email me the paperwork. They said they would. They didn't. Next I tried snail mail. They didn't. Finally, I asked for both. Still nothing. Fourth time (why did I call four times?), I asked for a manager and there was no one available to speak with me. I have worked with other companies that were much more responsive than this one. I just wanted to try a local company because I believe in local business. Apparently, this business needs to get their act together in their pest control department. I did not appreciate the constant pointing of fingers at other staff.

Description of Work
They provided subterranean termite treatment in 2013. We paid about $1000 for the treatment. All was well. Then in July we asked them to provide us with an estimate for general pest service. That is where the problems began.

Day of the service the team was on time, very polite and the job went very well. They also took the time to explain how the treatment works - the orange oil kills the termites but has a short life and timbor was used to extend the treatment protection. I really appreciated them sharing the information about the treatment.

Description of Work
Pinncale Pest Control treated my house for an isolated infestation of drywood termites with orange oil treatment in the walls and timbor in the attic. .

They did a thorough job and explained what they found.

Description of Work
They did a whole house inspection

I haven't had any pest now. They do a very thorough job that way, do their job, and very courteous. They call me a day before they come here.