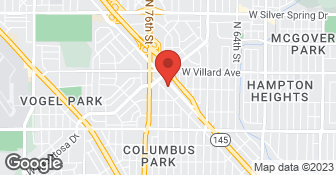 Description of Work
Replaced transmission on '04 Honda Odyssey. Went well. Had a tow come - very reasonable ($70) and new transmission strong. Done in a day. We are pleased. Drove on long 750 mile trip no issues.

It was beyond the 24 month warranty, however my car only has 10,000 miles on it. Even though it was beyond the time frame, I wanted to have them take a look. They quoted me $800 to fix the issue. I took my car in on May 27th and did not get it back until June 15th. When I got it back, I took it for a test drive and nothing had changed, the passing gear was still not performing correctly. I was told to bring it back in the next day (the 16th) and they would fix it. I brought it in at 7:30 a.m. and they said they could not get to it and to come back at the same time the next day. When I came back the next day, the same thing happened; they said they could not get to it. They said to bring it back again on June 20th, and they would for sure be able to work on it. The same thing happened again they gave me yet another date (23rd) to come back when they would be sure to get to it. They checked it out and said it would cost an additional $100 for a part plus labor because they found another issue. They refused to provide an itemized list for the work that I had already paid for. He said if I brought it back the next day, he would resolve the issue at the additional cost and I would be able to pick the car up that evening. When I went to pick up the car, they had not done any work and again told me to come back the next day. I decided to leave the car for them to work on. When I called they were still not done and pushed it off yet another day. I went there today right when they opened and picked up my car which has still not been worked on.

Description of Work
I had my transmission rebuilt by them two years ago. The passing gear was not performing correctly and I took my car in to have it checked.

Meticulous Auto and Truck, Inc. has been a family-owned business since 1989, dedicated to meeting and exceeding all of your auto and truck collision repair needs. Nick’s 30 plus years in the automotive industry is highlighted with 10 years under the tutelage of Butch Emil Brinza. Butch is nationally recognized for his award winning workmanship in the automotive industry. Nick brings the same attributes to his everyday customer’s needs. As an I-Car Certified facility, our staff of experienced technicians continuously train in the latest industry standards to meet new vehicle demands. Over the years, we have built strong relationships with insurance companies and other service leaders within our industry, providing customers with the most hasslefree experience possible. Meticulous has an excellent reputation within our community because we value our customers. Nick Campanelli is currently President of a Milwaukee Business Association supporting the area’s business growth. We appreciate your confidence and look forward to the opportunity to work with you the next time your vehicle is in need of repair.  …

How is DJs Transmissions overall rated?

DJs Transmissions is currently rated 3 overall out of 5.

What days are DJs Transmissions open?

No, DJs Transmissions does not offer a senior discount.

Are warranties offered by DJs Transmissions?

What services does DJs Transmissions offer?