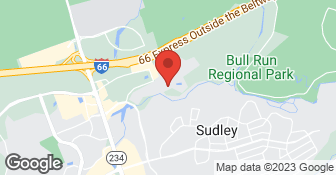 Pullin Electric Inc is family owned and operated class "A" contractor located in Manassas,Virginia. We are a small business dedicated to providing great customer service, with quality products and custom fit solutions for our customers electrical needs. Owner and president Mike Pullin, has been working in the electrical trade for 30+ years in the DC Metro area. Pullin Electric is comprised of knowledgable team members who strive to offer quality, professional electrical service!...

Pullin Electric was hired to install a 60kw whole house generator. Approximately, over $45k was spent on this install. Approximately 8 months after the installation, our generator started to fail. Owner, Steve Fine, came to the property a number of times to fix a wide range of issues. One of the first feedbacks from Steve was that someone vandalized the generator. Specially, Steve says someone stole the oil cap and caused the oil to spray everywhere inside the generator. At first, I thought this feedback was highly improbable as we have security cameras all over the property and showed no evidence that anyone came on to our property in the middle the night to steal the oil cap. But we let this feedback go as Steve came across as a very trustworthy and personable person. He even brings his newborn daughter from time to time when responding to generator issues. Over the next 24 months, pulley for a fan broke twice, wiring hardness needs to be replaced, generator won’t start when power goes out, etc. Three times, Steve had me go out in the middle of the night to manually start the generator and one of those times was during a rainstorm. Again, we were being patient with Steve, as we had no reason to believe anything other than he is trying very hard to fix a wide range of issues. He would sent out his staff and at times he would personally come out and try to do the repairs. Around the end of the 24-month period, Steve calls and asks that we cover a $1,400 wiring harness. We thought this request was suspect given we paid 5 years of warranty that covers labor, parts, and trip. Pressed Steve further, Steve appears to be bothered / irritated by our request that he guarantees the new hardness will fix our generator. Steve would not provide a guarantee that the hardness would fix the problems and told us he can no longer take the time to fix our generator if didn’t agree to pay a revised $1,600 estimate. Later we found out from our attorney that contractors are no longer liable for installation issues after 24 months of original installation date. Appears Steve waited two days after the 24 months period to...very calculating. Without a contractor to continue to fix our generator, we called Generac and they recommended a new contractor to diagnose and fix the generator. The new contractor, Northern Virginia Generator, showed up and spends the next 3 weeks fixing one issue at a time. They demonstrated that our generator was running over 1,000 degrees Fahrenheit (see pic) and that the oil cap melted (versus Steve blaming on vandal) and they found melted parts of the cap inside the generator. They also showed me evidence of generator catching fire previously. Northern Virginia Generator advised that we no longer use the generator as the gas main was about 15 feet from the generator and garage was about 20 feet away. What Northern Virginia generator didn’t want to happen was for the generator to catch fire again and cause an explosion. We were shocked that Steve at Pullin Electric appears to withhold this highly dangerous fact from us for 18 months. We trusted Steve, we got to know each other’s family, and he withheld this from us is criminal and heartless. We did refer him to three of our neighbors and all three neighbors told us of various issues with Steve, including shouting matches and Steve talking down to them. Steve always came up with rebuttals placed the blames on our neighbors. Now we know who Steve really is.

[Member Name Removed], Im glad you found a good company to take care of your generator. Its very disheartening that you would go after me personally like this. Say what you want... but there was no melted oil cap. I looked all over that unit and It wasn't there. You didn't install the cameras at the generator until after this incident. I did ask you to buy a new wiring harness because the one you had was melted with oil all over it and couldn't be returned to the original condition. Considering the issues you where having I honestly told you, it would be wise to change it out. If it where my unit and a part which was vital to the generators operation was in that condition, then I would replace it too. The rest is just inaccurate. Why would this company return the generator to operating condition if it was too close to the gas meter? Either [Member Information Removed]... I want nothing but the best for you and your family. I was always honest with you. If you ever needed anything I would be there, even now.
5.0

Good. Coordinated wiring with landscaper for a great finish to new hardscape at driveway entrance.

Good. The work less than the allotted t ime

They were professional, thorough, and reasonably priced. I would definitely call them again.

Description of Work
Dryer cord and internal wires needed to be repaired/replaced.

Thank you for your business it was a pleasure working with you! We appreciate your review. If there's anything we can do for you in the future please give us a call.
5.0

Wonderful!.. added an extra outlet in my laundry room that my builder didn't put in .. I needed it for a cordless vacuume.. they even installed the holder on the wall!! Very happy!!

Description of Work
Great job..great customer service!! My husband was impressed with the cost and the quickness of availability to get the job done within the same day I called...Will definitely use again!

i suspected i had possibly one bad GFCI outlet or short. Pullin found that two distinct problems (poorly wired outlets) that we're causing the problem

It was perfect. They were on time, friendly, and the work performed was of the highest quality. i will use them again.

Description of Work
Replaced two breakers and a switch.

Great once they showed up. The first appointment they did not show up. Offered no compensation for wasting my time. That's why the B.

The two person team were on time, finished all work in 30 minutes, and were very polite and professional. I highly recommend Pullin Electric Inc.

The two gentleman that performed the service were courteous and knowledgeable and got the job done quickly and correctly.

Description of Work
Technicians corrected two switch/outlet configurations that were not operating properly.