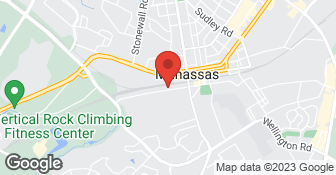 Welcome to our service center. At Olde Towne Auto Repair, we provide full maintenance and repair services for all vehicles. Our team has proudly serviced the Manassas area for over 25 years. We are proud to offer you "Peace of Mind" Warranty for service and repairs for 12 months or 12,000 miles. There is no greater peace of mind than knowing you have one less worry by having your vehicle serviced by professionals. To provide you with the best service we can, you can visit the MyCar section of our website to see when your next service is due as well as your service history with us. Also, to make booking service more convenient, you can make an online appointment request. We look forward to serving you and proving that we understand the safety, affordability, and convenience that NAPA AutoCare can provide

No problems. In and out in about an hour.

Description of Work
Mount and balance new tires (bought from an online source) and dispose of old tires.

Took to Old Towne Auto Repair for troubleshoot and repair. 2 ignition coils had failed. I had them replaced on my 2002 Chevy Trailblazer 6 cyl. engine. The work was done very well and within the time frame and price estimated. Price was very fair and shop is very honest. I have been a customer here for 17 years. An excellent Auto Service and Repair shop.

This place was great! I first called and got an estimate for the service, which can pretty tough everywhere else. Then when I asked about if they could do it today, the gentleman said they were booked solid today but still could slip me in in an hour! Arrived on the and the service was done within an hour. This place is great and I will definitely be going again.

Description of Work
I took my new tires in for them to install. They did it for a great price. Other places will charge you 50% of your tires. It was exactly as advertised; therefore, I gave them an average A rating. The email communication needs to be worked on but overall it was great. I will be using them again very soon. Hopefully the professionalism and cost remain the same.

Description of Work
Annual safety and emissions inspections. They replaced a sensor that caused Engine Light to come on. I dropped car off the night before and the work was satisfactorily completed by 5pm the following day.

This is a family-owned business. I had called other shops for price comparisons and received a great quote from OTAR. Met and spoke with the owner, John. Easygoing guy and very friendly. I was able to drop off my car in the morning, and John gave me a ride back home (about 12 minutes away). Had my car finished in the afternoon. Excellent job. Excellent price.

Description of Work
State inspection, replace headlight and signal light, oil & filter change, replace rear wiper blade, checked heater concerns. I love these guys!!! I can go in and ask them to check out concerns with no worries about honesty!!!!! They will only "fix" what is actually wrong!!!!!!

I took my Subaru in due to a recurring check engine light. The appointment was very easy to schedule via their website. I had the light checked previously by a different shop and was told that the catalytic converter was shot, but I was unhappy with their service and prices. OTAR checked the light the same day, and promptly called me to let me know that they had indeed pulled a code for the catalytic converter, but as there were a few other codes that came up as well, they wanted to keep the car overnight and run some further diagnostics to ensure that the root cause was indeed the catalytic converter. Unfortunately, it was, but I really appreciated the extra time that they took to confirm the repair that needed to be done, as converters are not cheap. As the car was fine to drive, they let me pick the car up so I could use it while they waited for the part to come in. I was also given the option to wait and replace it before my next emissions inspection, which I declined, but the gesture was appreciated. Once the part came in, they had it installed within a few hours. Both John and Bob were very communicative throughout the entire process. I am quite happy with the level of service and care that they provided me, and I will definitely use OTAR for any work that needs to be done in the future.

Description of Work
Replaced the catalytic converter on my 2008 Subaru Tribeca.

I would absolutely use them again.

Description of Work
They worked on our car.

Vehicle was showing "service engine soon" light. Old Towne Auto Repair found 4 error codes and believed that the oxygen sensors were responsible for all the codes. They replaced the sensors which corrected the problem. Work was done on-time. Additionally, vehicle was showing a warning light indicating that the tire pressure monitor system was not working. As the vehicle was 8 years old, I suspected that the batteries in the sensors were failing, so I asked them to check it out. They found that sensors were not "communicating" with the monitoring system and they were able to reprogram the system. They did not charge me for that service! This is the first time I've used Old Town. The facility seemed very neat and clean and professionally managed. I am very happy with the service I received and will definitely use them again. They also offered a discount to Angie's List customers, which they honored. It's not why I chose them, but it's a nice bonus.

Description of Work
I've taken my Nissan Xterra to OTAR for most basic maint needs ... oil changes, brake pads, inspections, etc. My last visit in Jan 2014, I took my car in for an oil change and new brake pads. When I went to pick up my car I found that I was only invoiced $35 for the oil change. I was told that my pads were just fine. Refreshiung honesty in todays marketplace. Professional service, competitively priced, convenient hours and location. I will continue to have my car serviced there and have recommended them to others. | | |

They have excellent customer service, and they work in a timely fashion.

Description of Work
I use Olde Towne Auto Repair for auto repair.

They are really good. They were responsive, professional, and reasonably priced. They got me in and out really quickly.

Description of Work
Olde Towne Auto Repair did my brakes.

I have had my battery replaced here previously and had a great experience. Fast, courteous, friendly service at a reasonable price so when my car made a horrible noise yesterday I did not hesitate returning. Well, it turned out it just had picked up a random rock and tossed it against the metal hard. They put the car on the rack and checked it all out. Car is fine and they charged only $25 and change for checking. Since I left the car with them and was not present, they could have done unnecessary work and made some bucks but the didn't. Olde Town Auto Repair is definitely my new go to auto shop!

Description of Work
to check a nasty noise my car made.

I have been using Olde Towne Auto Repair for years. This repair was spot on, as all of their repairs always are. The cost of the part was $740.00. Considering I also had my state inspection done at the same time. The overall charge was very reasonable.

Description of Work
The a/c control quit working. This is one of those controls that you set the temp where you want it. Then the unit gives you heat or a/c. depending on whats needed.

Glad I found these guys. I do most of my own work, but there are times when a shop has the resources I do not. These guys are great, always felt they were trustworthy and honest, never trying to up-sell you on anything. If it's minor, they tell you. I recommend them to all my friends that need repairs. Way better than rip off dealer shops.

Description of Work
Always take my vehicles to them for routine maintenance, flushes, A/C charge, etc. and whatever other service pops up.

I could drive my car in neutral but I couldn’t put it in park and reverse. They fixed it for me. I went to pick up my cars after hours but I realized that one of the tires were flat. I don’t think it was their problem but I left the key with a note and got a call in the morning after they checked the tire and put it back at no extra charge. I have recommended them. They are really good.

Description of Work
I took my car to Olde Towne Auto Repair as I couldn’t shift gears. They also fixed a tire for me.

The only reason I do not go to them anymore is because my Toyota works so well. We were going to to buy a car one time and we drove it to him about five minutes before close and he drove it for about two miles. He told us that he did not recommend us buying it because it was used very hard before. He once was working on our daughters car and he said he had to charge us $600 to take off a part that was really hard to get to. He let us take the part off and he only charged us $200 to fix the original problem. We have called him in the morning and he said that we can have the car back back by the next day. would just drop it off and leave it unlocked and it would be done the next day. If there is something seriously with a car, I would go to him.

At Nova Family Auto Service, our goal is to completely satisfy our customers. We have updated our facility with the latest computer and diagnostic equipment. We employ ASE Master certified technicians to provide dealer quality services at a fraction of the cost to you. You can trust us to fix your car right, the first time!  …

All statements concerning insurance, licenses, and bonds are informational only, and are self-reported. Since insurance, licenses and bonds can expire and can be cancelled, homeowners should always check such information for themselves.To find more licensing information for your state, visit our Find Licensing Requirements page.
General Information
Free Estimates
No
Eco-Friendly Accreditations
No
Payment Options
American Express, Discover, MasterCard, Visa, Check
Senior Discount
No
Warranties
Yes

Olde Towne Auto Repair is currently rated 5 overall out of 5.

No, Olde Towne Auto Repair does not offer eco-friendly accreditations.

No, Olde Towne Auto Repair does not offer a senior discount.