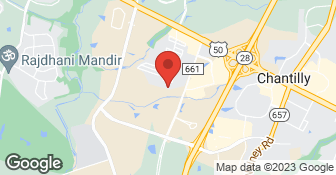 Established in 1992 by Brothers Mike and George Koditek. Windshield City takes pride in offering its customers the best service at a fair price. Windshield City specializes in Lexus, Acura, Infiniti, BMW, Audi, VW, Volvo and Cadillac. It’s reputation is for quality and service is so well known, Windshield City has consulted for Lexus Motor Company, Hyundai Motor of America and the major glass manufactures including Safelite, PPG and Pilkington. The three technicians on staff have an average have 18 years of experience in the automotive glass industry. Insurance Company Approved. We bill claims direct. Million Dollar Inventory of Foreign, Domestic & Classic Glass

Description of Work
Replaced broken side rear window. Prompt and efficient. Took as long as they said it would and did a good job. Provided coffee and snacks while you waited.

Mike was very responsive and very nice to deal with. The windshield was a dealer mandated part for a first model year and the part had to be special ordered because no one in the Mid-Atlantic had one in stock. Mike kept us informed to what was happening and had the replacement shipped in and installed in two days.

Absolutely professional and friendly service. No hassle to schedule an appointment and clear insurance coverage . They are very knowledgeable and competent with a minimum of wait time. Highly recommended..

Description of Work
Great family owned business, top notch in customer satisfaction. And I was able to arrange everything via e-mail which was great while traveling.

They had great reviews. It was great.

Description of Work
They replaced the windshield.

After reading Yelp reviews about this shop, I decided to schedule an appointment to get a cracked windshield replaced. I emailed them the details of my car, 2009 Toyota Venza, and they sent back a quote within 24 hours. After comparing this price with other shops, I felt it was competitive, and based on the good reviews, I brought my car in a few days later. I showed up first thing in the morning and was greeted by several employees and the shop owners. Everyone was cool and down to the earth. They got to work immediately. Instead of waiting in the garage, the owner gave me a gift card to a local bakery across the street. The card was good enough to get me large coffee and a pastry. That pretty much made my day. About 45 minutes later, I walked back to the shop and my car was done. I couldn't have been happier. Friendly, fast service. If I ever have another cracked windshield, I'm coming back to Windshield City.

shield onto the new windshield. Less than an hour later I received a call stating they were done. The new windshield looks great and is even slightly tinted like my old one. I was originally quoted $235 but once the service was performed I was charged $223. The people on the phone were friendly, the people replacing the windshield were very friendly and I am very satisfied with the final result.

Description of Work
I called them after a severe snow store about a crack in my windshield. They were unable to come by that day because they were backed up due to the inclement weather. The man on the phone was very cordial and explained when they would able to change my windshield. I called several other windshield places and none of them could provide the service any earlier and all of them quoted at least $150 more. I decided to go with Windshield City and I didn't regret it. I called back and gave them my car model and year so they could order the windshield. A few days later they scheduled a time to come to my job to replace the windshield. All I had to do was unlock the car door. They explained that it would take 90 minutes tops and they would place the stickers I had on the old wind

They do a phenomenal job. He quoted a price and came in just under. Very honest, very efficient and professional shop.

Very accommodating, very professional. Estimate was similar to another estimate for a vendor farther away, so the cost was competitive.

Mike was great. He gave a competitive quote, accommodated my schedule, and did an excellent job. He does all of the glass work for Audi of Tysons Corner, so I was comfortable entrusting my vehicle to him. I appreciate the kindness of Mike and his staff.

Description of Work
Replaced windshield for my 2008 Audi A4

This is the second time I have used this business. The first was to replace a badly cracked windshield on my VW Bug. I was very please both times. I hope not to have to replace another windshield any time in the near future but if I do I will go back to Windshield City. It is nice to deal with a business that actually performs up to what they promise. Nice work guys!

After researching Angie's list and making a few calls to A rated companies, Mike was the first one to say, let me take a look to see if it was just a seal issue. He continued to say, he'd look at the windshield to see if it just needed re-installment, and worst case, have to be replaced. I like that he didn't automatically go to, replacement, the other companies did. After examination, Mike said it needed to be reinstalled which made sense, as he showed my husband and I that it wasn't sealed properly. He told us he would do everything possible to use the existing windshield. The reinstall is beautiful, much better than the company who did it originally.The windshield is sealed and looks like it came from the factory, and there is no more air leak noise. Mike did a wonderful job. Highly recommend!!

Description of Work
I bought a used 2012 Infiniti that had a replacement windshield which I didn't know when I bought the car. After driving it a while, I was sure that I heard excess wind noise. I decided to have a professional take a look.

Very prompt and professional. Very willing to answer my questions later that evening and offered to answer and respond to any issues I might have

Description of Work
Came out to my house and replaced a broken windshield on my Honda Odyssey.

Thank you so much for your wonderful comments. Customers like you is what makes are efforts all worth while. Have a great 2013 and again thank you for your business. Mike.
5.0

Two gentlemen arrived at our house to replace my wife's Jeep windshield. They were extremely efficient and polite. Completed the job in about 45 minutes and even took the time to replace the rear view mirror which was missing a screw. Always will use these guys and recommend them to everyone.

Thanks Member for your great review. Getting this type of postive feedback really means alot to myself and our staff. Looking forward to seeing you again. Mike.
5.0

I talked to Mike on the phone to get an estimate and then had him come to replace the glass on my Highlander. I did not realize that the windshield on my car had a special defrost feature and needed a different type of glass. Mike had no problem taking the glass he had already brought back to his shop and ordering me the correct type of windshield. Once the windshield was in he worked with my crazy schedule to get a time to come to my house to do the installation. He was fast and professional. I would definitely call him again if I ever needed another windshield!

Description of Work
Replaced the windshield on my Toyota Highlander

Member, Thanks for your kind note. Customers like you are the best and make the day go by a little faster. If I can ever be of help again please call me. Mike.
5.0

Fantastic excellent experienced and friendly staff. took less than one hour to complete and very impressed.

Member, Thanks for your note. Really enjoyed our conversations. Thanks again for your business. Mike
5.0

Perfect. I called and spoke with Mike. He accommodated my schedule. As it was very cold and windy, I offered to take my Toyota 4Runner to their office to have the windshield repaired. They repaired it within an hour or so. The called and offered to drop the car off in my office parking lot. They arrived as promised. The job is nice and clean. I don't know how they did it, but my inspection sticker, EZ-Pass, and other decals are in the exact same place as they were on my old windshield and don't even looked like they've been moved. Very nice people.

Description of Work
Replace windshield on my 2004 Toyota 4Runner. Remove EZ-Pass and safety sticker and replace on new windshield.

Member, Thank you so much for your kind words. Because of customers like you we have become part of the Angie's List family. If in the future we can ever be of service in the future be give us a call. Thanks again. Mike
5.0

We had the passenger window of our car smashed smashed in on a Fri nite. Called them Sat AM and had new window Tues afternoon. They were extremely responsive, gave an accurate estimate, notified us when they would be at our house and did an exemplary job. Very smooth transaction

Description of Work
replaced passenger side rear window of car

Thank you for your business. Please call us if we can ever be of help in the future. Mike
4.0

I had to special order and wait for my windshield for a couple of days, but once it was in they were able to schedule installation the next day. They called about a half hour before arrival to let me know they were on their way. The installer was very curteous and professional. The windshield was installed in about 45 minutes in my own driveway

Communication was excellent. Price was consistent with quote I received online. Chris, the installer, called and arrived a little head of time. Installation was smooth and quick, less than an hour. Work was neat and clean with no residual installation materials left behind, on and off my vehicle. Great job.

Description of Work
Replaced windshield on my Jeep Grand Cherokee.

It went just as expected. Mike was very professional and pleasant to work with. He was able to reuse the seal, so that saved on the overall cost.

Description of Work
The windshield on my Toyota Avalon was replaced.

Glass Replacement and Repair including Windshields, Side and Back Glass. Also specialize in hard to find side, back vent glass and ready-cut side mirrors. Sliding rear windows for pickup trucks. Free mobile service.... Ask about our Wiper Replacement Special!

How is Windshield City overall rated?

Windshield City is currently rated 4.9 overall out of 5.

What days are Windshield City open?

No, Windshield City does not offer eco-friendly accreditations.

No, Windshield City does not offer a senior discount.

Are warranties offered by Windshield City?

No, Windshield City does not offer warranties.

What services does Windshield City offer?

Windshield City offers the following services: Glass Replacement and Repair including Windshields, Side and Back Glass. Also specialize in hard to find side, back vent glass and ready-cut side mirrors. Sliding rear windows for pickup trucks. Free mobile service.... Ask about our Wiper Replacement Special!

Are there any services Windshield City does not offer?